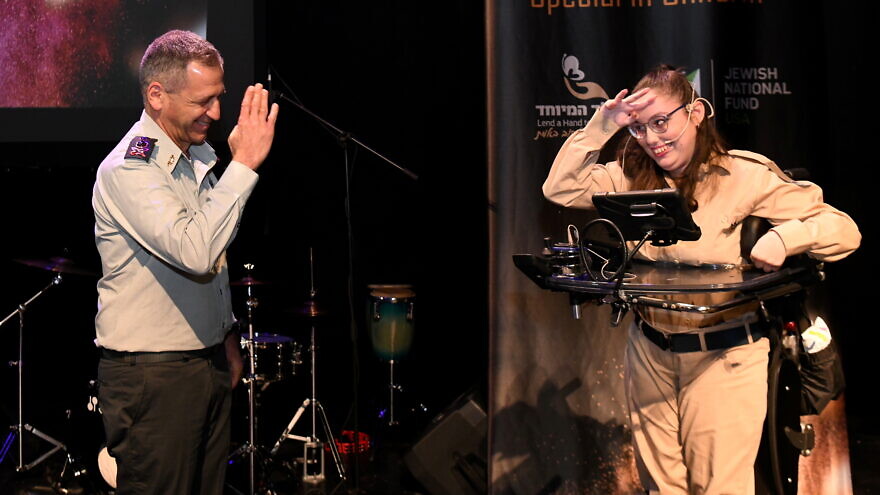 A heartwarming event took place yesterday Sunday, October 24 in the Air Force Center in Herzliyya on the occasion of Special in Uniform’s annual benefit for IDF soldiers with disabilities.  JNF-USA and IDF’s pioneering military inclusion program Special in Uniform (SIU) incorporates 750 young people with a variety of physical and mental disabilities into 60 army bases around the country where they perform important work for the military and serve their country and nation faithfully.

In an inspirational and moving speech delivered by IDF Chief of General Staff Lt. General Aviv Kochavi, he expressed: “The IDF promotes solidarity when it takes four people from different places and places them together in a tank. This is how the [army] creates and promotes solidarity, and that’s what occurs in all its divisions. But when the IDF meets Special in Uniform’s soldiers, [solidarity] acquires a whole new meaning and significance. Anyone who is involved in this incredible project connects via these mechanisms of the IDF to the nation’s army and the nation in its entirety. I want to tell all you soldiers in Special in Uniform that you are blessed in the IDF, you are essential to the IDF, and you are wanted by the IDF! And I promise you that if you increase the numbers of new recruits, we’ll find a place for each and every soldier who joins, whoever they are!”

The event also spotlighted SIU’s brand new military band which premiered with a stunning new performance. The band was established by members of the Portrait Band, Ron Rosenfeld and Amir Peri. 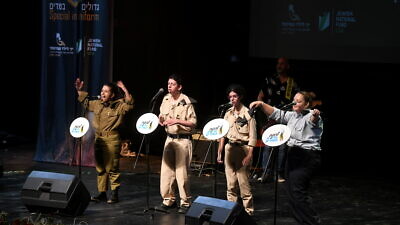 SIU Chairman Lt. Col. (Res.) Gabi Ophir rose to the podium and related that his daughter Ronit, who was born with Williams Syndrome, was the first to be integrated and graduate the program. Until this day, nearly two decades later, said Ophir, Ronit “Still marks her military service as the greatest experience in her life. My personal experience is what led me to help found Special in Uniform, which I regard as my pinnacle accomplishment in life.”

Outgoing Mossad Chief Yossi Cohen, who serves as President of SIU, shared a glimpse of his own personal experiences with children with disabilities. His son Yoni was born with cerebral palsy, but contributed his skills and talents to the military so significantly that when he finally received his honorable discharge, he was serving as a captain of Unit 8200! Cohen then called upon anyone who is able to participate in this wonderful venture to “register and support the association that is doing the most moral and honorable thing that I know of.”

Republish this article
About The Publishers
Jewish National Fund-USA
Israel Defense Forces
Publish your organization's press release on JNS Wire
Releases published on the JNS Wire are communicated and paid for by third parties. Jewish News Syndicate, and any of its distribution partners, take zero responsibility for the accuracy of any content published in any press release. All the statements, opinions, figures in text or multimedia including photos or videos included in each release are presented solely by the sponsoring organization, and in no way reflect the views or recommendation of Jewish News Syndicate or any of its partners. If you believe any of the content in a release published on JNS Wire is offensive or abusive, please report a release.