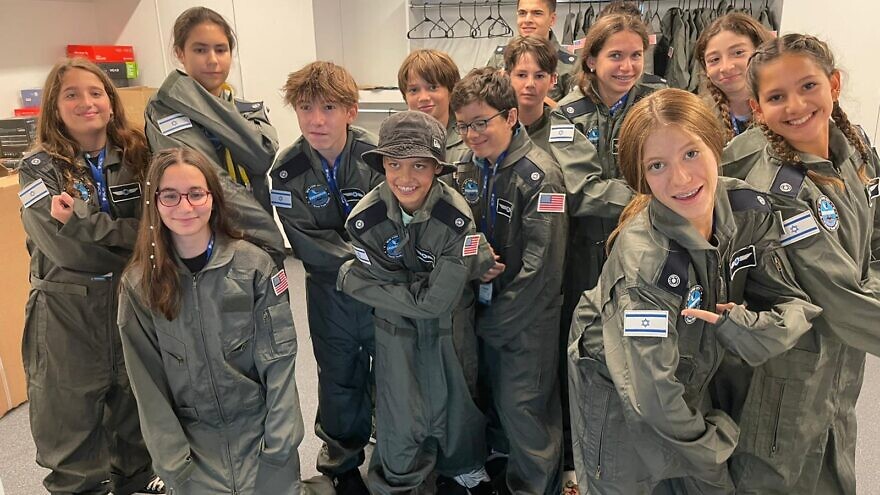 (August 31, 2022, JNS Wire) Sixty-nine Israeli-American and American-Jewish youths from New Jersey, New York, Massachusetts and Washington, DC gathered at the World Trade Center this past week in a Shark-Tank-style hackathon in which they used Israeli Air Force flight simulators to design innovative therapeutic tools for teens.

The hackathon took place over four days last week at World Trade Center Building Seven and at the Jacobs Technion-Cornell Institute on Roosevelt Island as part of a partnership with the campus. In collaboration with The Squadron (“Hatayeset”) and steered by former Israeli Air Force pilots, the competitors engaged with F-35 fighter jet simulators in a series of virtual flights and debriefings, learning to rapidly identify challenges, find solutions and quickly apply the lessons. Paired with a roster of Israeli-American business and technology leaders acting as mentors, the student teams competed to design Virtual Reality (VR) technologies that address common teenage challenges.

Two teams of 11 students, both from New Jersey, invented the winning projects, as determined by a panel of adult judges. One team created a system merging VR and social media to boost teenagers’ motivation, in which teens conduct everyday tasks and achieve goals on VR and gain support on Instagram. The second winning team created a VR tool that uses exposure therapy, allowing users to safely confront activities that produce phobias such as elevators, heights, and social situations.

Republish this article
About The Publishers
Israeli-American Council (IAC)
Publish your organization's press release on JNS Wire
Releases published on the JNS Wire are communicated and paid for by third parties. Jewish News Syndicate, and any of its distribution partners, take zero responsibility for the accuracy of any content published in any press release. All the statements, opinions, figures in text or multimedia including photos or videos included in each release are presented solely by the sponsoring organization, and in no way reflect the views or recommendation of Jewish News Syndicate or any of its partners. If you believe any of the content in a release published on JNS Wire is offensive or abusive, please report a release.
Never miss a thing
Get the best stories faster with JNS breaking news updates