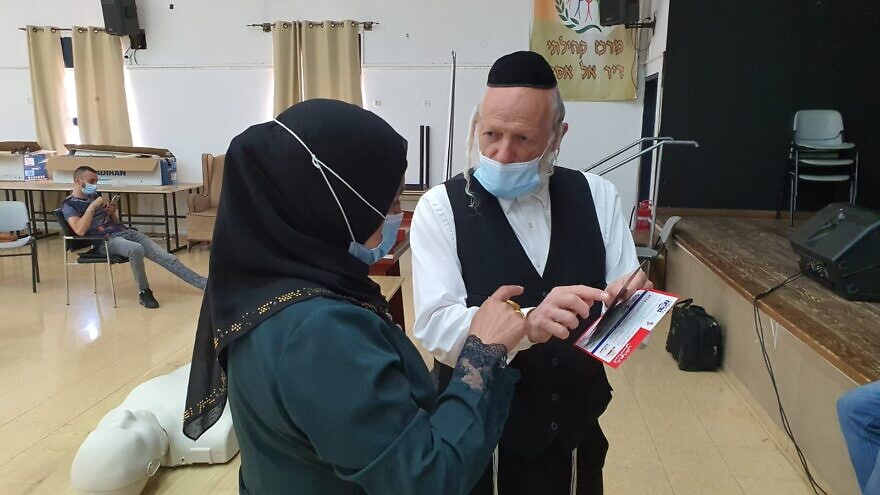 (September 9, 2020, Jerusalem, JNS Wire) Women in the Muslim-majority Lower Galilee town of Deir Al Asad were recently trained in the basics of lifesaving by ZAKA volunteers, in a first-of-its-kind joint initiative between ZAKA’s Eshet Lapidot and the Deir Al Asad local council. This, in order to give the women of the community the basic skills in lifesaving techniques to be used in the home and educational frameworks.

This course is part of a free, large-scale, community-wide initiative, to train every woman, mother,  caregiver, teacher or housewife with the requisite basic first aid and resuscitation techniques that could save lives in the event of an emergency, before the arrival of qualified emergency personnel.

The four-hour course includes CPR on a child and infant, treatment of strangulation from a foreign body, how to identify common medical emergencies in children and how to create a safe environment. The course, delivered by a trained ZAKA paramedic volunteer, combines theoretical study and hands-on practice. 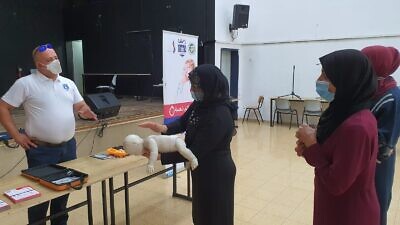 In sharp contrast to the common perception that home is the safest place for children, data from recent years indicates the opposite trend – two-thirds of children’s hospitalizations are attributed to accidents at home. Among the cases with the highest incidence of accidents at home: electric shock, ingestion of a foreign body and contact with hazardous substances. Most of the cases occur when one of the parents (often the mother) is alone at home. The first reaction is typically a cry for help and a call to the emergency services, especially when she does not have the tools to deal with the crisis. This is how the ‘four golden minutes’ pass, that critical time during which the brain is starved of oxygen and the damage can be irreversible.

At the end of the course, which was conducted within the restrictions imposed by the corona crisis, Deir Al Asad council head Ahmad Dabah, presented the participants with certificates and first aid kits, and looked forward to further courses in the future. 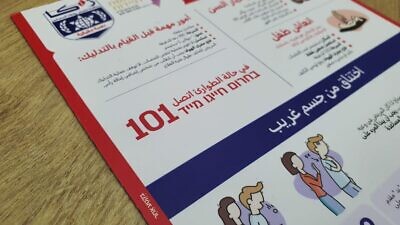 Eshet Lapidot, the brainchild of ZAKA Chairman Yehuda Meshi-Zahav, is a women’s philanthropic international organization which works to facilitate social community initiatives for women in Israel and around the world, particularly in the field of health and well-being.

ZAKA Search and Rescue
Founded in 1995 by Yehuda Meshi-Zahav, ZAKA is Israel’s premier non-governmental search, rescue and recovery organization, with over 3,500 highly-trained volunteers in various specialist units deployed around the country, on call 24/7 to respond to any accident, terror attack or natural disaster immediately, professionally and with the necessary equipment. ZAKA, recognized by the United Nations as an international humanitarian volunteer organization, works for the benefit of all mankind, regardless of race, religion or creed.
Publish your organization's press release on JNS Wire
Releases published on the JNS Wire are communicated and paid for by third parties. Jewish News Syndicate, and any of its distribution partners, take zero responsibility for the accuracy of any content published in any press release. All the statements, opinions, figures in text or multimedia including photos or videos included in each release are presented solely by the sponsoring organization, and in no way reflect the views or recommendation of Jewish News Syndicate or any of its partners. If you believe any of the content in a release published on JNS Wire is offensive or abusive, please report a release.