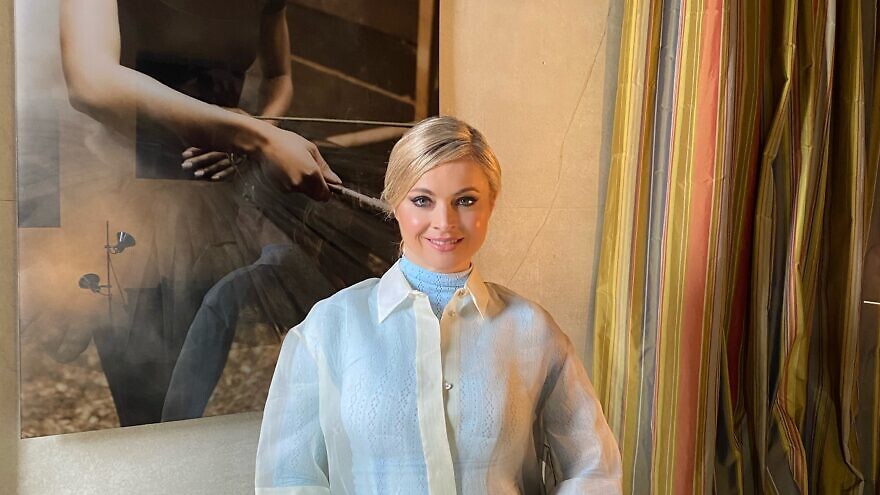 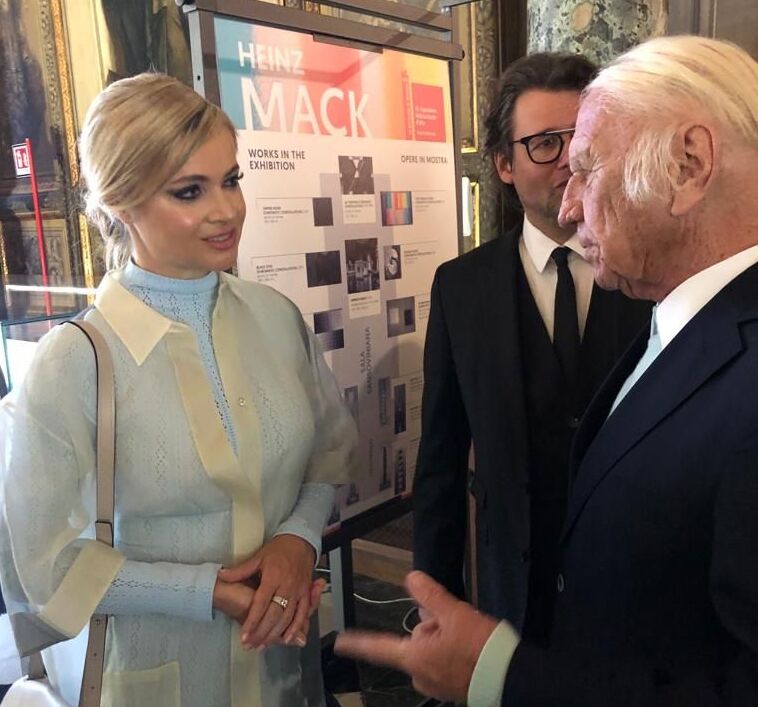 A special artists’ reception was held on the evening of April 21. Joining the artists were Heinz Mack, Lorenzo Quinn, media and industry VIPs.

In the multimedia installation, Lanska employs gesture and symbolism to explore the intense proximity between collaboration and competition. For a hypnotic minute she offers a sensitive portrayal of the tenderness and tension that can often be held woman to woman. The video is accompanied by a series of photographic stills, each valued at 15,000 GBP, which invite greater insight, using photography as a medium that enables the artist to explore the ideas she advocates for from new perspectives.

Lanska captures movement to convey symbolic meaning. By dramatizing the relationship between two ballerinas, she highlights the socio-ethical sacrifices that dancers continually face. As the epitome of femininity, the ballerinas represent womankind more broadly, with the video acting as a parable for the pressures on women to betray one another in their rise to the top. 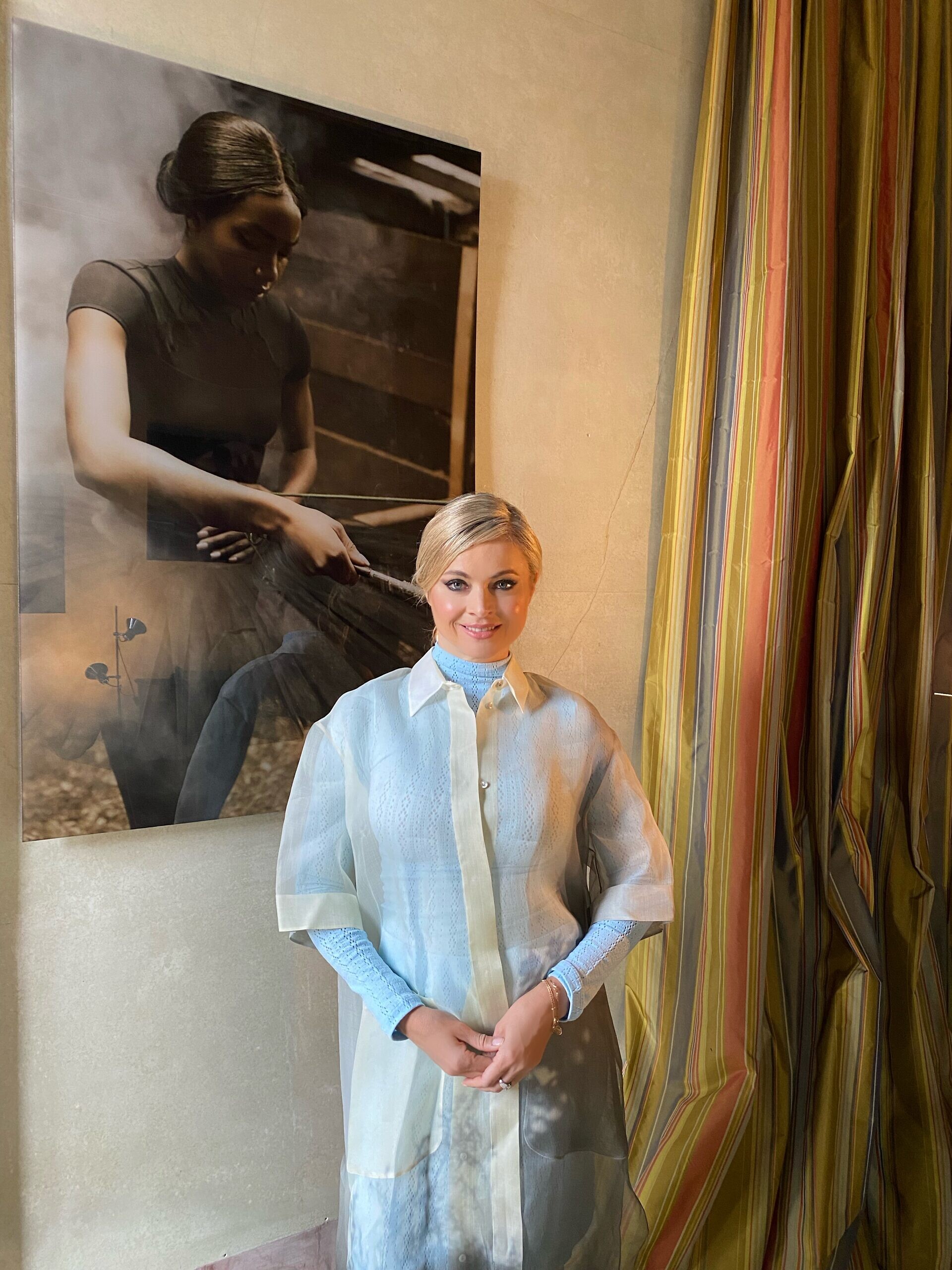 “My video installation has many different parts. One of the topics was its message to women. We are much stronger together not competing but helping each other,” explains Lanska. “We are not talking about feminism – the idea is that true femininity and naturalness are a huge, underestimated power. These works explore the theme of the Sisterhood Movement and have a metaphorical connotation and are filled with symbols. It’s also important to mention that the titles of the works are expressed in numbers – which is a gematria of various words translated from Hebrew. These titles describe deep hidden feelings.” 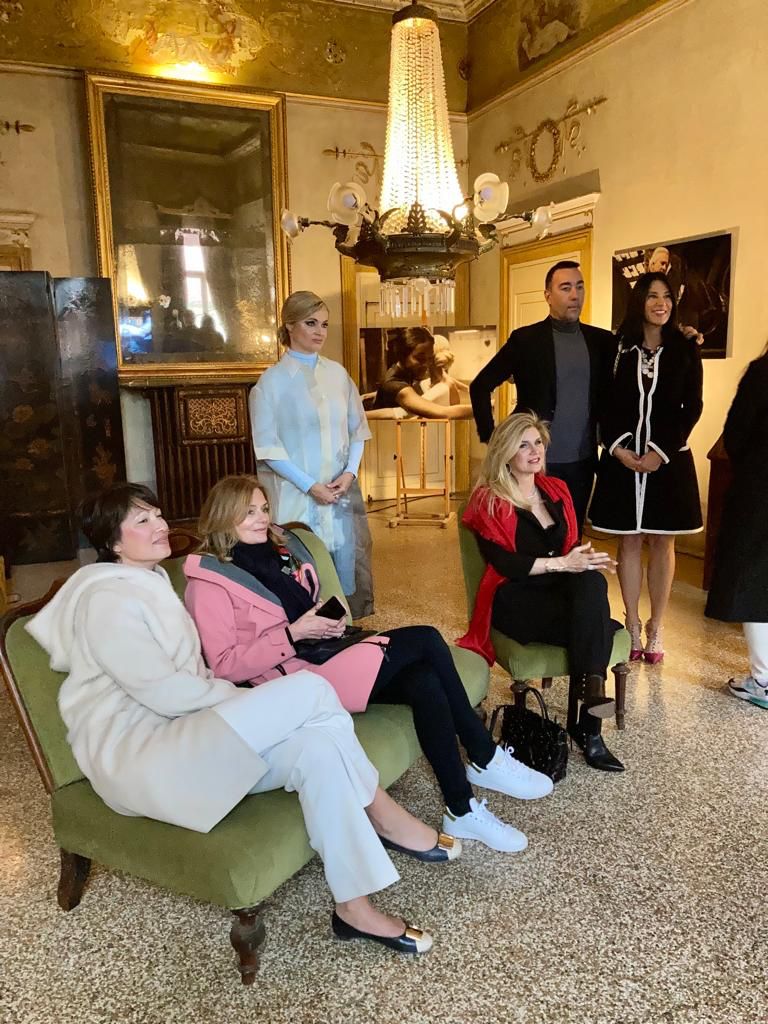 Just prior to the Biennale Arte, Lanska attended NFT Week in Miami, which inspired her to make the decision to release an NFT collection of The Existential Choice after the Biennale. Details coming soon.

“It’s truly an exciting time in the art world with the digitalization of artworks via NFTs,” comments Lanska. “Digital art allows the artist to explore new ways of creative expression and has created a new generation of collectors. I’m delighted to be part of the disruptors in the industry by making The Existential Choice available in the NFT format.”

About Eva Lanska – The musicality between gesture and dialogue is what drew Eva Lanska to filmmaking. She trained at London Film Academy and London Institute of Photography, and draws on her experiences living in Paris, Abu Dhabi and Tel Aviv, as well as her upbringing in Moscow. Influenced by classic Italian filmmakers such as Fellini and Antonioni, plus the expressive virtuosity of prima ballerinas she saw at the Bolshoi Theatre as a child, she works either in black and white or elegant muted colors, using stylized camerawork to refer to tradition and continuity. Women’s rights are one of Lanska’s core concerns in her creative endeavours and she has long campaigned for a film industry in which a woman’s age, nationality or origin cease to be barriers to a career in cinema.

Lanska’s first short, Okay, Mum, about domestic violence, won Best Picture at Los Angeles Film Festival and was selected for Short Film Corner at Cannes 2017. Centering around the complex issues facing women internationally, her work finds different ways of intertwining this core priority with related themes such as interfaith marriage (short film Little French Fish, 2020) and transcending stereotypes (documentary The Abraham Accords Change History: Women in the Middle East, 2021). Forbes interviewed her as “one to watch” in 2020 and she’s received awards or nominations from over thirty film festivals. Her upcoming feature film I Am Not an Actress, based of the life of Brigitte Bardot, is signed with NoW Films.

Republish this article
About The Publishers
Eva Lanska
Publish your organization's press release on JNS Wire
Releases published on the JNS Wire are communicated and paid for by third parties. Jewish News Syndicate, and any of its distribution partners, take zero responsibility for the accuracy of any content published in any press release. All the statements, opinions, figures in text or multimedia including photos or videos included in each release are presented solely by the sponsoring organization, and in no way reflect the views or recommendation of Jewish News Syndicate or any of its partners. If you believe any of the content in a release published on JNS Wire is offensive or abusive, please report a release.
Never miss a thing
Get the best stories faster with JNS breaking news updates