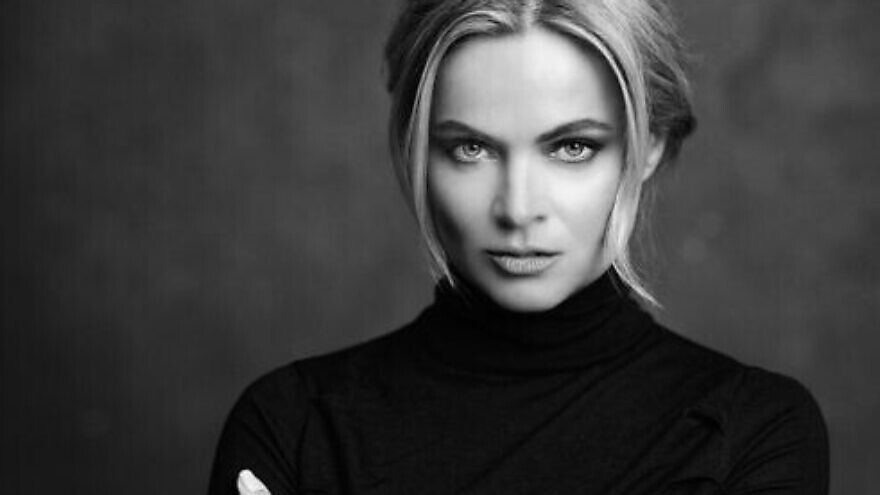 (September 6, 2022, Venice, Italy, JNS Wire) As part of ITSLIQUID Group’s Venice Art Fair, taking place for September 8/9 – 30, 2022 at Palazzo Albrizzi-Capello and Palazzo Bembo, there will be a special focus on short art films. This year, the popular event, already in its 15th year, will feature the short film by London-based, Israeli female visual artist Eva Lanska. A special opening reception will be held on September 9 from 5 p.m. – 8 p.m. at Palazzo Bembo.

Multifaceted, London-based, Israeli film director and video artist Eva Lanska will present her short, The Existential Choice, part of her choreographic photograph, 3D video and NFT installation that first debuted to rave reviews in April at Palazzo Bragadin at the opening of Biennale Arte 2022. 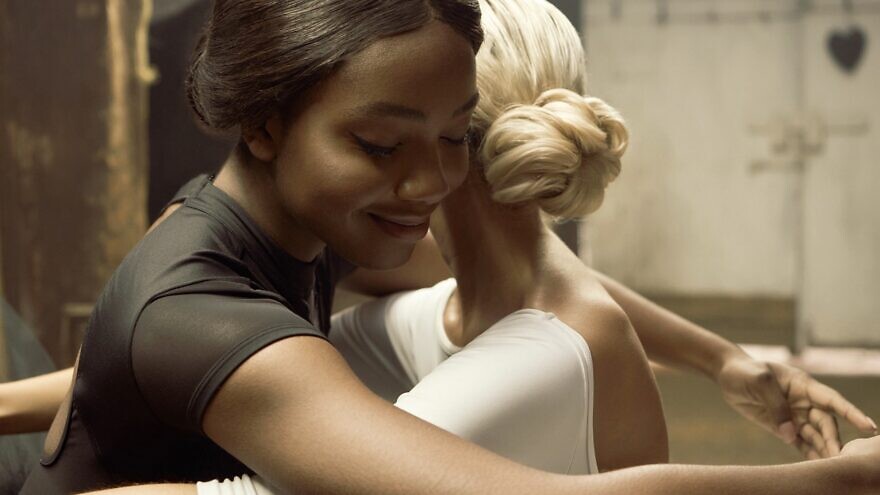 In the multimedia installation in which several works will also be presented during the fair, Lanska employs gesture and symbolism to explore the intense proximity between collaboration and competition. For a hypnotic minute she offers a sensitive portrayal of the tenderness and tension that can often be held woman to woman. The video is accompanied by a series of photographic stills that invite greater insight, using photography as a medium that enables the artist to explore the ideas she advocates for from new perspectives.

Lanska captures movement to convey symbolic meaning. By  dramatizing the relationship between two ballerinas, she highlights the socio-ethical sacrifices that dancers continually face. As the epitome of femininity, the ballerinas represent womankind more broadly, with the video acting as a parable for the pressures on women to betray one another in their rise to the top.

“The betrayal one makes for your career will live in the heart forever,” says Lanska. Here Lanska emphasizes one particular aspect of society that she finds problematic and offers a critical insight into the way many culturally long-standing customs actually run contrary to core humanitarian values.

The video signifies sisterly feeling as following their competition the dancers enter into a healing embrace, the emotions of which are magnified by Lanska’s close-ups on their faces, sharing their expressions in intimate focus for the viewer.

“Ultimately they return from a treacherous state of competitive struggle back towards a harmonious state of love and support,” she explains.

Set in a stable, the regal connotations of a horse resonate with the dancers’ refined discipline. Their well-worn satin pointe shoes grind against the stable floor to represent commitment at all costs; the years of training, the personal sacrifices. While the girl’s posture and embrace in the foreground, an elderly butler emerges as an apparition further back – like the ghost of patriarchal social structures past, being eclipsed by the multifaceted presence of the vibrant feminine rising.

Women’s rights are one of Lanska’s core concerns and she has long campaigned for a film industry in which a woman’s age, nationality or origin cease to be barriers to a career in cinema.

The musicality between gesture and dialogue is what drew Lanska to filmmaking. She trained at London Film Academy and London Institute of Photography, and draws on her experiences living in Paris, Abu Dhabi and Tel Aviv, as well as her upbringing in Moscow. Influenced by classic Italian filmmakers such as Fellini and Antonioni, plus the expressive virtuosity of prima ballerinas she saw at the Bolshoi Theatre as a child, she works either in black and white or elegant muted colors, using stylized camerawork to refer to tradition and continuity.

Lanska’s first short, Okay, Mum, about domestic violence, won Best Picture at Los Angeles Film Festival and was selected for Short Film Corner at Cannes 2017. Centering around the complex issues facing women internationally, her work finds different ways of intertwining this core priority with related themes such as interfaith marriage in the short film Little French Fish, 2020, and transcending stereotypes in the documentary The Abraham Accords Change History: Women in the Middle East, 2021. Her upcoming feature film Bardot, based on the life of famous French icon, is signed with NoW Films.

Republish this article
About The Publishers
Eva Lanska
Publish your organization's press release on JNS Wire
Releases published on the JNS Wire are communicated and paid for by third parties. Jewish News Syndicate, and any of its distribution partners, take zero responsibility for the accuracy of any content published in any press release. All the statements, opinions, figures in text or multimedia including photos or videos included in each release are presented solely by the sponsoring organization, and in no way reflect the views or recommendation of Jewish News Syndicate or any of its partners. If you believe any of the content in a release published on JNS Wire is offensive or abusive, please report a release.
Never miss a thing
Get the best stories faster with JNS breaking news updates