(November 15, 2021, JNS Wire) ASF Institute of Jewish Experience is announcing today the upcoming Reclaiming Identity event on Nov. 30, in conjunction with the law issued by the Israeli Knesset commemorating the expulsion of Jews from Arab lands. During the five-hour online conference Jewish leaders from Canada, the U.S., Israel, Netherlands, France, and the UAE will be discussing their struggles and redemption on the path to accepting their Mizrahi heritage and identity. These stories, shared by first, second, and third generations who left Arab lands will expose the struggle and shame, as well as the personal journeys to reclaim and recreate their Jewish heritage identity. 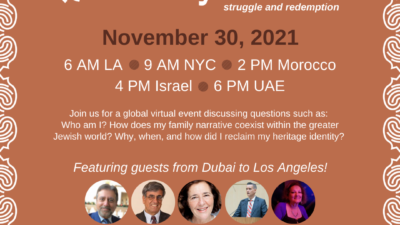 The program will feature:

“The pain and the process of reclaiming identity did not receive its justified space in the overall dialogue. Jews of Arab Lands are also marginalized due to lack of knowledge and ashkenormative Jewish education,” said Drora Arussy, Director, ASF Institute of Jewish Experience.

“This is the first of a kind global event that provides a platform for identity reclaiming and redemption. We invite everyone to share in the courage of those who are sharing their stories and their artistic endeavors,” added Arussy.

“The stories of reclaiming identities represent the resilience of the Jewish people in general and Jews from Arab lands in particular. Documenting and sharing them is an integral part of the healing and self-acceptance process. I invite every Jew to participate in this event and share the courage of the people telling their stories,” said Rabbi Dr. Elie Abadie, Senior Rabbi of the Jewish Community of the UAE, Rabbi of the Association of Gulf Jewish Communities.

“Ultimately this process was just incredibly enriching for me and I am sure my mother, as well. Having the opportunity to reflect on our journey, our process, was just priceless. So thank you again! This is an amazing initiative, and I am grateful to be a part of it,” said Shiri Sher, author and presenter. 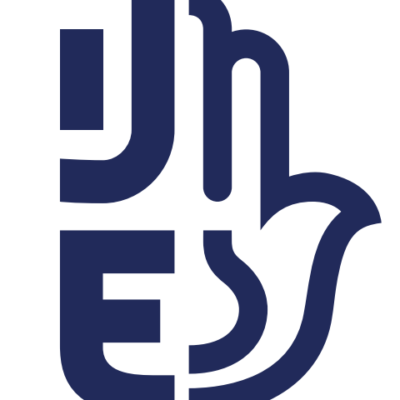 ASF Institute of Jewish Experience
Our mission: Revitalizing and celebrating the legacy of the Greater Sephardi tradition • Bringing knowledge and pride to new audiences and generations • Serving as a centralized resource learning about Jewish customs, traditions, and history • Producing new online content for diverse audiences • Celebrating milestones and holidays together with Jews from around the world • Conducting academic conferences
Publish your organization's press release on JNS Wire
Releases published on the JNS Wire are communicated and paid for by third parties. Jewish News Syndicate, and any of its distribution partners, take zero responsibility for the accuracy of any content published in any press release. All the statements, opinions, figures in text or multimedia including photos or videos included in each release are presented solely by the sponsoring organization, and in no way reflect the views or recommendation of Jewish News Syndicate or any of its partners. If you believe any of the content in a release published on JNS Wire is offensive or abusive, please report a release.