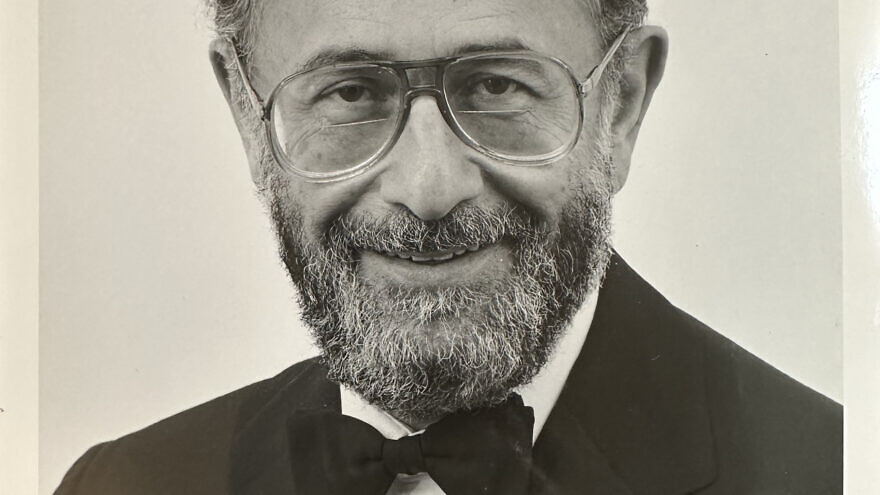 Manuel Zymelman passed away on October 14 at the age of 92, in Rockville, Maryland. He was an accomplished economist, singer, and family man.

Mendeleh was born in Warsaw, Poland, on January 28, 1930, to Jewish parents, Blumah Schafman of Poland and Moshe Zimelman of Lithuania. He was named Menachem Mendl after his paternal grandfather, who was the chief cantor of Lomazy, Lithuania. On his mother’s side, his lineage could be traced to the famous Menachem Mendl of Kotzk. 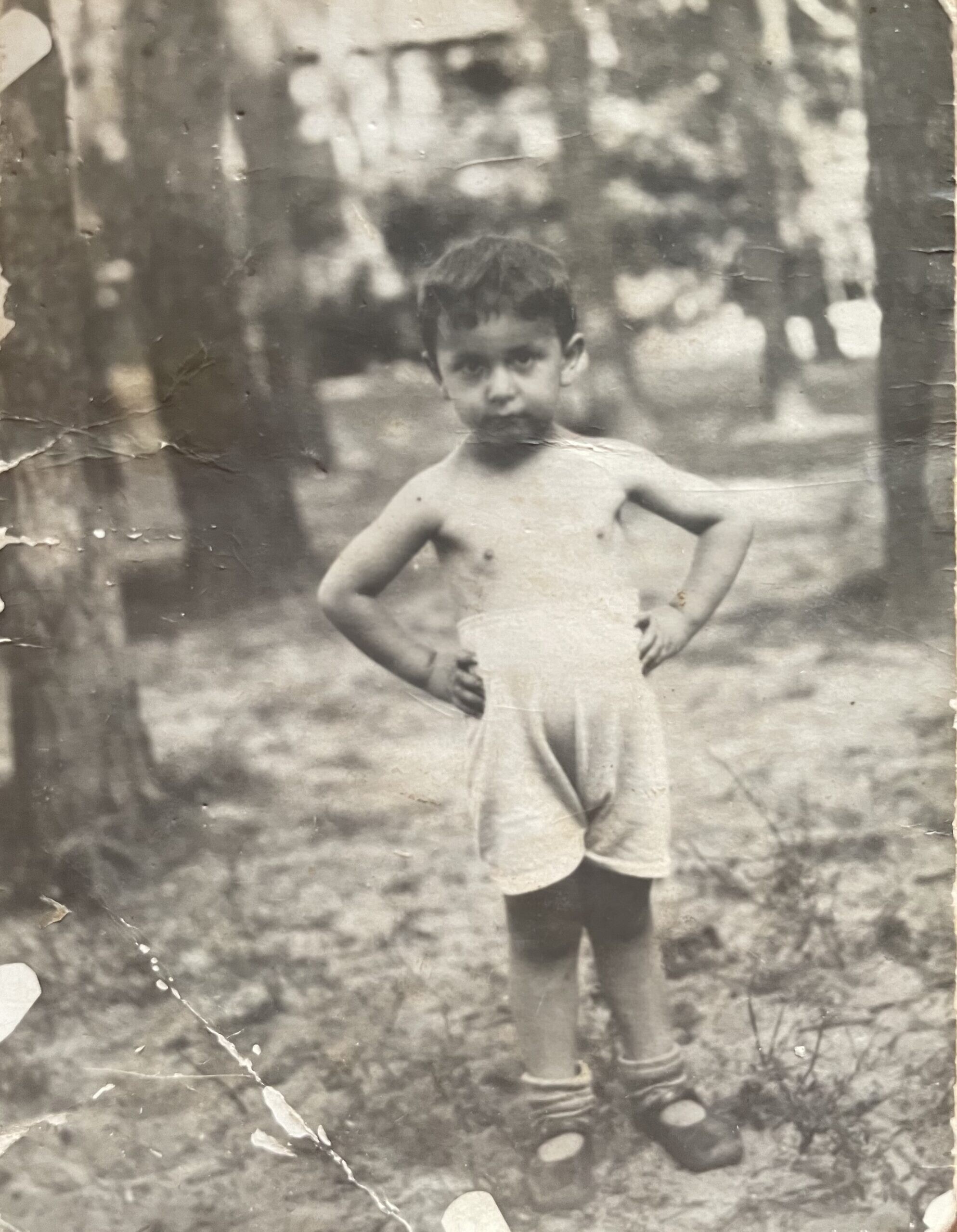 Little Mendeleh was recognized as a “wünderkind,” a prodigy, with a brilliant mind and the voice of an angel. When he was two, his father, Moshe, accepted a post as a ritual slaughterer, or “shochet,” in Mosesville, Argentina, leaving his wife behind in Poland to care for Mendeleh and his older sister, Gitl, then 7. Two years later, in 1934, he, Gitl, and Blumah boarded a boat to join Moshe in Argentina. His younger siblings, Raquél (Rujl), and Abraham (Avrum), would be born there later.

In Argentina, Menachem Mendl received special tutoring in Jewish studies and Hebrew. As Manuel, he mastered his secular studies, and learned to play piano at a neighbor’s home. There was no high school in Mosesville, so Gitl and Mendl went to Buenos Aires to live with Blumah’s sister and her husband. In addition to his secular studies, Manuel graduated from the Jewish Teacher’s Seminary of Buenos Aires with certification in Hebrew, Yiddish, and Religion at the age of 16. He studied both voice and piano in Buenos Aires as well. While attending University, he earned a living as a Hebrew School teacher. At 20, he began officiating at High Holiday Services as a cantor. In 1953, he received his degree in Industrial Engineering from the University of Buenos Aires.

Because Manuel was not eager to pursue a career in engineering, his father suggested he go to the United States for graduate school. He immigrated in 1954 with $200 in his pocket, limited English, no bank account, the name of MIT, and the address of an uncle he had never met in Portland, Maine.  He interviewed at MIT, and convinced them to accept him provisionally as a student. He proved himself after one semester, and was able to matriculate full time. Manuel quickly found his way to the New England Conservatory of Music. He happily played piano as an accompanist, played 4-handed piano with other musicians, and studied voice.

When he learned that a new synagogue was auditioning for a cantor, he auditioned and got the job. “I’ll happily accept,” he said,”but, unfortunately, I’m here on a student visa.” So the synagogue, recently named Temple Reyim, arranged for his green card. He remained at Temple Reyim as its cantor for twenty-one years. His salary helped him cover the costs of tuition. 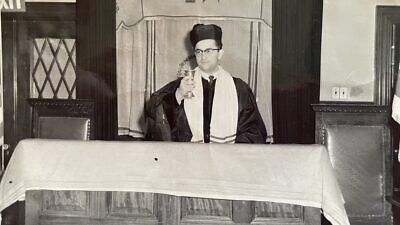 “The Economic History of Argentina 1933-1952” later became a textbook, and he authored and co-authored several other economic texts. He held teaching positions at Northeastern, the Harvard School of Education, and Tufts. He studied voice with the famous Italian tenor Tito Schipa. 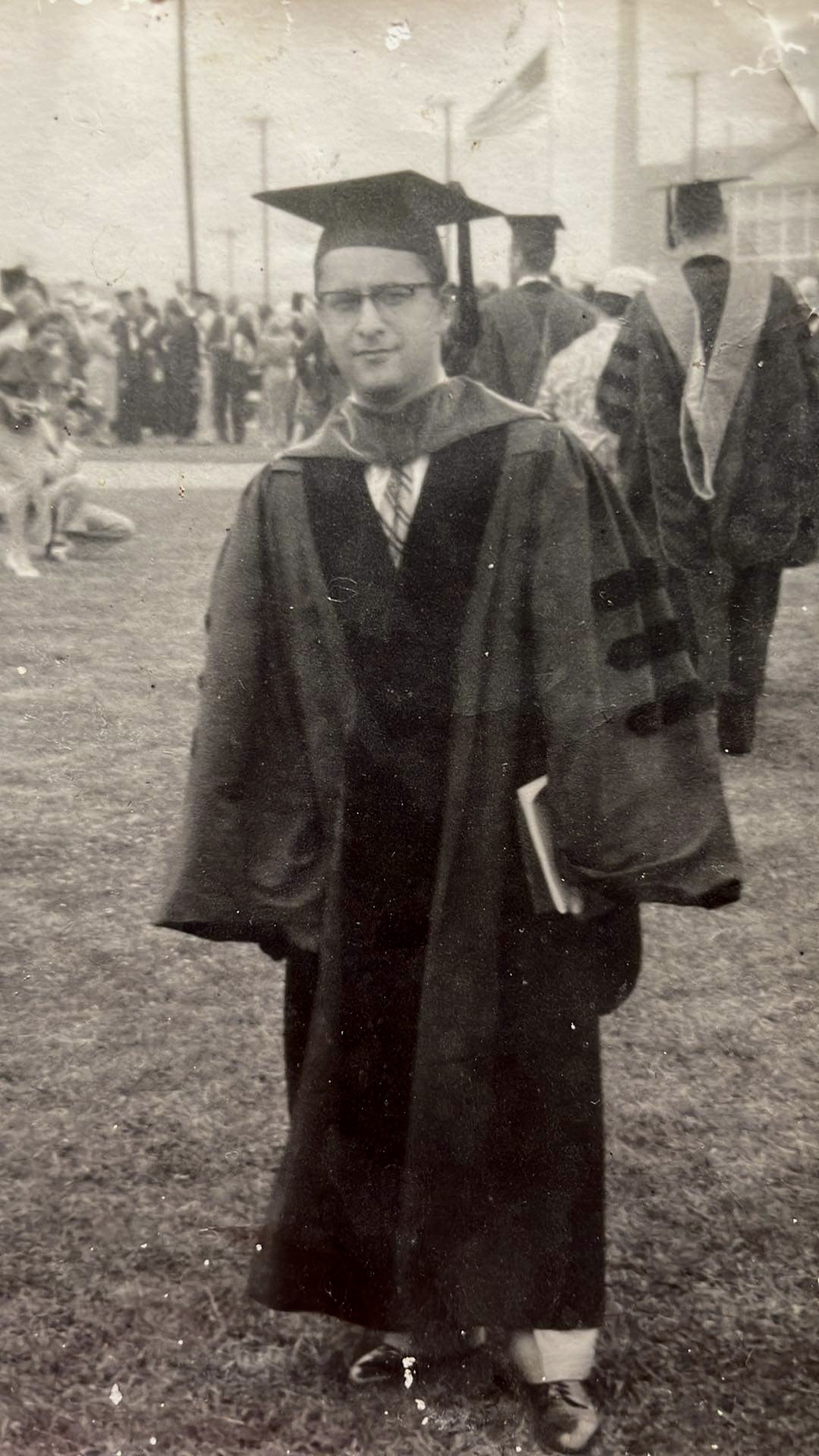 He was introduced to Nancy Merz, a Spanish literature major, class of 1960 from Radcliffe, at a classical music concert. They wed March of 1962, and had two children, the late Ari S. Zymelman, born March 1963, and Naomi (later Weinberger), born January 1966. 1966 was also the year that his parents moved to Israel, both his sisters having moved there a few years previously. Manuel made sure to visit them in Israel every year. He and his brother, who had followed him to Boston, spoke to them every week.

Manuel traveled extensively and consulted for the United Nations. In 1975, he left Massachusetts for Maryland to join the World Bank where he spent 18 years, rising to the rank of Senior Adviser. He advised on the financing of education in both East and West Africa. He maintained traditional Jewish religious practice, following Kosher dietary rules and observing the Sabbath, at home and abroad. Throughout, he continued to sing. He was known to say, “without question, I am the best economist among singers, and the best singer among economists.” He performed a concert annually at the World Bank that included an eclectic mix of songs. He performed in each of the seven languages he spoke: Yiddish, Spanish, Italian, French, German, Hebrew, and English. 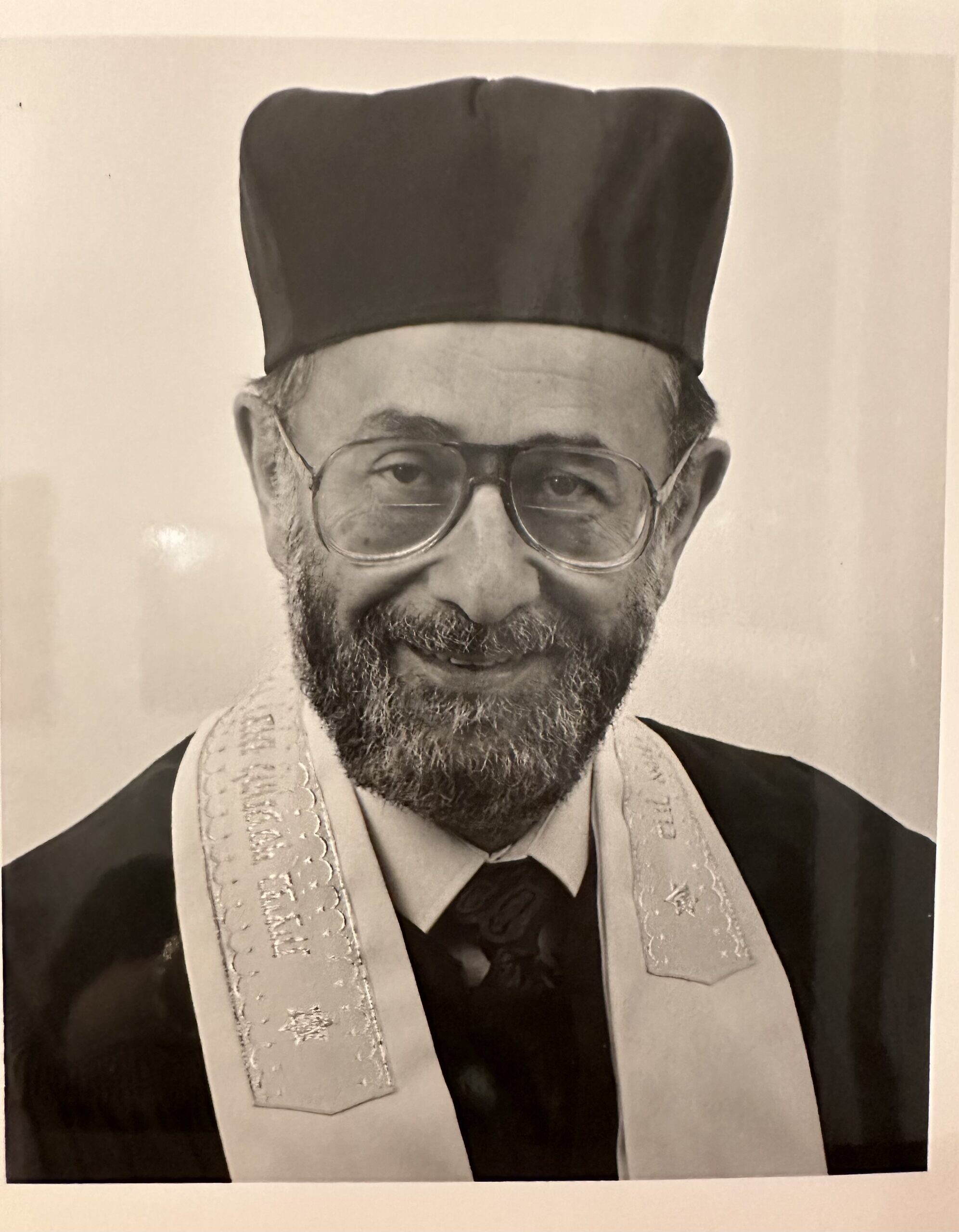 In the years following Temple Reyim, Manuel took on positions as cantor for High Holidays in a variety of places: New Brunswick, Canada, Albany, NY, Passaic, NJ, New Orleans, LA, Cincinnati OH, and more. His wife and children always came with him. In 1993, he retired from the World Bank. That same year, not wanting his daughter, Naomi to travel while 7 months pregnant with her first child, he offered to officiate at Naomi’s synagogue, B’nai Avraham in Brooklyn Heights, NY. He served as the cantor for High Holidays at B’nai Avraham for the next 27 years. He officiated for the last time, after almost 70 years as a cantor, in 2019. He was almost 90 then, and still in magnificent voice.

For the last three decades of his life, Manuel split his time between his home synagogue community, the gym, singing and playing piano daily, traveling, and visiting with his grandchildren. Tragically, his son Ari’s life was cut short after a brief illness at the age of 50 when Manuel was 83. Manuel was forever diminished by the loss. 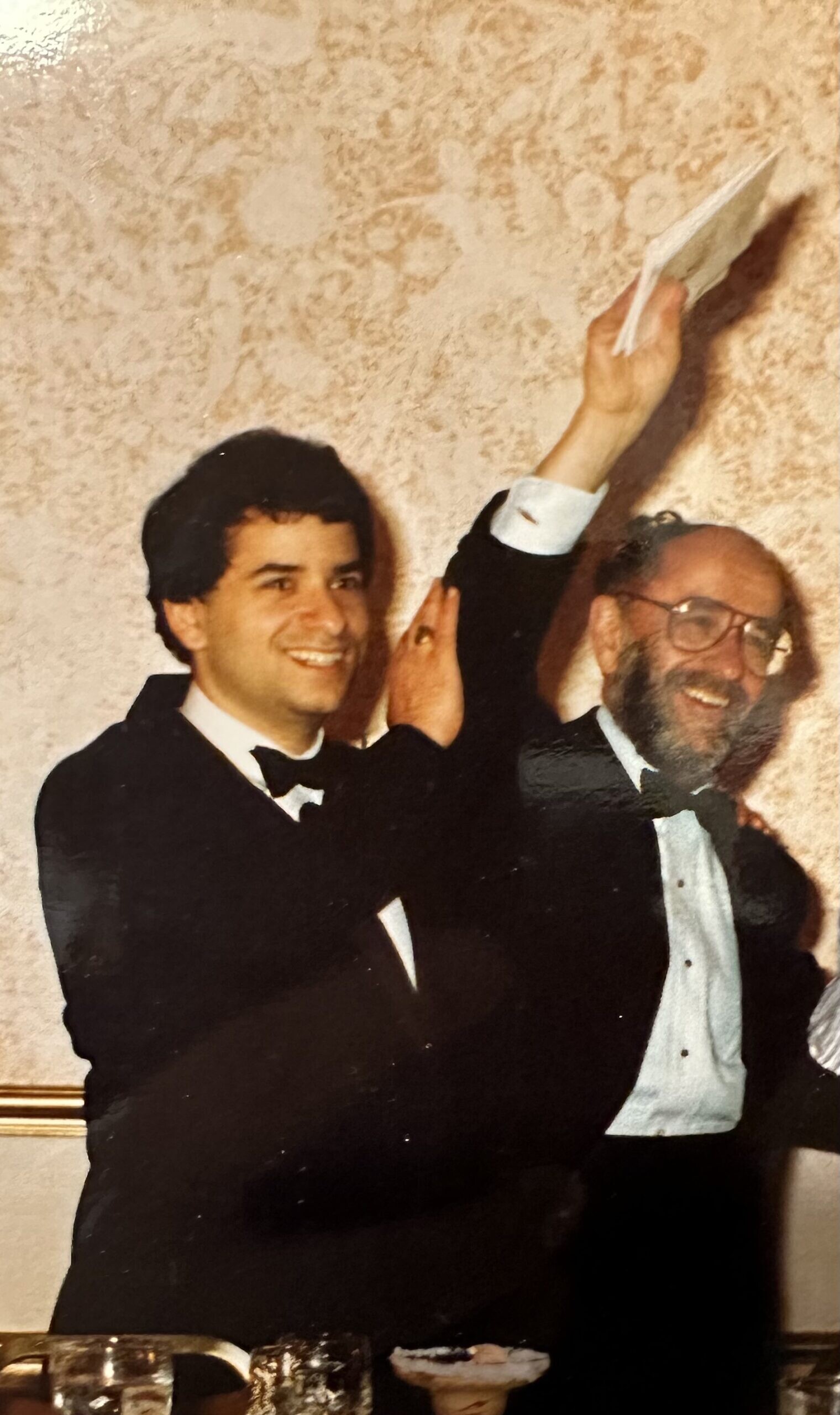 While initially he continued to make music and keep up his routine, ultimately, in 2020, his brilliant mind was brought down by a combination of a meningioma (a benign brain tumor), brain swelling, and vascular dementia.

His loving wife, Nancy, provided care for him at home with the help of a wonderful doctor, a cadre of caring aides, and the support of Naomi and her husband, Michael, who were present on a regular basis throughout the pandemic. Nancy was by Manuel’s side until he took his last breath.

Manuel is survived by his sister, Raquél Rajstein, his brother, Dr. Abraham Zimelman, his wife, Nancy, his daughter, Naomi, his daughter-in-law Beth Gansky, and his grandchildren, Avishai, Tova, Adina, and Akiva Weinberger, and Talia and Yossi Zimelman.

You can find Manuel Zymelman’s audio recordings on any streamable music platform.

Republish this article
About The Publishers
Naomi's Music
Publish your organization's press release on JNS Wire
Releases published on the JNS Wire are communicated and paid for by third parties. Jewish News Syndicate, and any of its distribution partners, take zero responsibility for the accuracy of any content published in any press release. All the statements, opinions, figures in text or multimedia including photos or videos included in each release are presented solely by the sponsoring organization, and in no way reflect the views or recommendation of Jewish News Syndicate or any of its partners. If you believe any of the content in a release published on JNS Wire is offensive or abusive, please report a release.
Never miss a thing
Get the best stories faster with JNS breaking news updates