(August 10, 2022, Jerusalem, JNS Wire) More than 1,000 Israeli university students, writing on behalf “Students for Justice in America” (SJA), have petitioned Chairperson of Ben & Jerry’s (B&J), Anuradha Mittal, with a demand that B&J immediately evacuate its factories and headquarters from “illegally occupied” Abenaki Indian lands in Vermont. The students allege that the B&J set up its corporation on three New England properties that once belonged to North American indigenous tribes. They want to hold the ice cream manufacturer to the ethical values the company keeps preaching publicly about.

Last year, the B&J ice cream manufacturer had announced that it will not be renewing its Israeli franchise license, due to “Israeli occupation of the West Bank,” arguing that selling its popular ice cream products in such territories is against the company’s “core values.” Lately, B&J has even filed a lawsuit against its parent company, the corporate giant Unilever, which has attempted to reach a new agreement with its Israeli franchise holder to navigate around B&J’s decision.

According to SJA, the B&J headquarters and factories are situated on land taken from the Abenaki Indian tribes. The Abenaki, which is the indigenous people of these territories, had lived on these lands continuously for thousands of years before it was taken through warfare and the spreading of diseases such as smallpox, typhus and influenza by European settlers and later by Americans.

SJA’s letter challenges the Vermont corporation hypocrisy, pointedly asking why do B&J’s so called “core values” selectively apply when it comes to Israel, but not to the company’s own businesses and property? The letter states that “Justice, morality and boycotts are not just slogans and anti-Semitic weapons for your food company to point at the Jewish community in Israel. Justice and morality must begin at home.” 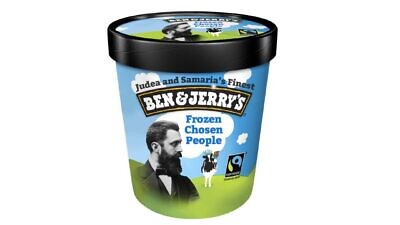 The new student initiative and letter is supported by Shurat HaDin – Israel Law Center, a Tel-Aviv based human rights organization, dedicated to safeguarding the lives of the Jewish community, seeking justice for the victims of terrorism worldwide and combating BDS initiatives. “Ben & Jerry’s blatant hypocrisy has now been revealed by these Israeli students,” said Shurat HaDin president, Nitsana Darshan Leitner, “It is a corporation led by a BDS extremist, which has hijacked the entire company and manipulated its ‘core values’ to fit her own anti-Israeli agenda. The company was active in the Jewish State for decades, setting an example for Jewish and Arab co-existence and nothing bothered Ben & Jerry’s until Mittal decided to impose her anti-Semitic agenda on the company. The new SJA campus group is determined to show that the BDS movement attempts to target Jews in Israel for alleged human rights violations and crimes that they themselves are committing in their own communities, Ben and Jerry’s speak with a forked tongue. It’s time for Ben and Jerry’s to set an ethical example and get off its stolen Abanaki land in Vermont.”

Republish this article
About The Publishers
Shurat Hadin
Israeli civil rights organization, Shurat HaDin-Israel Law Center, has been leading the legal fight against Israel’s enemies in the courts worldwide. Alongside the Israeli security services, it has combated terror financing, the BDS movement, those who accuse the IDF of war crimes and a multitude of lawfare threats against the Jewish State, by utilizing civil litigation.
Publish your organization's press release on JNS Wire
Releases published on the JNS Wire are communicated and paid for by third parties. Jewish News Syndicate, and any of its distribution partners, take zero responsibility for the accuracy of any content published in any press release. All the statements, opinions, figures in text or multimedia including photos or videos included in each release are presented solely by the sponsoring organization, and in no way reflect the views or recommendation of Jewish News Syndicate or any of its partners. If you believe any of the content in a release published on JNS Wire is offensive or abusive, please report a release.
Never miss a thing
Get the best stories faster with JNS breaking news updates