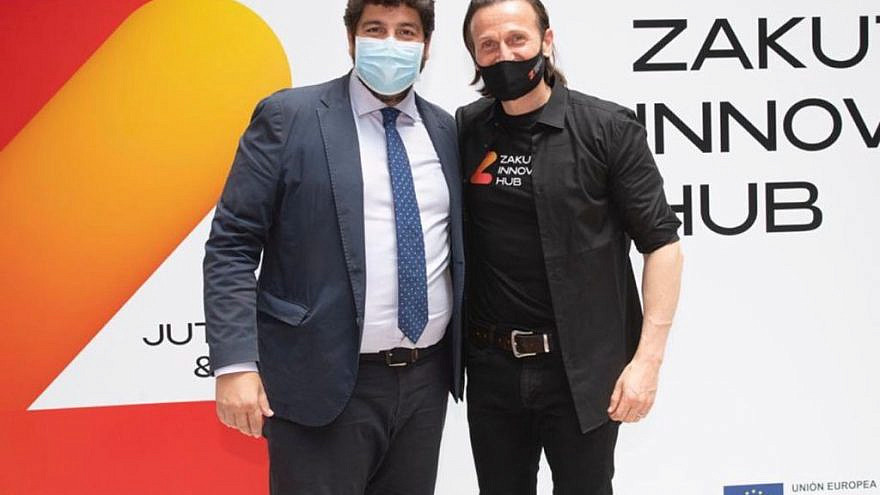 New Spanish innovation hub called the Zakut Association with strong links to Israel and committed to high-potential disruptive technologies is launched in the southern region of Murcia.  Its aims are to give entrepreneurs, SMEs, and Spanish corporations access to the methodologies that have turned Israel into the Startup Nation. The hub is named after Abraham Zacuto, the famed Sephardic inventor of the Perpetual Calendar and the Astrolabe, the technologies which were utilized during the ‘Age of Discovery’ in the Middle Ages.

The Zakut Association’s slogans are “the future begins in Murcia” and “Chutzpa and Ole”, which are a combination of the Israeli term for audacity and the Spanish term for encouragement.

“The Region of Murcia is a success story with many similarities to Israel,” Murcia-raised businessman Angel Mas, Board Advisor at the Zakut Association, said. “A story of ingenuity, adaptation, and inventiveness to maximize resources and open up to the world.”

“For decades, and without making noise, Murcia has pioneered some of the sectors that will define this century: AgroTech, WaterTech, Logistics, and FoodTech, among others. These segments also gained prominence by revealing themselves as paramount to the well-being of any society and overcoming a crisis like the COVID pandemic.”

The Regional Government of Murcia has been promoting bilateral relations with Israel in recent years through visits, institutional, economic, business, educational and cultural exchanges, with the help of Isaac Chocron Benaim, Chief Open Innovation Officer at Zakut Innovation Hub.

The Hub’s Board of Trustees is in charge of the Association of the same name, chaired by David Hatchwell. Hatchwell is President of Grupo EXCEM and a Member of the Board of OurCrowd, the most important international equity crowdfunding platform in the world located in Israel, which currently manages 1,750 million euros.

“This event is a testament to the increasing relationship between Israel and Murcia, and Spain as a whole,” Hatchwell said. “It is so obvious to those of us who are intimately familiar with both that our economies and innovation ecosystems are compatible, and we share that ‘can-do attitude’ to create important disruptive technologies for the betterment of all.”

The event also included a live-streamed conversation between Hatchwell and Micha Jesselson, CEO at Tel-Aviv-based family office Jesselson Investments. Micha expressed his interest in backing technology solutions together with Zakut’s team. “As long as there is innovation in Murcia, we will be there. As long as there are young hardworking people, we will be there”. Jesselson also insisted that there is a huge opportunity for women to be leaders in this context.

About The Publishers
Zakut Association
Publish your organization's press release on JNS Wire
Releases published on the JNS Wire are communicated and paid for by third parties. Jewish News Syndicate, and any of its distribution partners, take zero responsibility for the accuracy of any content published in any press release. All the statements, opinions, figures in text or multimedia including photos or videos included in each release are presented solely by the sponsoring organization, and in no way reflect the views or recommendation of Jewish News Syndicate or any of its partners. If you believe any of the content in a release published on JNS Wire is offensive or abusive, please report a release.