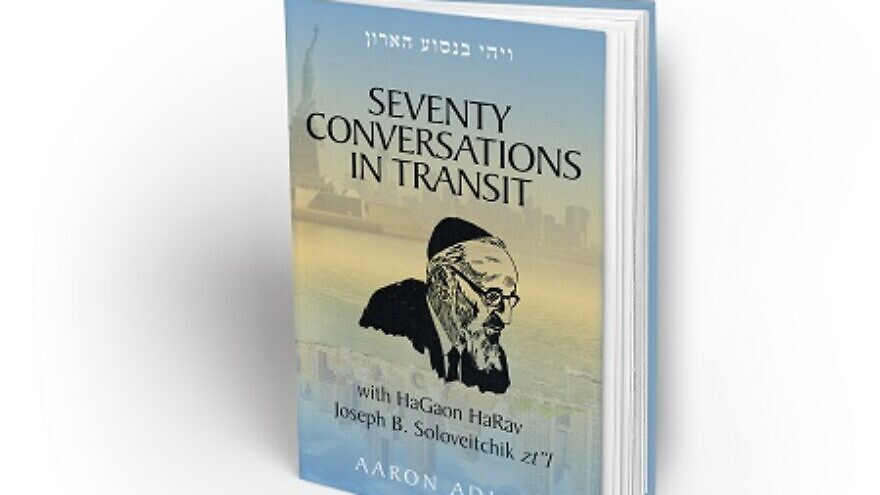 While a student at Yeshiva University, Rabbi Aaron Adler, now a communal rabbi and rosh yeshiva in Israel, had the privilege of serving as Rabbi Joseph B. Soloveitchik’s driver. In this charming and edifying book, Rabbi Adler records some of the conversations he had while driving with “the Rav,” one of Judaism’s leading figures in the twentieth century, bringing to life the Talmud’s teaching that “service of Torah is greater than study.”

These discussions relate to Jewish law, teaching and studying Torah, the well-being of Israel and the Jewish people, ethics, and more “mundane” topics, revealing a more personal dimension of a scholar known for his demanding intellect. Rabbi Adler ably draws out the implications of the Rav’s comments and provides the context necessary to understand the Rav’s views.

This volume joins the extensive number of works published by OU Press containing the teachings of Rabbi Joseph B. Soloveitchik, including the five-volume Chumash Mesoras HaRav, the Siddur Mesorat HaRav, and many others as well.

Orthodox Union
Founded in 1898, the Orthodox Union, (OU), serves as the voice of American Orthodox Jewry, with over 400 congregations in its synagogue network. As the umbrella organization for American Orthodox Jewry, the OU is at the forefront of advocacy work on both state and federal levels, outreach to Jewish teens and young professionals through NCSY and Birthright Israel/Israel Free Spirit trip organizer, and Yachad, the National Jewish Council for Disabilities, among many other divisions and programs. For more information, visit https://www.ou.org/.
Publish your organization's press release on JNS Wire
Releases published on the JNS Wire are communicated and paid for by third parties. Jewish News Syndicate, and any of its distribution partners, take zero responsibility for the accuracy of any content published in any press release. All the statements, opinions, figures in text or multimedia including photos or videos included in each release are presented solely by the sponsoring organization, and in no way reflect the views or recommendation of Jewish News Syndicate or any of its partners. If you believe any of the content in a release published on JNS Wire is offensive or abusive, please report a release.