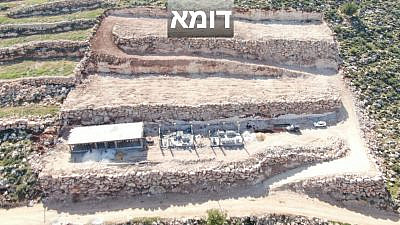 The tip of the iceberg: Illegal construction near Duma, during holiday recess 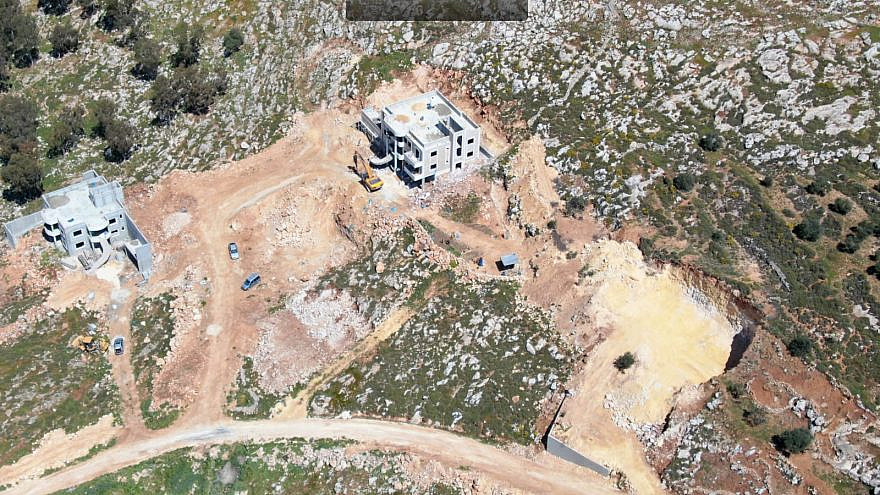 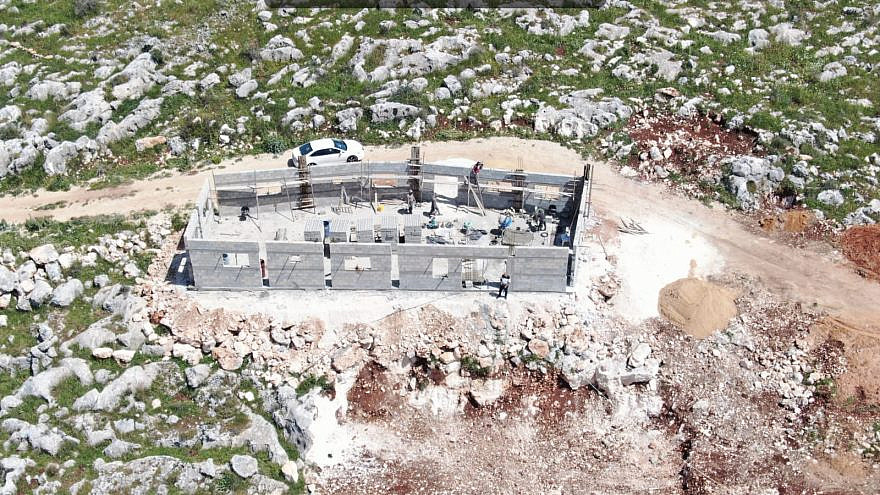 While Israelis enjoyed the week-long Passover holiday, the Palestinian Authority (PA) used the Civil Administration’s vacation to full advantage, carrying out lightning-paced construction at a number of strategically-placed sites in Area C, the portion of Judea and Samaria under full Israeli jurisdiction.

One of the projects aimed at establishing facts on the ground during the inspectors’ vacation is on the outskirts of Rujeib, located between Shechem (Nablus) and the Jewish community of Itamar in Area C. Over the intermediate days of the Passover festival, new areas were leveled for construction and infrastructure was laid for an illegal construction project that broke ground in recent months.

In the vicinity of Duma, a village adjacent to the Alon Road in the eastern Binyamin section of Area C, three permanent structures were built over the holiday – part of an enormous illegal construction project that is doubling the size of the village.

At Khirbet Khurkosh, an archaeological site in central Samaria that has been subjected to large-scale invasion and destruction in recent months, a very large brick-and-mortar structure was built over Passover.

Under current Civil Administration operational guidelines, all field inspectors vacation for the duration of the Jewish high holidays in the fall and Passover in the spring. For a week or more, no oversight, inspection or enforcement activity is carried out in Judea and Samaria. The results have become depressingly predictable: an outbreak of illegal construction in Area C.

Several years ago, Regavim released a report entitled “Festivals of Construction” (Hebrew) surveying this phenomenon. Among other recommendations, the report suggested that the Civil Administration hire Druse inspectors to carry out the necessary fieldwork on Jewish days of rest and festivals, paralleling the system used by the Ministry of Industry, Trade and Labor to enforce Israel’s days-of-rest laws and the Ministry of Interior’s system for enforcing Passover Chametz laws.

“These are the tip of the iceberg of the systematic annexation-via-construction program that is carried out on Jewish holidays, which have become festivals of illegal construction in the Arab sector throughout Israel, and particularly in Judea and Samaria,” says Eitan Melet, Regavim’s Field Coordinator for Judea and Samaria. “The authorities know full well what will happen, but fail to take any preventative measures.”

Attached are photos of some of the structures built over the Passover holiday. All credits: Regavim 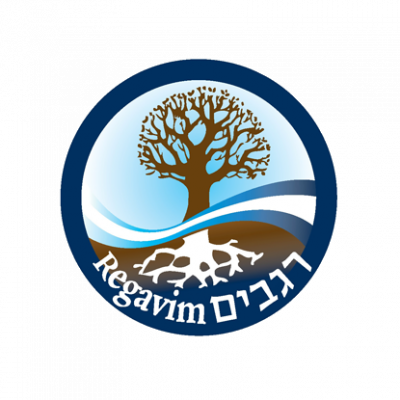 Regavim
Regavim is an Israeli non-profit dedicated to the preservation of Israel's land resources.
Publish your organization's press release on JNS Wire
Releases published on the JNS Wire are communicated and paid for by third parties. Jewish News Syndicate, and any of its distribution partners, take zero responsibility for the accuracy of any content published in any press release. All the statements, opinions, figures in text or multimedia including photos or videos included in each release are presented solely by the sponsoring organization, and in no way reflect the views or recommendation of Jewish News Syndicate or any of its partners. If you believe any of the content in a release published on JNS Wire is offensive or abusive, please report a release.