(May 18, 2022, Los Angeles, JNS Wire) On May 5, Marek Magierowski, Ambassador of the Republic of Poland to the United States of America, joined American Jewish University (AJU) President Dr. Jeffrey Herbst for a virtual discussion about the current conflict in neighboring Ukraine, Poland’s absorption of millions of Ukrainian refugees, and the former controversial Polish Holocaust bill.

Dr. Herbst began the conversation by asking about the Ambassador’s assessment of the current events in Ukraine. Ambassador Magierowski explained that Ukraine and Poland not only share a border but “a history, culture, and religious background.” As a result, the “outpouring of love and caring for Ukrainian brethren came as no surprise to me. For the first time, I am proud of two nations simultaneously – my own and Ukraine,” said Ambassador Magierowski.

Poland has welcomed over three million Ukrainian refugees since Russia invaded Ukraine in February and adopted an assistance law in March to help integrate refugees into Polish society. In addition to social benefits to support refugees, who are mainly women and children, Ukrainians can now apply for Polish identification, gain access to the Polish healthcare system, set up their own businesses, and send their children to Polish schools.

“We are doing for Ukraine what many countries and nations did not do for Poland in 1949,” stated the Ambassador.

As Ukrainian refugees currently make up seven to eight percent of Poland’s population, an audience member asked, “Do you think that the refugees who have fled Ukraine will be able to return eventually, or do you assume that they are now part of Poland?” The Ambassador responded that, “[The Ukrainian refugees] are most welcome.” Although many of them hope to return to Ukraine shortly, Ambassador Magierowski shared that he “is not hopeful.”

This prompted Dr. Herbst to inquire, “Would you favor Ukraine joining either the EU or NATO?” The Ambassador responded that Ukraine’s journey resembles Poland’s – which became a member of NATO in 1999 and the EU in 2004. He expressed that Poland’s membership in these two organizations is the reason his country feels safe amidst the war and does not fear a potential invasion by Russia.

During the conversation, Ambassador Magierowski also discussed his previous role as the Ambassador Extraordinary and Plenipotentiary of the Republic of Poland to the State of Israel between 2018 and 2021 – a particularly complex and contentious time between the two countries largely due to concerns over Poland’s Holocaust restitution. The now defunct law criminalized any mention of Poles being responsible or complicit in the Nazi crimes committed by the Third German Reich.

The Ambassador explained that after many years of countering a narrative that depicted Poland as hiding its involvement in the Holocaust, specifically Polish death camps, the Polish government eventually decided to respond legally to such claims. “For us it was absolutely stunning, bewildering to come across this kind of characterization of Poland’s role during the Holocaust, only through this one absurd term – Polish death camps,” said the Ambassador.

When asked about antisemitism in present-day Poland, Ambassador Magierowski shared that while Poland is not “immune to antisemitism…we don’t need armed guards in front of our synagogues.” He continued, “Antisemitism in Poland and around the world is absolutely abhorrent, and [I] am committed – as a friend of Israel, Jews, and Jewish culture – to defending the Jews’ right to have their own state and to have their own culture.” 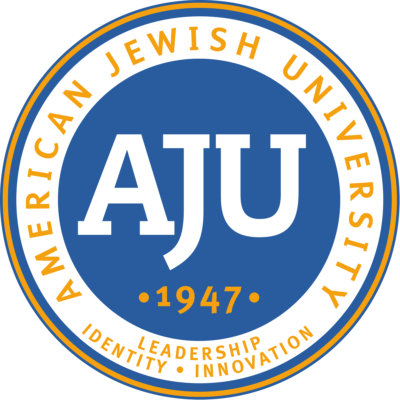 American Jewish University
American Jewish University (AJU) is a thriving center of Jewish resources and talent that serves the Jewish community of the twenty-first century. A portal for Jewish belonging, AJU equips students, faculty, campers, and learners of all ages with the tools to create the ideas, build the structures, and develop the programs to advance Jewish wisdom and elevate Jewish living. For more information, visit www.aju.edu.
Publish your organization's press release on JNS Wire
Releases published on the JNS Wire are communicated and paid for by third parties. Jewish News Syndicate, and any of its distribution partners, take zero responsibility for the accuracy of any content published in any press release. All the statements, opinions, figures in text or multimedia including photos or videos included in each release are presented solely by the sponsoring organization, and in no way reflect the views or recommendation of Jewish News Syndicate or any of its partners. If you believe any of the content in a release published on JNS Wire is offensive or abusive, please report a release.
Never miss a thing
Get the best stories faster with JNS breaking news updates