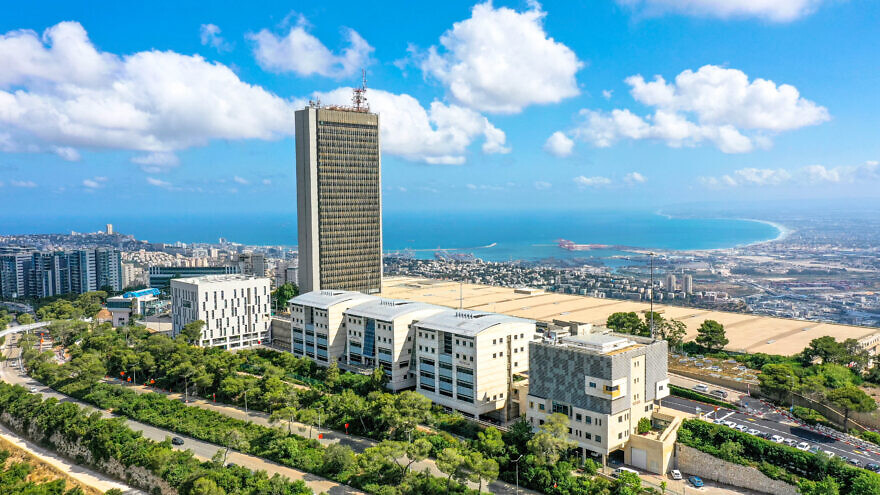 University of Haifa today announced that its Laboratory for Religious Studies has received a $50,000 donation from the Illinois-based Wayfarer Foundation and board member Steve Sarowitz, an American businessman and philanthropist whose passion for the city of Haifa is derived from his Baha’i Faith.
Sarowitz — the founder of Paylocity, a company that provides cloud-based payroll and human capital management software — was inspired by the religious studies initiative’s status as a “living laboratory” for his values, particularly a core Baha’i tenet of eliminating religious strife.

“Each of the world’s major religions is a beautiful and distinct chapter in a single, eternal Faith of God,” Sarowitz said. “It is important to study religions to go beyond tolerance and co-existence to arrive at a place of unity and love.”

University of Haifa’s Laboratory for Religious Studies seeks to promote inter-religious dialogue and harness religious resources for the bettering of communal life. In a world struggling with virulent intolerance and violence, the Laboratory is set to play an important role in understanding current religious trends and promoting harmony in the Middle East and around the world. The Laboratory is also the first iteration of a larger Center for Religious Studies at the University. The Center will draw an international community of scholars and students who seek to conduct research in religious studies and related fields; they will host a variety of activities to support these goals and promote scholarly dialogue and engagement with the general community.

The city of Haifa has been well known as a model for peaceful coexistence among different faiths and cultures for hundreds of years. The Laboratory for Religious Studies draws on the unique strengths of Haifa as a city of religious tolerance and diversity. Instead of being tucked away as an “ivory tower”; the laboratory seeks to interact with its local diverse burgeoning community and find solutions to religious conflict throughout the world.

“This may come as a surprise, but the city of Haifa is the most religiously-diverse city in the world,” said Uriel Simonsohn, PhD, Head of the University’s Laboratory for Religious Studies. “This places the University of Haifa in an exceptionally unique position to offer its faculty and students a hands-on experience when it comes to religious studies. Our objectives are thus twofold: to create a state of the art hub of religious studies and to harness academic resources for promoting interreligious dialogue and collaboration.”

At the same time, University of Haifa has launched numerous other initiatives that foster coexistence and social justice in collaboration with the institution’s local community, including the Academic and Social Leadership Program for the Druze Society, the Community Leadership Program for Jewish and Arab Students, and the Legal Clinics for Human Rights and Social Change.

Republish this article
About The Publishers
American Society of the University of Haifa
Publish your organization's press release on JNS Wire
Releases published on the JNS Wire are communicated and paid for by third parties. Jewish News Syndicate, and any of its distribution partners, take zero responsibility for the accuracy of any content published in any press release. All the statements, opinions, figures in text or multimedia including photos or videos included in each release are presented solely by the sponsoring organization, and in no way reflect the views or recommendation of Jewish News Syndicate or any of its partners. If you believe any of the content in a release published on JNS Wire is offensive or abusive, please report a release.