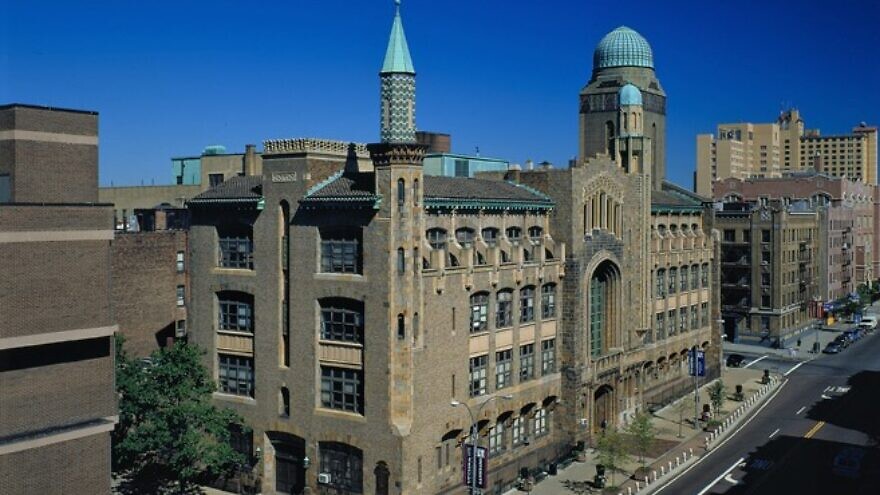 (June 14, 2022 / JNS) Yeshiva University in New York is the latest academic institution to acquire the unabridged version of the Shoah Foundation Visual History Archive, a collection of audiovisual interviews comprising 54,000 eyewitness testimonies of witnesses and survivors of the Holocaust, as well as genocides in Nanjing, Rwanda, Armenia, Guatemala and Cambodia.

The archive was established by film director Steven Spielberg in 1994 to videotape and preserve interviews with survivors and other witnesses of the Holocaust. It allows users to learn about the history of the Holocaust on a micro-level—from a given town, community or family to a single Holocaust survivor.

Shay Pilnik, director of the Emil A. and Jenny Fish Center for Holocaust and Genocide Studies at Yeshiva University, was able to read the testimony of his late great-uncle, who survived the Holocaust as a partisan in Belarus.

“I cannot think of an educational tool better than the Shoah Foundation Visual History Archive to impart the message that Holocaust education is a critical subject for the here and now. What 6 million Jews means is one Jew—an entire universe—6 million times,” he said.

The acquisition was made possible by two university libraries: the Emil A. and Jenny Fish Center for Holocaust and Genocide Studies, and the Dr. Lillian and Dr. Rebecca Chutick Law Library of the Benjamin N. Cardozo School.

“I am thrilled that we’re able to provide a resource that faculty and students have been requesting since my association with the University Libraries began in 2015,” said Paul Glassman, director of scholarly and cultural resources at Yeshiva University.

He also noted that the archive takes a “universal approach” to help people “understand the persistent threat of genocide around the world.”

Jocelyn Getgen Kestenbaum—associate professor of clinical law at Cardozo Law School, and director of the Benjamin B. Ferencz Human Rights and Atrocity Prevention Clinic, as well as the Cardozo Law Institute in Holocaust and Human Rights—said it is crucial to keep the survivors’ voices and narratives alive.

“The Shoah Foundation Visual History Archive is a crucial resource so that the world can never forget,” she said, “and so that we might begin to build a world where ‘Never Again’ rings true.”