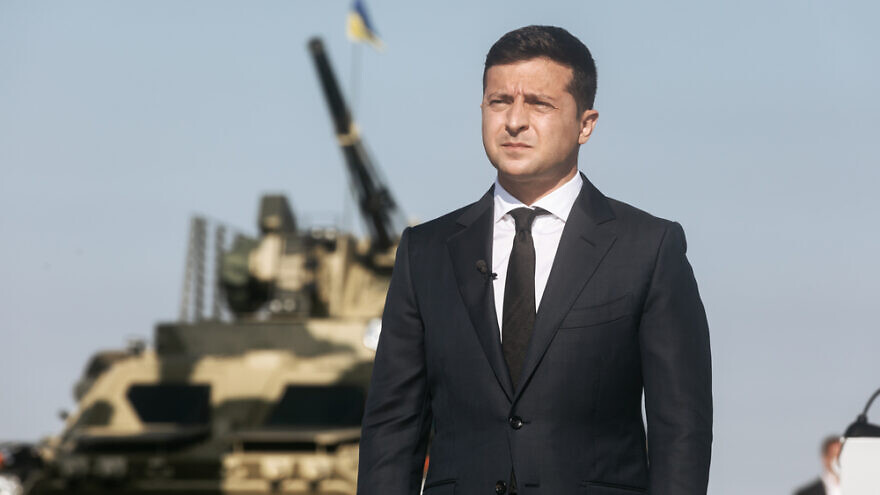 (March 10, 2022 / JNS) Ukrainian President Volodymyr Zelensky is expected to address the full Israeli Knesset in the next few days.

Knesset speaker Mickey Levy spoke with Ukrainian Ambassador to Israel Yevgen Korniychuk on Thursday, when he reiterated his invitation to Zelensky to address the Knesset via video call.

“The Ukrainian ambassador promised to forward Speaker Levy’s response, and they agreed to schedule a date for President Zelensky’s address via Zoom in the coming days,” according to a readout of the call.

The confirmation comes after some reported drama over the invitation.

The Ukrainian president had first asked to address the full Knesset. However, Levy told Zelensky that the Knesset, which had just finished its winter session, would be going on recess and that the building had been scheduled for renovation. Instead, Zelensky was offered a Zoom chat with a smaller number of Israeli lawmakers, which the president reportedly declined.

Nevertheless, the readout from the call between Korniychuk and Levy appeared to downplay any drama over the invitation.

“The ambassador thanked Speaker Levy for his welcoming response to his letter and for publicly clarifying and refuting the false information published in the press that allegedly argued that the Speaker had refused President Zelensky’s request to address Members of the Knesset.”

Zelensky has spoken to lawmakers in the United Kingdom and European Union, where he has received standing ovations as part of his attempt to rally the world to support Ukraine.