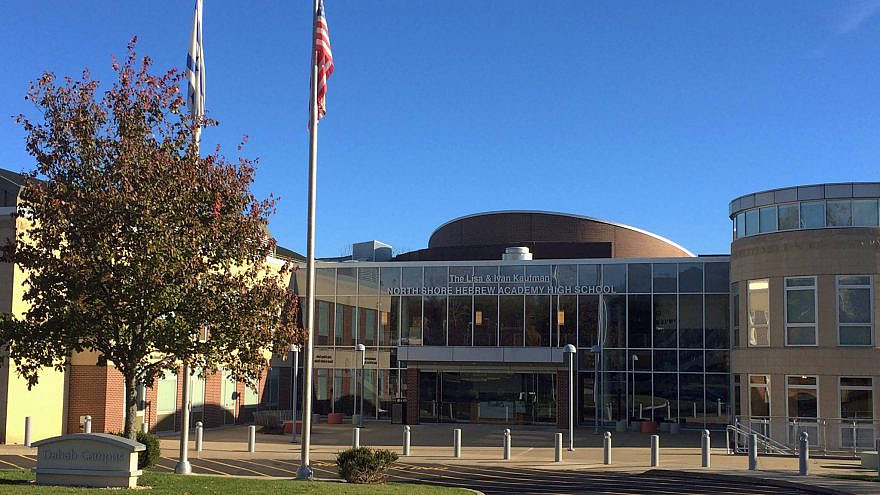 (December 15, 2020 / JNS) An anti-Semitic cyber-security attack that took place at a Jewish high school in Long Island, N.Y., on Monday has left students on edge and parents contemplating if they should keep their children at home for the rest of the school year.

Anti-Semitic images, threats, slurs and songs were posted on the website of North Shore Hebrew Academy High School in Great Neck. They were also included in emails sent to the school’s parents and students on Monday afternoon.

Skyler Askari, 15, a 10th-grader at the private high school, told JNS that the hacked emails were first sent out Monday afternoon around 3 p.m. after classes had already concluded. The school ended early on Monday because of parent-teacher conferences set to take place that evening, which were then canceled because of what transpired at the school.

The first disturbing email that Askari received included details of a one-way “field trip” to Auschwitz for $85. The application deadline was listed as “January 1945,” and the email said students would have to “walk into an SS office and declare themselves as Jews.”

“I was really confused. I thought it was part of a program,” said the teen, who was doing remote learning on Monday. “And then a couple of minutes later, we got another email saying, ‘Our website has been updated. Let us know what you think.’ ” 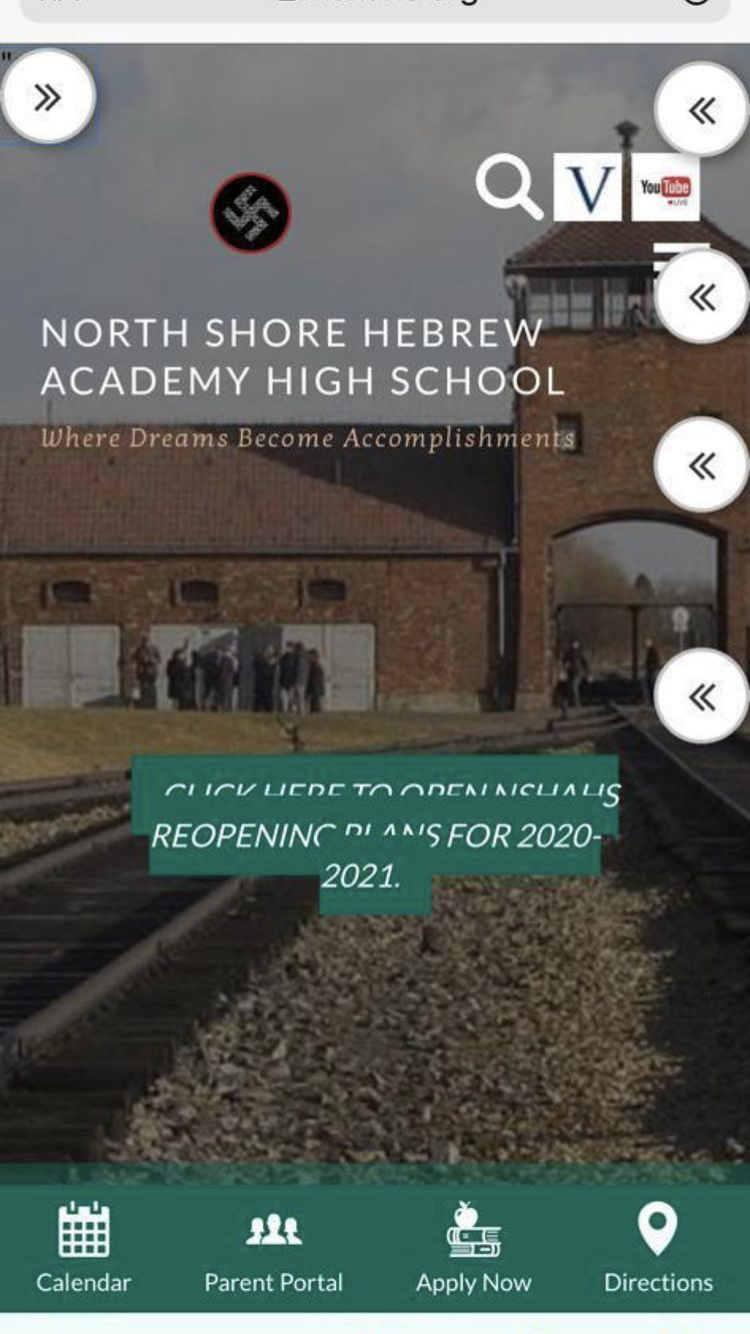 A view of the North Shore Hebrew Academy’s website after it had been altered by anti-Semitic hackers. Source: Screenshot.

“[My daughter] came to my room and said, ‘Mom, I’m so confused. Something is going on,’ ” said Jessica, Skyler’s mother. “I said, ‘Close the email immediately.’ And then I went to my email, and it was flooded” with anti-Semitic messages and leaked personal information.

Photos, credit-card information, home addresses and other personal details about the school’s students and teachers were circulated in emails, and students were even sent an entire Google document that listed all of their personal information, including photo numbers. At the end of the email, the hackers wrote “F*** ISRAEL.”

According to images and videos obtained by JNS, additional Nazi imagery on the website included a clip of marching Nazi SS guards and an image of Adolf Hitler. The website stated that North Shore believes “in executing our jews [sic], not merely deporting them. … We don’t want our jews [sic] to continue being rats so finally erasing them from this Earth is much preferred.”

Other emails sent to students and parents said, “F*** all Jews. Arbeit Macht Frei! We demand a 4th Reich!” and showed images of a swastika, along with the message “We are everywhere.”

A different email said in its subject line, “LETS GO TO AUSCHWITZ YOU FAGGOT.”

The hackers also sent students an email posing as one of North Shore’s teachers and wrote in the email’s subject box, “GO BACK TO THE OVEN.” One student shared that on the school’s website was a video with the logo of Palestinian Media Watch that including imagery and a song about killing Israelis.

Skyler said the students she spoke with were “really freaked out” by the hack. “My grade group chat, we were texting and talking about it, and everyone was really scared. And we started sending [each other] pictures of the emails that they opened before and anti-Semitic videos they got. People were saying, ‘I’m not going to school tomorrow. I don’t care if classes are resumed.’ ” 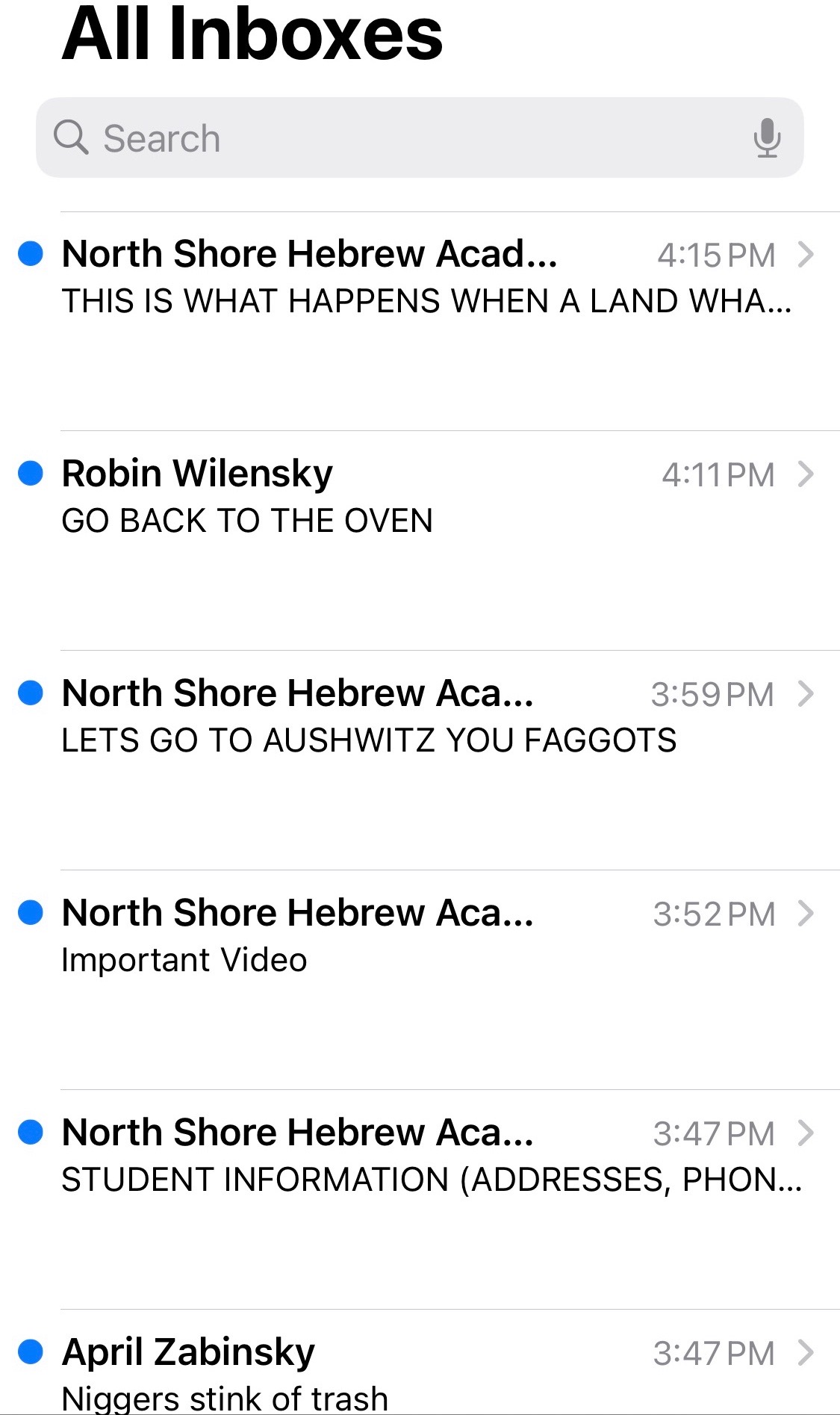 A view of the anti-Semitic hate mail received by students at the North Shore Hebrew Academy. Source: Screenshot.

Jessica Askari added that “parents were messaging each other saying make sure to put your security alarm on and just be vigilant. Everybody’s on edge.”

“It wasn’t just a threat email. They have your name, personal information and address. They hacked into the system in every possible way. And parents were saying, ‘We’re terrified because they’re not gonna hit when we know it, they’re gonna hit when everything settles down. Then they’re going to do something,’ ” she continued, as parents wondered whether they should keep their children home for the rest of the year.

Images obtained by JNS show that several of the anti-Semitic messages sent via email were signed “#OPISRAEL.”

According to The Jerusalem Post, OPISRAEL is an annual coordinated effort by pro-Palestinian hackers meant to attack Israel and Israelis. It has been taking place annually on April 7 for the past seven years. In June, a pro-Palestinian group released the personal information, including ID numbers, credit-card details and phone numbers of hundreds of Israelis.

An image that Skyler shared with JNS shows a message on the school’s website that said, “You’ve been hacked by Anonymous,” another hacker group.

The school’s website and email system are currently shut down. North Shore Hebrew Academy emailed an official statement to parents and faculty on Monday stating that as soon as they discovered the cybersecurity breach, they “contacted law enforcement, who arrived on campus within minutes.”

“Law enforcement is actively investigating the situation and will advise us of our next steps,” said the statement. “We have taken the school website, as well as the email system temporarily offline. … We will continue to work together with law enforcement to ensure the safety and security of our parents, students and faculty.”

The high school canceled classes on Tuesday, both in person and remotely, due to the technical logistics of the work that will need to be done in the immediate short term. The school is also offering emotional counseling to students.