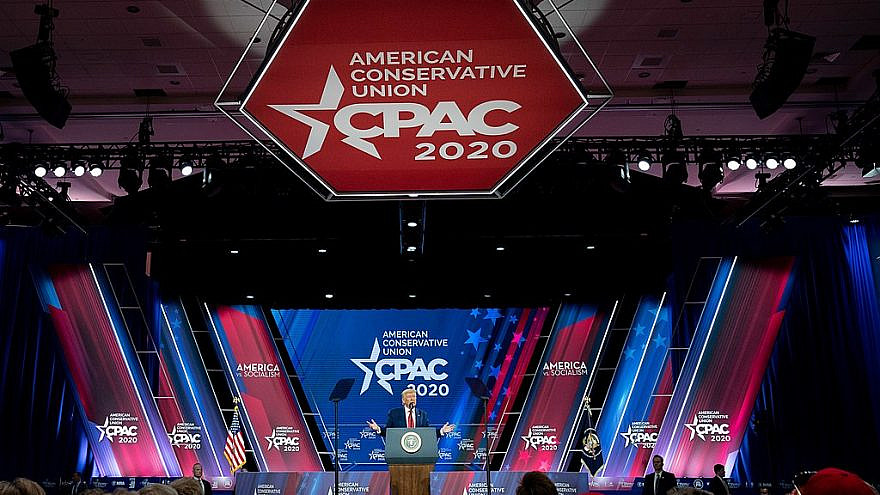 (February 23, 2021 / JNS) The Conservative Political Action Conference (CPAC) on Monday announced the removal from its Sunday conference of a social-media “influencer” with a history of anti-Semitic statements.

The announcement followed the unearthing by progressive group Media Matters for America of tweets in which the planned speaker, known as “Young Pharaoh,” asserted that Judaism and Jews had been “made up” for “political gain.”

The online commentator has told followers that “all the censorship & pedophilia on social media is being done by Israeli Jews” and that “all of these big tech [companies], media & social media platforms are controlled by CCP & Israel through Jewish CEO & corrupt Democrats,” according to Media Matters.

He has also promoted the QAnon and Pizzagate conspiracy theories, and falsely claimed that coronavirus vaccines will “alter your DNA,” the organization said.

CPAC’s tweet stated, “We have just learned that someone we invited to CPAC has expressed reprehensible views that have no home with our conference or our organization. The individual will not be participating at our conference.”

Prior to CPAC’s disinvitation of Young Pharaoh, the American Jewish Committee tweeted that he had “spread horrific anti-Semitic lies. He has no place on the @CPAC stage. CPAC leadership must denounce his anti-Semitic conspiracy theories and act to ensure that Jew-hatred has no place at the conference.”

The Stop Antisemitism.org watchdog also tweeted: “We’re curious who made the executive decision to invite this anti-Semite in the first place?!”