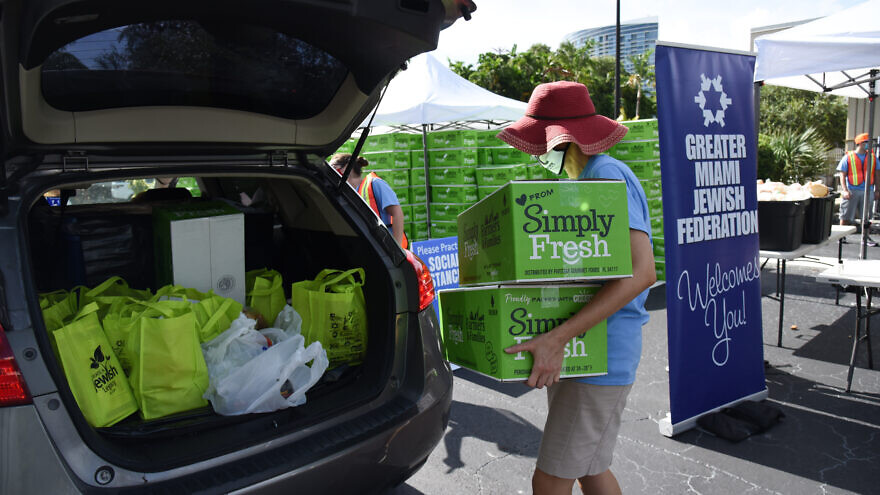 (September 2, 2020 / JNS) In the first few weeks of the global pandemic, the Jewish Family Service and Children’s Center Service of Passaic-Clifton, a regional JFS organization in New Jersey, saw an immediate increase in requests for food aid, especially as the Passover holiday approached.

By the summer, they had welcomed more than 145 new clients in need of services—everything from counseling, job assistance, financial aid and food from their food bank.

Across the country, the Jewish Family Service of Los Angeles anticipated similar needs, though given the size of their population on a much larger scale. They launched a COVID-19 emergency fundraiser in March, bringing in $2 million in three months, while their needs rose astronomically in same time frame. Their SOVA Food Pantry in the San Fernando Valley alone saw an increase in demand of nearly 50 percent.

Ask nearly any Jewish nonprofit in the United States these days and administrators will likely tell a similar story: The needs are expansive, the costs of services are rising, and yet they are determined to help as best they can with limited resources in the midst of a global pandemic and economic downturn.

“Jewish human-service agencies have seen marked increases in requests for emergency financial assistance, food assistance, mental-health counseling and employment services—all related to the continuing impact of COVID-19, the related economic fallout, the continued uncertainties and the lasting emotional impact,” said Reuben Rotman, president and CEO of the Network of Jewish Human Service Agencies, which includes many Jewish family service and Jewish vocational-service organizations. “Agencies have increased staffing to address these areas and continue to seek funds to ensure continued and increased service delivery.”

According to Jacob Solomon, president and CEO of the Greater Miami Jewish Federation, the pandemic “has affected every aspect of communal life and individual life. The primary concern is for people who are the most vulnerable, and from the beginning, our communal priority was on social-service needs: nutrition, isolation, access to our services.” 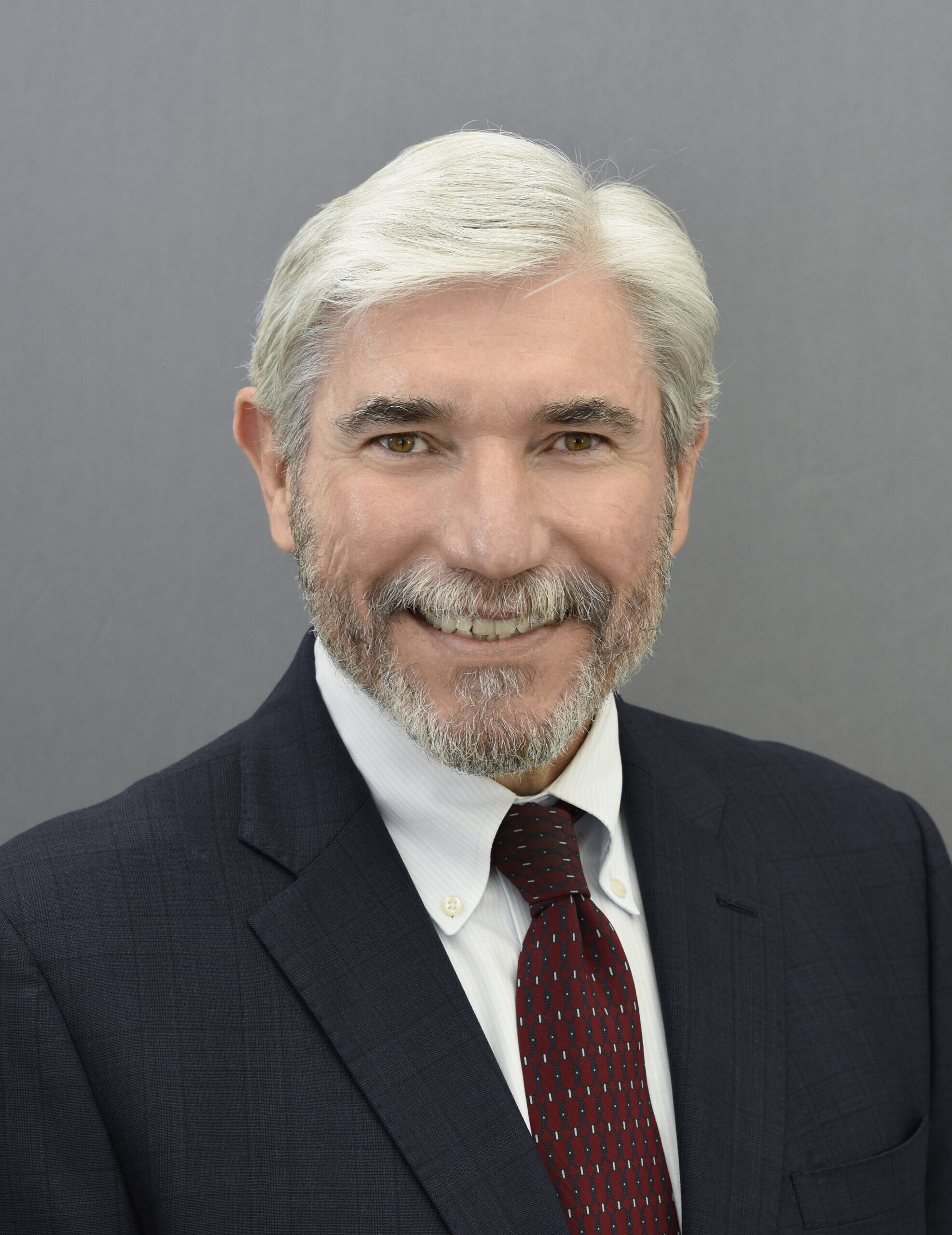 “We have given out $4 million in extra grants and loans, and a lot of our organizations got the PPP [Paycheck Protection Program] loans, so it’s been a tremendous amount of assistance,” he noted, “but I feel we haven’t scratched the surface of the need we will be seeing.”

The Federation, along with partner agencies, is also hosting drive-thru kosher-food distributions. More than 1,000 families received packages of kosher meat, rolls, locally grown fruits and vegetables, and non-perishables at the most recent event in July. Another food distribution took place in late August. 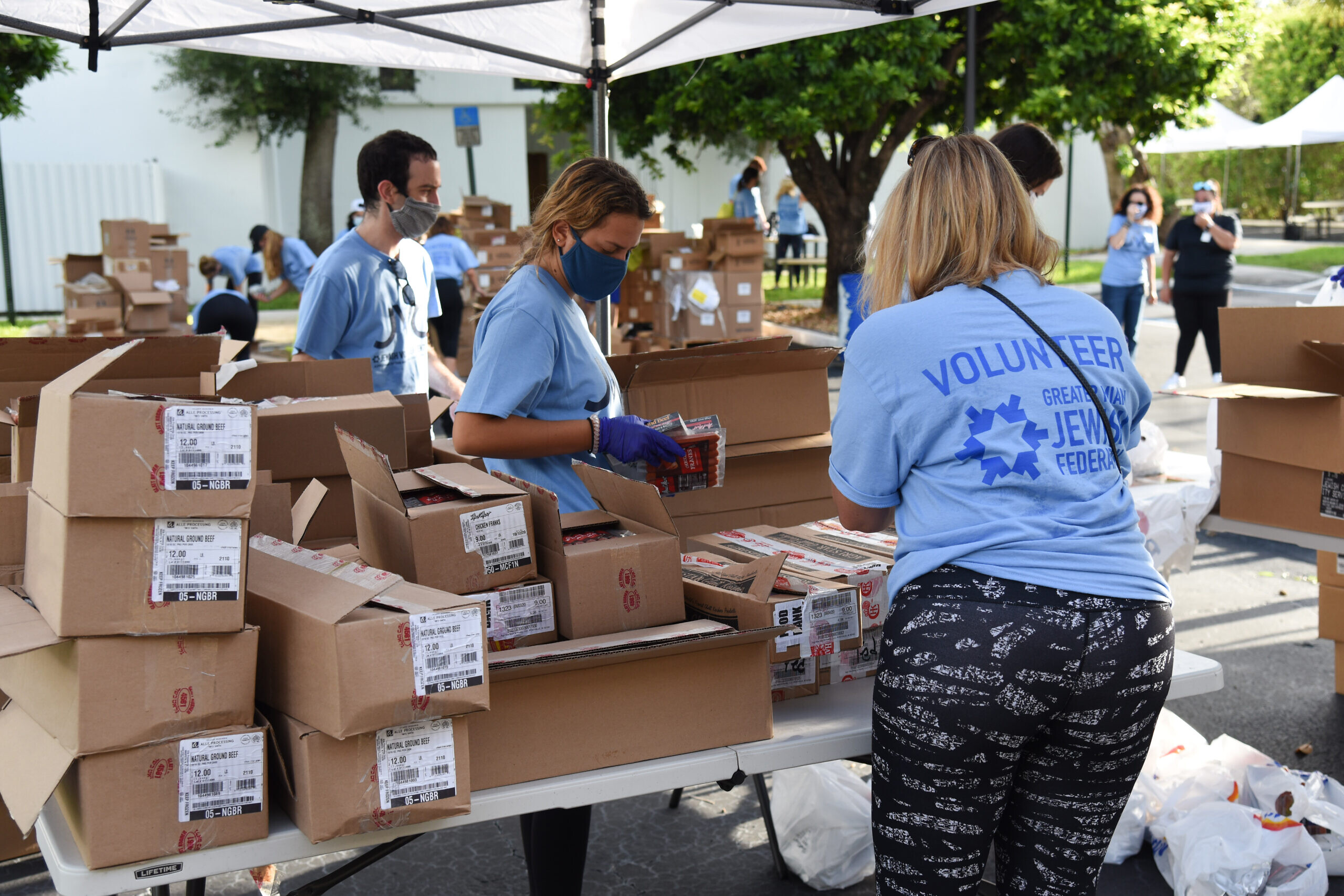 ‘They are facing unprecedented obstacles’

Taryn Baranowski, chief marketing officer of the Jewish Federation of Greater Houston, says it has been “challenging to figure how to manage this crisis. We’ve experienced crises before,” including severe floods resulting from hurricanes and storms that devastated neighborhoods, “but they are usually on a truncated timetable and a natural disaster. That is much different than the current situation.”

She noted that federation’s annual campaign is down slightly, just 8 percent. That was nowhere near the 50 percent reduction some had feared. They’ve also raised $2.7 million for a COVID-specific fund with much of the monies going to the local Jewish family service and those most in need of aid.

The Jewish nonprofit world is not alone in its needs. The National Council of Nonprofits reports that “individual giving in the first quarter of the year was down 6 percent compared to the same time last year.”

“The state of nonprofits right now is challenging, to say the least, and it doesn’t matter what sort of nonprofit it is. They are facing unprecedented obstacles right now,” said Rick Cohen, chief communications officer and COO for the National Council of Nonprofits. 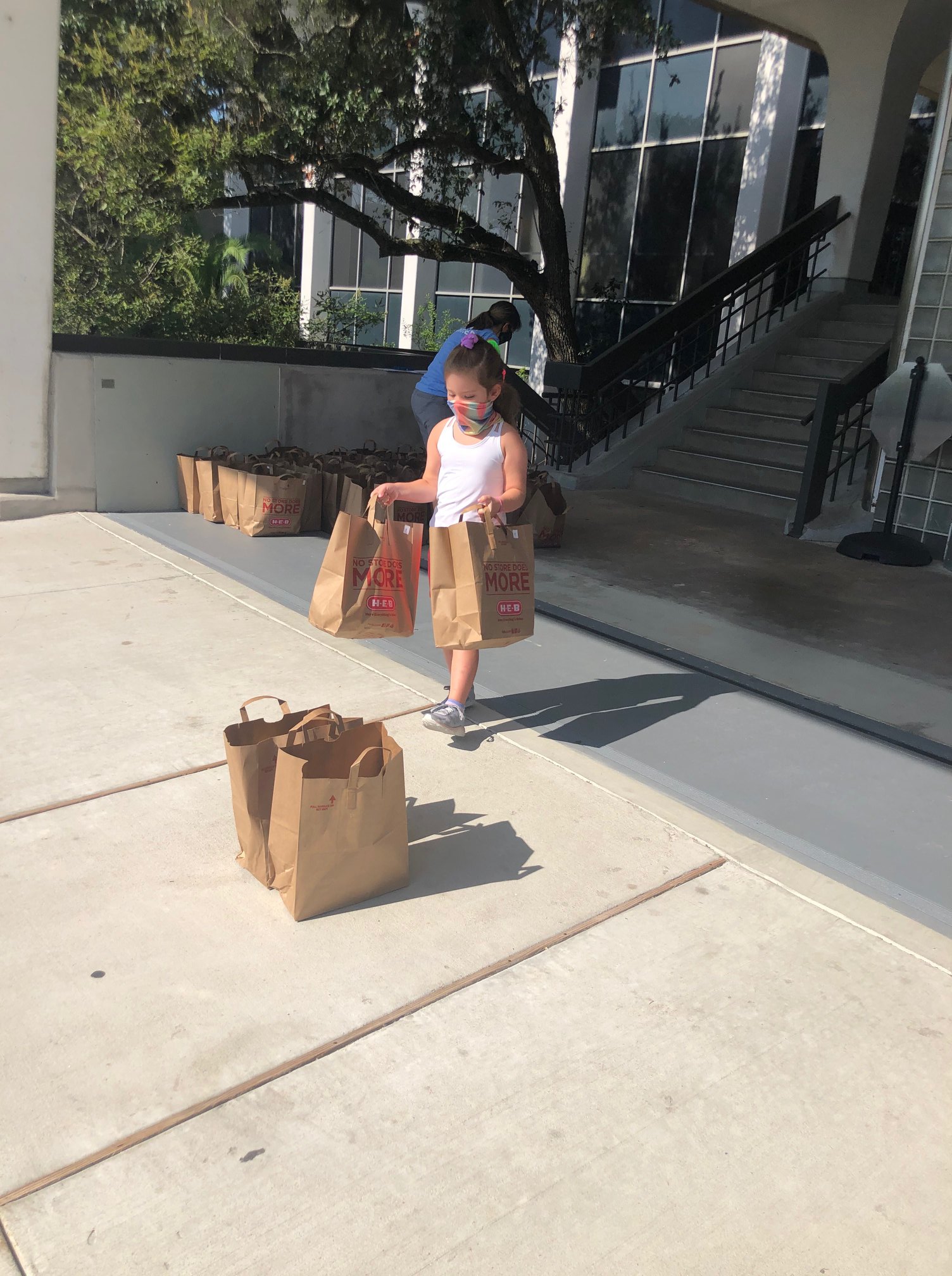 Adding to concerns about decreasing donations, nonprofits run programs that receive funds from local, state or federal governments. In some cases, those payments that have not been received, Cohen said. While the PPP loans did help nonprofits that were eligible, more is needed.

“Without something more and quickly, we will see a lot more nonprofits that aren’t going to be able to help their community. There is only so far they can stretch, and they’ve passed that point. They are doing everything they can, but there are limits,” he said. “Some of the stories we have been hearing over the last few weeks are heartbreaking.”

Knowing how crucial it is for people to step up and donate to nonprofits, a bipartisan delegation from Congress is pushing for a change to the federal tax code. The Universal Giving Pandemic Response Act would allow people who do not itemize deductions to deduct charitable contributions made in 2019 and 2020 on their taxes.

“Nonprofits and charitable organizations have long been leaders on the front lines of this pandemic, putting Americans first and aiding recovery efforts in our community,” Rep. Mark Walker (R-N.C.) said in a statement announcing the bill. “By increasing incentives for charitable giving, we can embolden our citizens to give back to those who have repeatedly given to us in this time of need.”

Rep. Chris Pappas (D-N.H.) added that “expanding the charitable giving tax credit is the easiest way to support our nonprofits in this difficult time.”

‘Ready and willing to help others’

If there is any bright spot to be had, it may be that in the Jewish community at least, donors are stepping up.

In a survey conducted by researchers from Brandeis University of Jews living in 10 mid- to large-size Jewish communities in the United States and the impact the pandemic has had on them, “lots of people said their philanthropy will increase because they know the need is now greater,” said Leonard Saxe, director of the Cohen Center for Modern Jewish Studies and director of the Steinhardt Social Research Institute at Brandeis University in Waltham, Mass.

He noted that overall, those surveyed had faired relatively well during the pandemic. However, those who were already “living on the edge or just making it” prior the pandemic “are in many respects worse of.”

That many in the Jewish community are willing to boost their charitable giving is likely welcoming news to federations, which are concerned about whether or not they will have enough communal support to address the growing demands for services.

Key to getting the buy-in from communal donors is making personal connections.

“Some donors are saying, ‘You guys are doing a great job, and I am happy to give my gift again this year,’ ” related Miami’s Solomon. “Others say we want to be supportive, but we are not in a position to do so.”

The United Jewish Federation of Utah, which has a $750,000 budget annually and serves a Jewish community of between 6,500 to 9,000 people, is currently 15 percent ahead of its fundraising goals than usual at this time of year. This comes despite the fact that its annual fundraising gala was canceled.

“We found the community was ready and willing to help others and open their wallets,” said Federation director Alex Shapiro.

He noted that the biggest needs they’ve seen so far are requests for rent assistance and food from their food bank. “Our Jewish family service has been pounding since day one. The need has been great and enhanced, and fortunately, the community and individuals and federation rose to the occasion, making sure there is enough funding to meet their significant increases now and for the foreseeable future.” 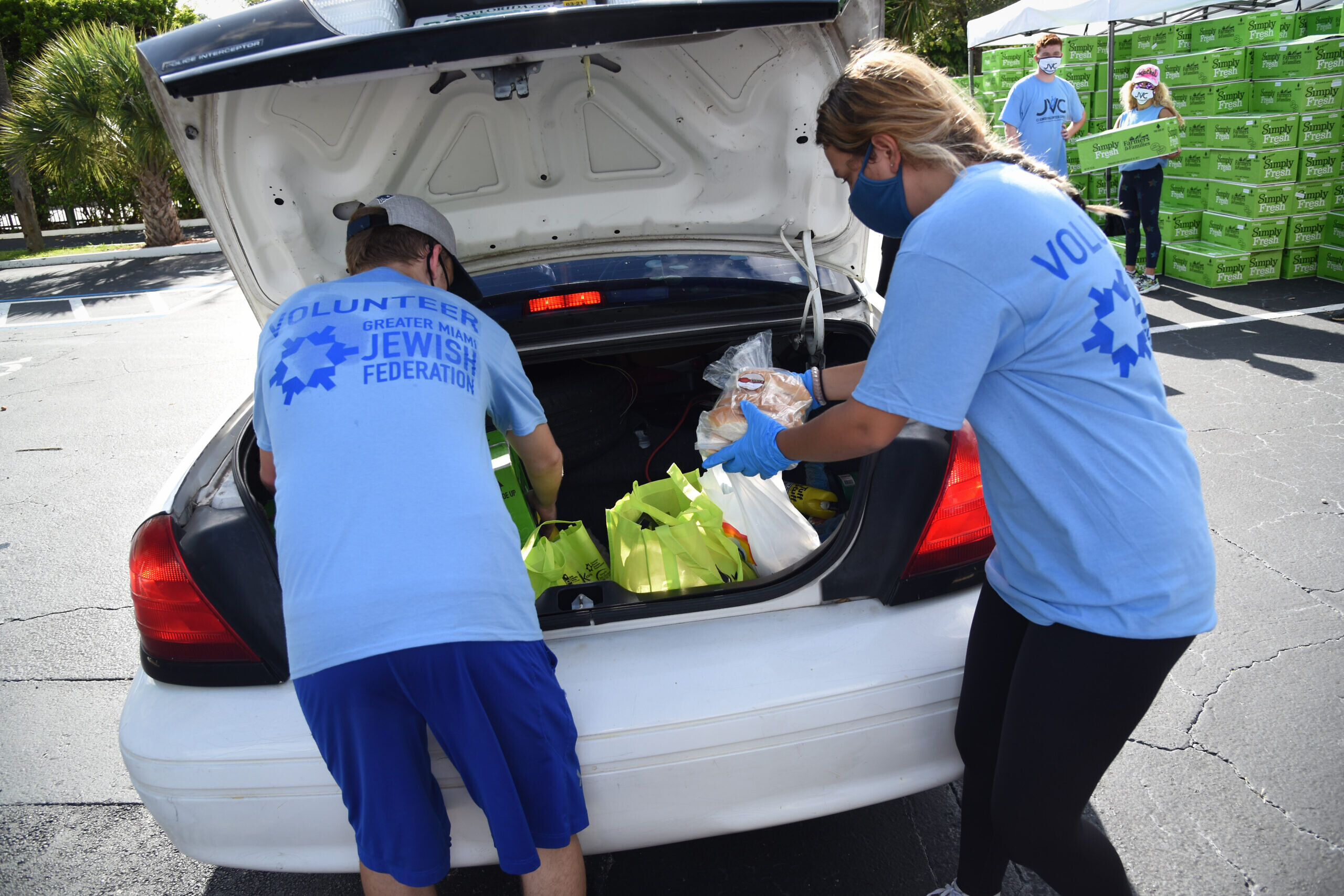 All told, the Jewish Federations of North America raised some $175 million for communal needs in just three months. That number does not include the $90 million Jewish Community Response and Impact Fund, created by a group of donors to provide zero-interest loans to Jewish institutions nationwide. It also provided grants to support critical and groundbreaking work in American Jewish communities and communal institutions that focus on Jewish education, engagement and leadership.

On Tuesday, JFNA announced the creation of a $54 million fund for human-services agencies serving the Jewish community. Moneys for the fund will come from seven different foundations and Jewish federations nationwide.

“Since mid-March, federations have been in active crisis-management mode as the COVID-19 pandemic has impacted every part of Jewish communal life,” said JFNA board chair Mark Wilf. “They have used their endowments and launched emergency campaigns to support Jewish life and sustain their local agencies, yet the length and depth of this downturn remains unknown. We believe this effort will help alleviate Jewish families, seniors and others who have been hard hit by this pandemic.”

That news is music to the ears of Jewish human-service agencies grappling with individuals’ needs—needs that may well continue to grow as the pandemic drags on and government assistance, including unemployment payments and PPP loans, come to an end.

As Saxe noted, “The fact that we didn’t uncover widespread devastation” could be due to the availability of federal aid. “We will need to see what happens. … We’ve heard anecdotally that some federated communities put money aside to help people in desperate need, but were surprised they didn’t need to use those funds.

“I don’t think it was because there wasn’t an underlying need, but because the government stepped in,” he said.

With the pandemic still in full swing, many questions remain, though Jewish communal leaders assure that they will be ready for whatever needs arise.

“I really think this is a teachable moment for the community of why federation exists,” said Solomon. “This is the reason federations were created, and it’s very important that we do our job and do it well, and identify the needs to make sure people don’t go hungry and have a safety net under them.”