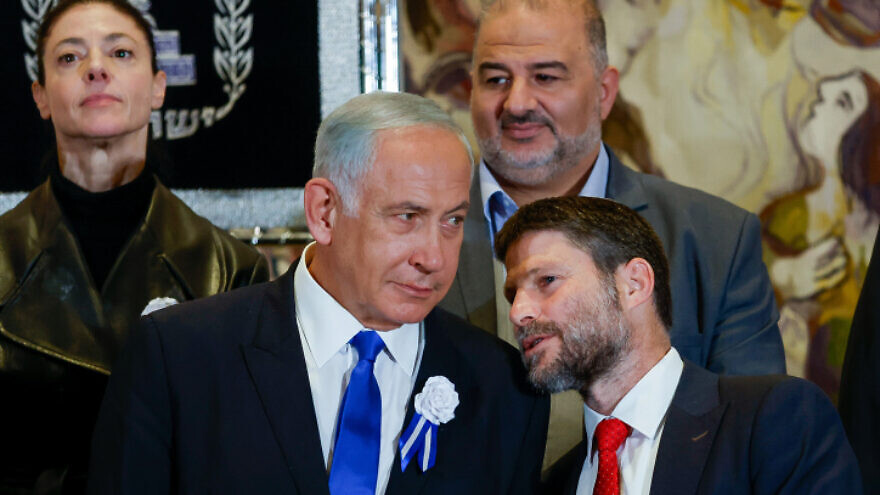 (November 20, 2022 / Israel Hayom) Religious Zionism Party head Bezalel Smotrich will not be given the defense portfolio, even if it means sending the country back to elections, according to Likud Party officials.

The statement comes as the negotiation teams are scheduled to meet on Sunday to try to break an impasse in coalition talks.

Smotrich, for his part, has said he would be willing to accept the finance portfolio, which is also sought by Shas Party leader Aryeh Deri.

Likud has reportedly asked Deri and Smotrich to resolve the matter between themselves, but the Religious Zionist Party has rejected the idea, saying the issue must be resolved by Likud leader Prime Minister-designate Benjamin Netanyahu himself.

Earlier, Smotrich canceled a trip to the United States to meet with Jewish officials in order to finalize the coalition negotiations. He reportedly once again appealed to the Likud to hold a coalition “marathon” with the participation of all bloc leaders to come to an understanding and form a government as soon as possible.

Netanyahu “vetoes Smotrich, who heads a list that received 14 seats and over half a million votes and who wants a true right-wing policy in security,” the party said.