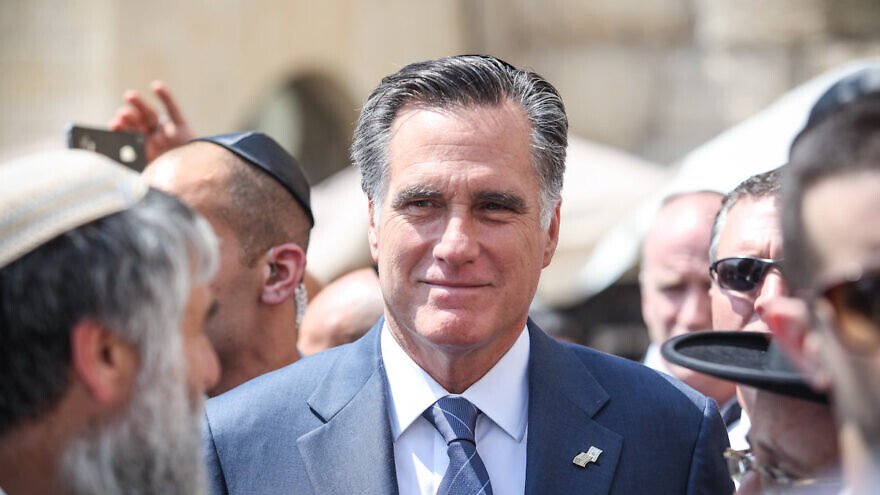 (June 7, 2022 / JNS) Sens. Mitt Romney (R-Utah) and Jon Ossoff (D-Ga.) sent a letter to the U.S. Secretary of State Antony Blinken calling for a “full and transparent investigation” into the May 11 shooting death of Palestinian journalist Shireen Abu Akleh on Monday.

Abu Akleh, who worked for the Qatar-based media outlet, was shot and killed in the course of a firefight in Jenin on May 11 between Palestinian gunmen and the Israel Defense Forces.

“The killing of a U.S. citizen and of a journalist engaged in the work of reporting in a conflict zone is unacceptable,” Romney and Ossoff wrote in the letter. “All over the world, journalists pursue truth and accountability at great personal risk. Press freedom is a core American value, and we cannot accept impunity when journalists are killed in the line of duty.”

“We insist that the administration ensure a full and transparent investigation is completed, and that justice is served for Ms. Akleh’s death,” concluded the letter.

In May, 57 Democratic members of the U.S. House of Representatives sent a letter to Blinken and FBI director Christopher Wray calling for an American investigation into Akleh’s death.

After the shooting, Israel attempted to start a joint investigation into the death with the Palestinian Authority; the offer was rejected. The P.A. then said it conducted its own investigation and concluded that she was deliberately killed by Israeli forces as she was trying to flee.

On May 26, addressing claims that Israel deliberately targeted the journalist, Israeli Defense Minister Benny Gantz said that “the State of Israel offers its condolences following the death of Shireen Abu Akleh. The IDF is conducting an ongoing investigation into the matter in order to reveal the truth. Any claim that the IDF intentionally harms journalists or uninvolved civilians is a blatant lie.”

David Friedman, former U.S. ambassador to Israel under President Donald Trump, pointed out that journalists dying in the line of fire is not uncommon.

“Since 1999, 2,658 journalists have been killed in war zones, including an American journalist in Ukraine just two months ago,” he tweeted. “Why are senators Romney and Ossoff limiting their inquiry to this one unfortunate incident?”