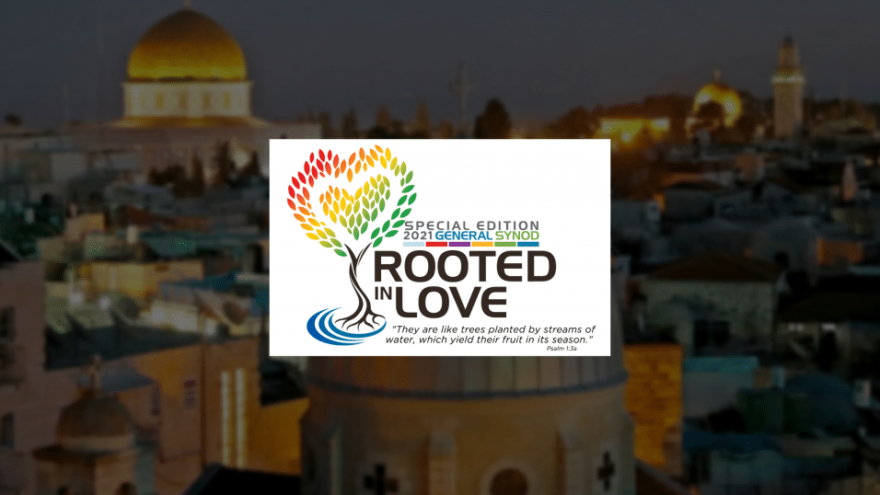 (July 19, 2021 / JNS) The leadership of the United Church of Christ adopted a resolution at its General Synod slamming Israel, accusing it of using “imperialistic theology” as justification of its policies towards the Palestinians.

The 3,500-word document, adopted by a vote of 462-78,  titled “Declaration for a Just Peace between Palestine and Israel,” pronounces “Israel’s continued oppression of the Palestinian people a sin, incompatible with the Gospel” and that it “rejects a future imposed by military power, illegal occupation and dispossession, or unilateral annexation of land and the use of an imperialistic theology as justification.”

The UCC further urges member churches and associations to adopt the resolution to guide their advocacy with the U.S. government.

The American Jewish Committee panned the resolution, saying it “demonizes Israel, fails to offer a credible path to Israeli-Palestinian peace and undermines advances in Christian-Jewish relations.”

The group added that it also “ignores inconvenient truths in the history and context of the Israeli-Palestinian conflict; innumerable peace proposals and initiatives rejected by Palestinians with violence and ongoing security threats to Israel.”

Rabbi Noam Marans, AJC’s director of interreligious and intergroup relations, said that the resolution comes at a precarious time.

“At a time when Jews are being physically attacked worldwide for their solidarity with Israel, suffering violence that clearly crosses the line from criticism of Israeli policies into blatant anti-Semitism,” he said, “one could rightfully expect an American Christian church to be more guarded in its judgments.”

“Where in this resolution for a ‘just peace’ is there any mention of Israel’s relentless pursuit of peace for 73 years?” asked Marans.

The United Church of Christ is a mainline Protestant Christian denomination based in the United States with some 4,852 churches and 802,356 members. In 2015, its General Synod overwhelmingly approved a resolution calling for the divestment of companies that profit from Israel’s “occupation.”

The resolution targeting Israel was the only one out of 11 considered by the UCC General Synod that dealt with international conflicts.