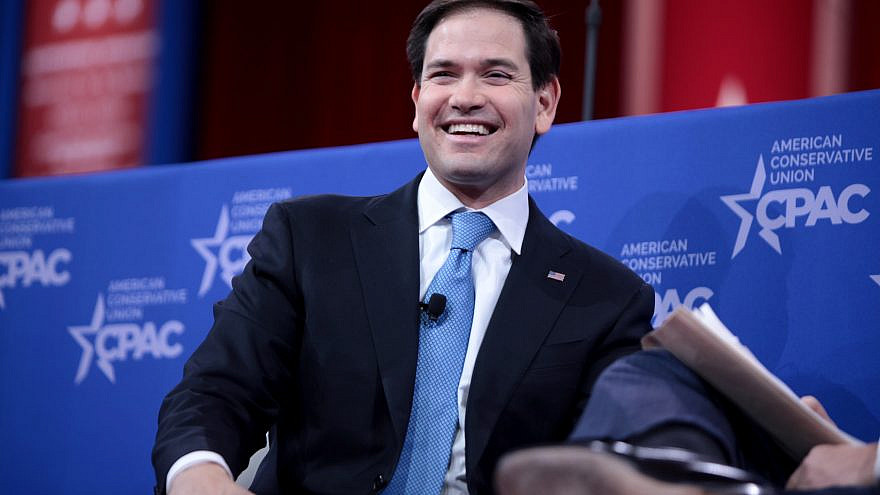 (June 2, 2021 / JNS) A group of 16 Republican senators signed on to a reintroduced bill that would require the imposition of sanctions on any individual, entity or state that provides support for Hamas, Palestinian Islamic Jihad and other Palestinian terrorist groups.

“As these terrorist groups continue to show zero regard for the loss of innocent lives and threaten our ally, Israel, I’m proud to reintroduce this bill which seeks to impose sanctions against foreign nationals and governments who are actively providing material support to these groups,” Rubio said in a news release. “We must hold accountable the individuals who are aiding the terrorist activities of Hamas and Palestinian Islamic Jihad.”

Besides imposing sanctions, the bill would also require the president to submit an assessment to Congress of whether foreign nations were doing enough to counter the fundraising, financing and money-laundering activities of Palestinian terrorist organizations.

Rubio previously introduced the bill in 2019—the same one introduced on March 21, 2019, by Rep. Brian Mast (R-Fla.) in the U.S. House of Representatives that received bipartisan support from 44 co-sponsors.

Mast’s bill passed the House on July 23, 2019, and reached the Senate, but saw no action after it was referred to the Senate Foreign Relations Committee.

Mast reintroduced his bill, H.R. 261, on Jan. 11, and it was referred to the House Foreign Affairs and Financial Services committees. This time, it received support from 47 co-sponsors from both parties.

“Last year, we saw peace breaking out between Israel and its Arab neighbors because of strong policies that focused on strengthening diplomatic ties and sanctions on terrorist groups. Israel is our closest and most vital friend in the Middle East,” said Lankford. “The United States unequivocally stands with them against terrorist groups like Hamas, which recklessly sow terror and chaos in the Middle East and threaten the sovereignty of free people everywhere.”