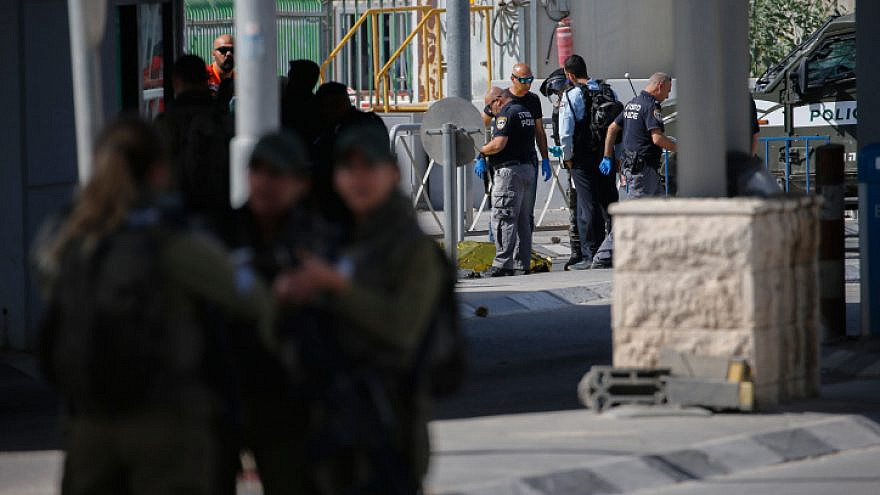 Israeli security forces at the scene of an attempted stabbing attack at the Qalandiya checkpoint near Ramallah on June 12, 2021. Photo by Jamal Awad/Flash90.
Spread the word.
Help JNS grow!
Share now:

(June 13, 2021 / JNS) An Israeli security guard on Saturday shot and killed a female Palestinian after she drew a knife and charged security forces at the Qalandia checkpoint in Judea and Samaria.

The civilian guard called on the woman to halt several times, but she continued to advance, shouting several times, according to police. The guard then fired several rounds at the suspect, neutralizing her. She was pronounced dead by medics at the scene.

A police demolitions expert checked her body for explosives.

Kaabneh was imprisoned in Israel between 2016 and 2018 for another stabbing attack, and identified with Hamas, according to Kan News.

On Saturday evening, IDF forces foiled a gun smuggling operation in the northern Jordan Valley, arresting two suspects and seizing nine pistols, a Kalashnikov rifle and an M-16, according to the Israeli military. 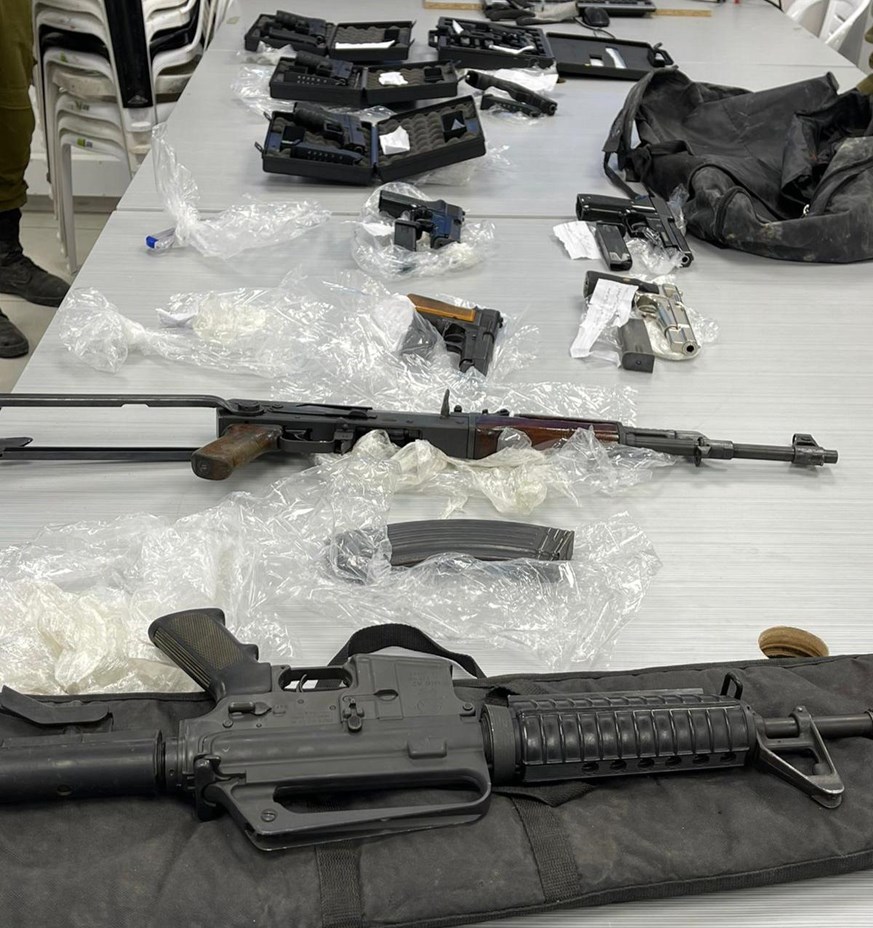 Also on Saturday evening, undercover Border Police officers arrested two suspects on suspicion of attacking the occupants of a vehicle in Jerusalem’s A-Tur neighborhood, Israel’s Kol Hai radio reported. The suspects attempted to attack the officers, who fired warning shots into the air, according to the report.

The officers were in the area as part of an extensive and ongoing effort by Jerusalem District Police to arrest suspects in connection with last month’s violent riots in mixed cities throughout the country.

A third suspect was arrested shortly afterwards, according to Kol Hai. The three suspects, two of whom are residents of A-Tur and one of whom is a resident of Abu Ghosh, are all in their 20s, according to the report.

Earlier on Saturday, hundreds of Palestinians rioted near the Eviatar outpost in Samaria, setting off fireworks, burning tires and stoning IDF forces called to the scene to disperse the crowds. Channel 12 cited Palestinian sources as saying a 15-year-old boy was killed and nine other Palestinians wounded by rubber bullets during the riots. The casualties were evacuated by the Red Crescent to a field hospital in the nearby village of Beita, according to the report. Several suspects were arrested on suspicion of assaulting police.