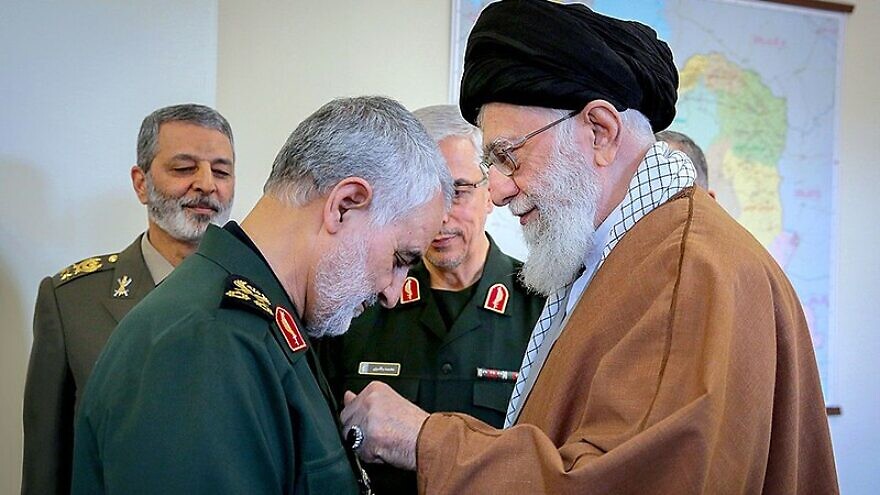 The late Quds Force commander, who was killed in a vehicle leaving Baghdad Airport, was close to Supreme Leader Ayatollah Khamenei and played a strategic role in Iran’s entrenchment efforts throughout the Middle East. Abu Mahdi al-Muhandis, an Iraqi paramilitary commander backed by Tehran, was also killed in the 2020 strike in Baghdad.

Soleimani has been replaced by his deputy, Brig. Gen. Esmail Qaani, who has attempted to continue to implement his strategy of arming Tehran-backed terror proxies and using them to spread Iranian influence.

“We will continue the path of Soleimani. We will remove the U.S. from the region in several steps. The supreme leader backs this. God has promised to revenge Soleimani’s assassination. There will be definitely some actions,” Qaani said, according to a report by i24.

The IRGC has vowed that it will continue to seek vengeance for the death of the Revolutionary Guard general.

“Martyr Soleimani was an exemplary figure in the face of the enemies because of his revolutionary acts and deep belief in the almighty God. His thoughts and deeds opened a path, which is called ‘Martyr Soleimani’s School of Thought,’ to stand against the global arrogance and the Zionist regime,” the IRGC said in a statement on Monday, according to the Revolutionary Guard-managed Fars News Agency.