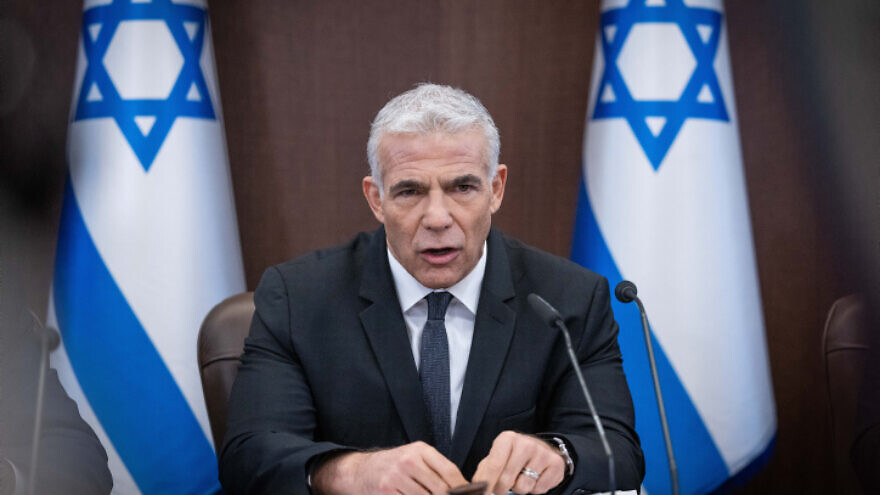 (September 8, 2022 / Israel Hayom) Israel on Wednesday rebuffed U.S. pressure to review its military rules of engagement following the killing in May of an Al Jazeera journalist in Jenin.

“We are deeply committed to freedom of the press, and [have] some of the most stringent rules of engagement in the world—but to be clear, I will not allow an IDF soldier that was protecting himself from terrorist fire to be prosecuted just to receive applause from abroad,” said Israeli Prime Minister Yair Lapid.

Palestinian-American Shireen Abu Akeh was killed on May 11 during a firefight between Israeli forces and Palestinian terrorists. On Monday, the IDF released the findings of its investigation into the tragedy, stating that there was a “high possibility” Abu Akleh had been unintentionally hit by Israeli fire.

Abu Akleh’s death, said Lapid, “was a tragedy that transpired in an incident in which there was heavy enemy fire. The IDF never intentionally shoots at innocent people.”

Israeli Defense Minister Benny Gantz said that there never had been and never would be political involvement in determining the military’s rules of engagement.

“IDF soldiers have our full backing to carry out their mission,” he said, stressing that “the chief of staff, and he alone, determines and will continue to determine the open-fire policies, in accordance with the operational need and the values ​​of the IDF, including the purity of arms.”

Alternate Prime Minister Naftali Bennett, too, rejected the claims, saying that “at any given time, there are Palestinian terrorists trying to murder Israelis. Not the other way around. We do not take pulling the trigger lightly, but the moral directive is to hit terrorists and save human lives.”

“We’re going to continue to press our Israeli partners to closely review its policies and practices on rules of engagement and consider additional steps to mitigate the risk of civilian harm, protect journalists and prevent similar tragedies in the future. That is a key goal for us,” he said at a regular briefing.