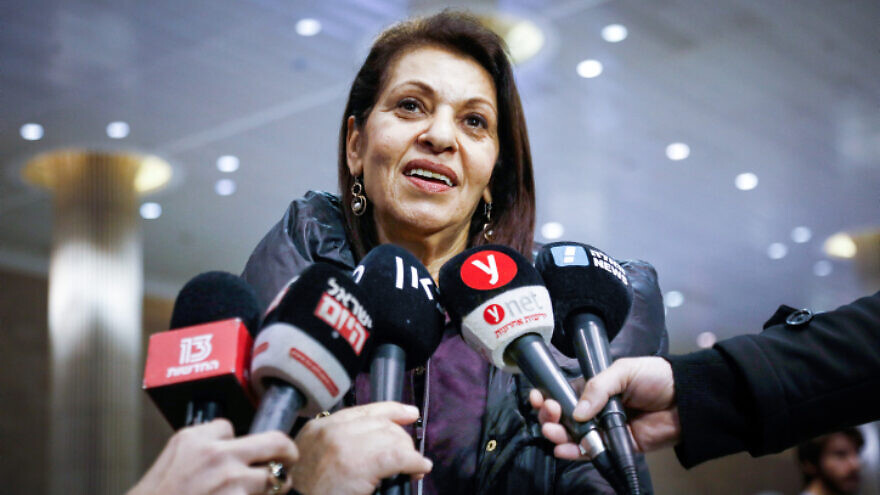 (January 20, 2020 / JNS) The mother of an Israeli-American woman currently serving a seven-and-a-half-year prison sentence in Russia on drug charges expressed hope on Sunday that Russian President Vladimir Putin will grant her daughter a pardon.

“I came because this is the moment of truth,” Yaffa Issachar, the mother of Naama Issachar, 27, told reporters at Ben-Gurion International Airport near Tel Aviv, after arriving back in Israel from Russia ahead of Putin’ scheduled visit this week to Jerusalem.

“We’ll know this week when Naama will be released. I want to go see [Israeli] Prime Minister Benjamin Netanyahu and show him my support. I believe that Putin will pardon her,” she said.

Naama was arrested in April during a layover in Moscow on the way back to Israel, after 9.5 grams of marijuana was found in her checked luggage. Though she denied having any intention of leaving the airport, she was convicted of drug smuggling and sentenced to seven-and-a-half years in prison.

Putin is scheduled to arrive in Israel on Thursday to take part in the Fifth World Holocaust Forum at the Yad Vashem Holocaust memorial museum along with dignitaries and heads of state from around the world.

Ahead of his arrival, rumors have swirled in the Russian and Israeli press that the Russian president is considering pardoning Issachar.

At the airport on Sunday, Yaffa Issachar urged the supporters who had arrived to welcome her not to protest or cause an incident during Putin’s visit.

“I appreciate everything you have done to bring Naama’s plight to the public sphere,” she said, “but now is the time to let negotiations play out.”

Following a conversation with Putin last week, Netanyahu on Sunday alluded to the possibility of a pardon, stating at his weekly Cabinet meeting, “I hope that on the occasion of the visit, we will also hear good news soon.”

According to Israel’s Ma’ariv newspaper, Russian Deputy Foreign Minister Mikhail Bogdanov is scheduled to meet with Israeli Social Equality Minister Gila Gamliel on Tuesday to discuss the possibility of a pardon for Naama.