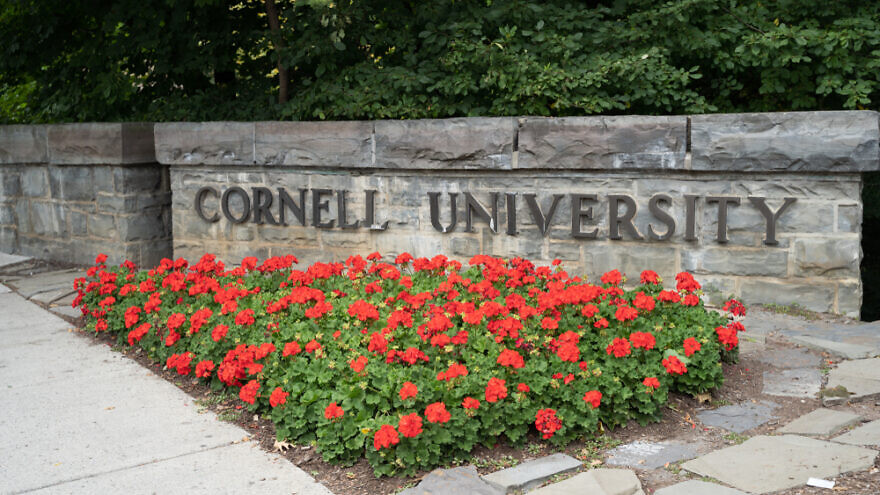 (April 14, 2022 / JNS) Canary Mission released a new report that documents and exposes Students for Justice in Palestine at Cornell University (SJP Cornell) and its efforts to “create an environment hostile for Jews on campus.”

The 25-page report highlighted the activities of the group and its supporters, including students, graduates and professors, from 2014 to 2022. It provided examples of how SJP Cornell “intimidates supporters of Israel and has even waged a misinformation campaign to dismiss the rise in anti-Semitism,” according to Canary Mission.

It also documented the group’s “hostility and gaslighting,” and its strategy to place their activists on the student government to use their positions to demonize Israel and pass resolutions in support of the BDS movement.

The report additionally revealed that Cornell SJP has “a history of aggressive anti-Israel protests and disruptions on campus.”

During Israel’s 11-day conflict last May with Hamas in the Gaza Strip, SJP Cornell targeted Jewish supporters of Israel on campus and hosted a series of protests supporting Palestinian terrorism. The student group pushed anti-Israel statements in the Student Assembly and blamed Israel for the conflict. They accused Israel of “apartheid” and “provocations against Palestine—from the occupation of Sheikh Jarrah to the assault on Al-Aqsa mosque and the bombings of the Gaza Strip.”

Cornell’s Hillel reported at the time that Jewish students felt increasingly “unsafe” at the school due to a series of anti-Semitic acts on campus.

SJP Cornell hosted an event on March 25 with Palestinian activist Mohammad El-Kurd, who has a history of spreading anti-Semitism and anti-Semitic conspiracy theories; demonizing Israel; and expressing support for terrorists and the second Intifada.