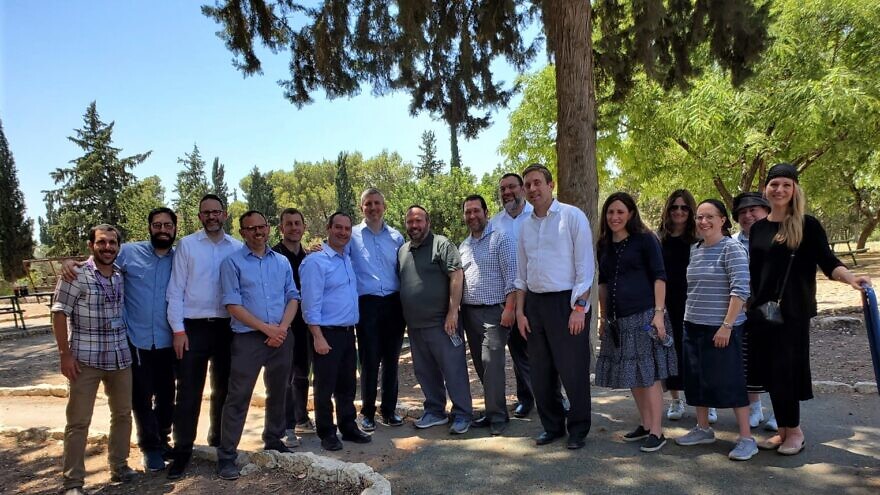 (July 20, 2021 / JNS) Delegates from the Religious Zionists of America (RZA)-Mizrachi rabbinic and communal leadership mission returned home with renewed energy to advocate for the Jewish state and call on their local communities and politicians to act on behalf of their brethren in Israel.

The one-week trip, which brought them to areas hard-hit by the recent conflict with Hamas in Gaza and violence in mixed Jewish-Arab cities, also included high-level meetings with members of Israel’s new government. They also met with Israel’s Ashkenazi Chief Rabbi David Lau, as well as other leading rabbis in Israel.

The group was made up of the next generation of Jewish leaders, including many who were recently installed in roles in synagogues and day schools.

Goldin, then 23, was presumed killed during the 2014 summer war in Gaza. His body has since been held by Hamas, along with the body of fellow comrade Staff Sgt. Oron Shaul. Despite seven years of covert negotiations and overt political pressure, Hamas continues to refuse the Goldin and Shaul families’ basic human rights of allowing them closure and the religious burial of their children.

Before the pandemic, Leah Goldin spent months each year advocating on behalf of her son in the halls of parliaments across the globe, in the United Nations, as well as in in-person meetings with members of the U.S. government and influential Jews worldwide. Due to the coronavirus pandemic, those meetings had to stop. 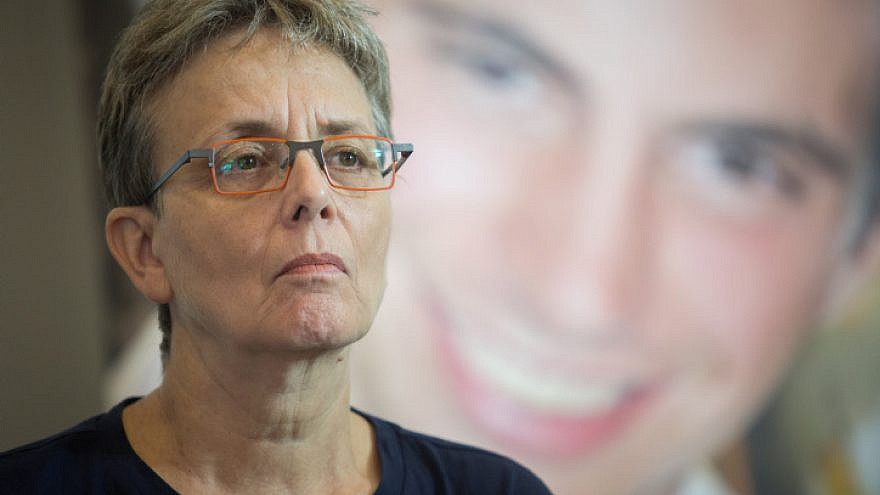 Leah Goldin, the mother of late Israeli soldier Hadar Goldin, whose remains are being held by the Hamas terrorist organization in the Gaza Strip, attends a press conference on Aug. 5, 2018. Photo by Hadas Parush/Flash90.

Mission participants promised to assume the responsibility to bring Goldin’s story back into their synagogues and classrooms, as well as call on local political leaders and advocacy organizations to pressure Hamas to return the bodies for proper burial.

After seeing the destruction caused by rioting in Lod, the group also announced the creation of the Israel Community Fund in partnership with Mizrachi Worldwide, the National Council of Young Israel and other U.S.-based synagogues and communal institutions.

“Throughout our trip, we saw how painful the last 18 months has been on both ourselves and our brethren in Israel,” said Religious Zionists of America executive vice president Rabbi Ari Rockoff. “Meeting with families traumatized by the recent violence and with the Goldins left us with the motivation to do everything we can for our brothers and sisters in Israel. Our sages tell us, Kol Yisrael Areivim Zeh LaZeh [“All of Israel Are Responsible for One Another”], and after seeing with our own eyes the needs of our brethren, we are ready to come home and act.” 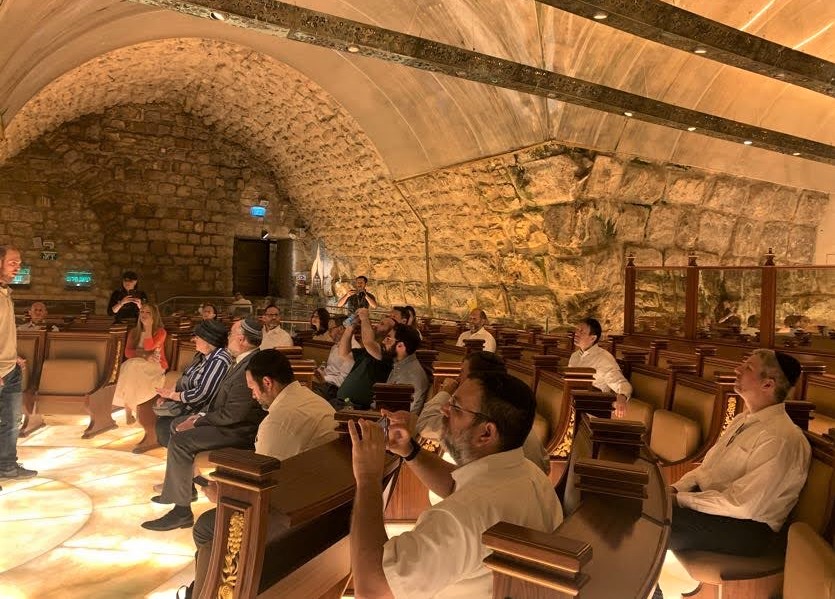 The delegation touring the Western Wall tunnels in Jerusalem. Credit: Courtesy.
Republish this article in your newspaper or website