(July 21, 2022 / JNS) It turns out that there are some stunts in the era of clickbait journalism that really do go too far. When news reporter Gil Tamary of Israeli TV Channel 13 snuck into the city of Mecca earlier this month, he may have taught fellow Israelis a lesson about how difficult it may be to make the final steps from the current tacit alliance with the Saudis to full normalization.

Tamary was apparently part of the Israeli delegation that went to Saudi Arabia when President Joe Biden flew there after his visit to Israel. Much was made in Jerusalem about the historic nature of the direct flight and the Saudis’ willingness to make a few other concessions that further solidified its now strong ties with the Jewish state. Still, this aspect of an otherwise largely unproductive summit was enough to embolden at least one of the Israelis there to flout the country’s customs.

Tamary’s grasp of how far the Saudi state and the Muslim world are willing to go towards normalization is as tenuous as his understanding of what is considered acceptable in what remains, despite Crown Prince Mohammed bin Salman’s efforts to liberalize the country’s government, a still rigid theocratic society. Using a local guide, he drove into the city that contains Islam’s holiest shrine, past signs clearly stating that it is forbidden for non-Muslims to enter. But he soon beat a hasty retreat when it appeared that he might be caught by the local authorities.

Rather than keeping this foolish stunt quiet, Tamary and his superiors at Channel 13 thought they had a scoop that was worth broadcasting. But when it aired this past Monday, the storm of criticism from Muslims it raised was enough to generate condemnations from many Israelis as well. While the pushback isn’t at the level of the insane violence that broke out after a Danish newspaper published cartoons of the Prophet Mohammed in 2005, it is still a worrisome and completely unnecessary distraction from the efforts to break down the barriers between Israel and the Muslim world. 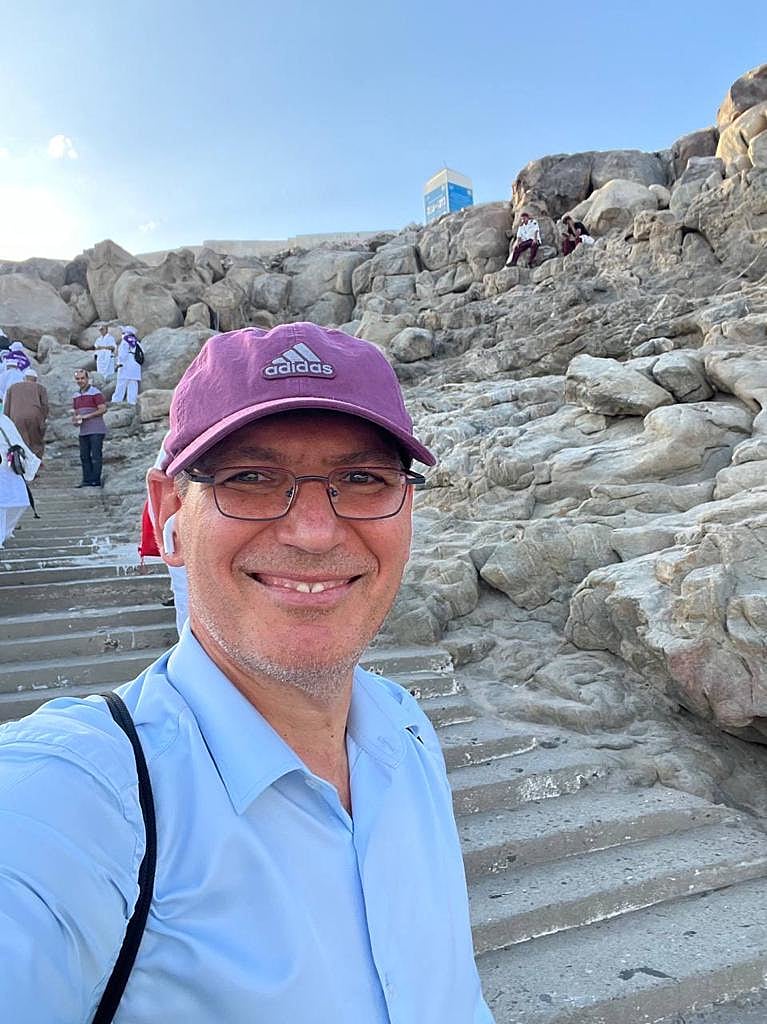 Tamary isn’t the first person to violate the rules about non-Muslims in Mecca. In 1853, the British scholar, soldier, diplomat and explorer Sir Richard Burton (no relation to the 20th-century actor) snuck into Mecca and actually attempted a hajj, a Muslim pilgrimage to the city. But he did so after a laborious study of Islam and preparations (including undergoing a circumcision) during his years among Muslims in India. By comparison, Tamary’s excursion was a mere joy ride and completely lacked respect not just for the rules, but for the customs and sensibilities of Muslims.

In doing so, he did more than expose himself and fellow Israelis to criticism for insensitivity to the Saudis and Muslims around the world. The timing is especially bad because it comes at a moment when hopes are again rising that the Saudis will finally join other Muslim countries that have normalized relations with Israel.

Those expectations may be unrealistic in that the Saudis like the current situation in which it can enjoy military and even economic ties with Israel under the table without having to take flak from other Muslims for formally recognizing the Jewish state. Moreover, the Saudi regime’s legitimacy stems almost entirely from its stance as the bulwark of the Wahabi sect of Islam and its role as guardian of the Muslim holy places. Crown Prince MBS may be willing to change his country in many ways but open diplomatic relations with Israel may be asking too much. Anything that smacks of watering down respect for the shrines in Mecca and Medina—the prospect of which is easily linked to Tamary’s act of sacrilege by Islamist critics in Iran and elsewhere—constitutes a threat to the Saudi regime.

Seen in that light, what may have been intended only as a journalistic stunt by a deeply foolish person could have geostrategic implications that will impact not only the prospects for normalization but the effort to forge a regional alliance against Tehran.

There’s another takeaway from this fiasco that also deserves some attention.

As even some Israeli outlets pointed out, many in the Muslim world will draw an analogy between Tamar’s thoughtless act and the willingness of Jews to visit and even pray on the Temple Mount. Some, like Haaretz, even compared it to Ariel Sharon’s walk on the mount that has been mythologized by apologists for Palestinian leader Yasser Arafat as having set off the Second Intifada. The fact that Arafat had planned that terrorist war of attrition as a response to Israeli peace offers has not diminished the willingness of some in the press and on the left to prop up the big lie that Palestinian terrorism is a response to Jewish insensitivity and/or plots to remove the mosques on the mount.

While Muslims have every right to expect Israelis and anyone else to respect their customs and religious sensibilities with respect to Mecca, the notion that the same rules ought to apply in Jerusalem are not so much inappropriate as they are outrageous.

Israel has no plans or intentions to interfere with, let alone destroy or desecrate, the mosques that exist on the Temple Mount. That said, any prohibition on Jews on the sacred plateau is an insult to Judaism, not respect for Islam.

The Temple Mount is the most sacred spot in Judaism. The Western Wall, which has been the focus of Jewish worship for two millennia, is revered because it is the last remnant of the Jewish Temple that stood there. The mount was where the Temple stood and where sacred Jewish services were carried out as described in the Bible.

Following the customs of conquerors throughout history, the Roman, Christian, and ultimately, Muslim occupiers of Jerusalem used the spot to demonstrate their superior status over Jews by turning the site of the Holy Temple into shrines to pagan gods, Christianity and then Islam.

To this day, Palestinian leaders continue to promote the lie that the Temple Mount has no connection to Judaism and is a solely Muslim holy place. Since the liberation and unification of Jerusalem in 1967, Israeli authorities have humored Muslim sensibilities by allowing the mount to remain off-limits to Jewish worship with the right of Jews to visit also being restricted. That makes it the only place in Israel where officially sanctioned religious discrimination is allowed to exist.

Yes, it is correct to condemn Tamary’s act of sacrilege. But the same sense of outrage about disrespect for the sensibilities of people of faith that is generally expressed about Mecca ought not to be extended to Muslim demands about keeping Jews off the Temple Mount or preventing them from praying there. On the contrary, it is the Islamic insistence on maintaining its conquest of another faith’s holy site—and the contempt for both Judaism and Jewish rights that this practice embodies—that is deserving of wide condemnation.

Indeed, if Muslims expect others to respect their rules about Mecca—and they have every right to do so—then they should be willing to grant Jews the same consideration. That they don’t is a sign of their continuing unwillingness to treat other faiths as having legitimacy, as well as a continuing belief that all of the region is inherently Muslim and that non-Muslims there are dhimmi, second-class persons.

That the world continues to tolerate this double standard is partly the result of a desire to appease Islam and Muslim terrorists, as well as an unwillingness on the part of the West to demand that their institutions and culture be treated with the same deference as those of Islam.

Jews and other non-Muslims should stay out of Mecca. But the idea that Jews should be similarly excluded from the most sacred spot in Judaism is not a function of respect for Islam so much as it is legitimizing disrespect for Jews and anti-Semitism.