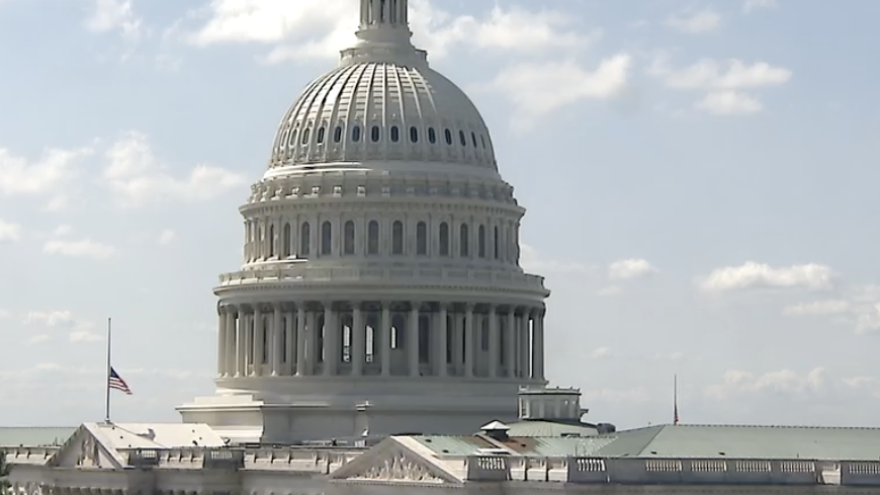 (September 9, 2022 / JNS) Agudath Israel of America is calling on the U.S. Senate to reject a bill that would uphold the validity of same-sex marriage nationally.

The proposed law would uphold the U.S. Supreme Court’s 5-4 ruling in Obergefell v. Hodges, which said that denying same-sex couples the right to marry is unconstitutional.

“Having thrown into turmoil the historical and moral underpinnings regarding traditional marriage, our nation is, indeed, in the midst of a dangerous social revolution on many fronts,” said Agudath Israel in a statement. “Religious liberty and freedom of expression remain uncertain, and faith-based communities and institutions that adhere to bedrock notions of marriage and gender are vilified and live under a cloud of disdain and retribution.

“And controversy continues to swirl around how same-sex marriage affects family stability and child development, leaving many troubling questions unanswered. In light of these ongoing risks, our nation should not take the unfortunate step of enshrining Obergefell and its regrettable consequences further into law,” the organization said in its statement.

Agudah, as it is more commonly known, also expressed concern that the passage of the RFMA may result in religious nonprofits being denied tax-exempt status for only recognizing marriage between a man and a woman.

It noted that U.S. law “is informed by many sources,” including Jewish law and values that reject same-sex marriage. However, the group denied that their motion is meant to harm those who disagree with their values.

“This does not deny anyone’s humanity or dignity,” the group stated. “This is based neither in bigotry nor invidious discrimination. This is what our Torah teaches and what Jews have faithfully adhered to for millennia,” the Agudah said in its statement. “To aggressively and gratuitously cement the deeply sensitive and highly contentious Obergefell decision and more into statute flies in the face of the respect and consideration demanded by the court’s words. We urge you to reject RFMA.”