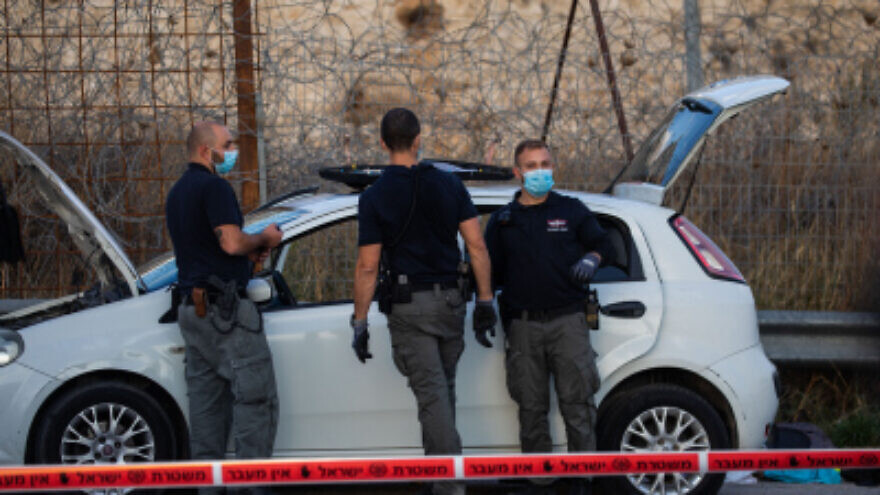 Israeli police officers and a bomb squad unit at the scene of an attempted ramming attack at a checkpoint near Ma'aleh Adumim, Nov. 25, 2020. Photo by Yonatan Sindel/Flash90.
Spread the word.
Help JNS grow!
Share now:

(November 26, 2020 / JNS) Israeli security forces shot and killed a Palestinian man on Wednesday after he attempted to ram them with his vehicle at a checkpoint near Ma’ale Adumim in Judea and Samaria, according to the Israel Police.

The suspect showed false documents at the checkpoint and when asked about them, attempted to run over an Israeli soldier, according to the report.

Security forces opened fire, hitting the suspect and stopping the vehicle. The suspect later died of his wounds at a Jerusalem hospital. One soldier was lightly injured in the attack, according to police.

Police investigators and bomb squad units were called to the scene to inspect the vehicle.