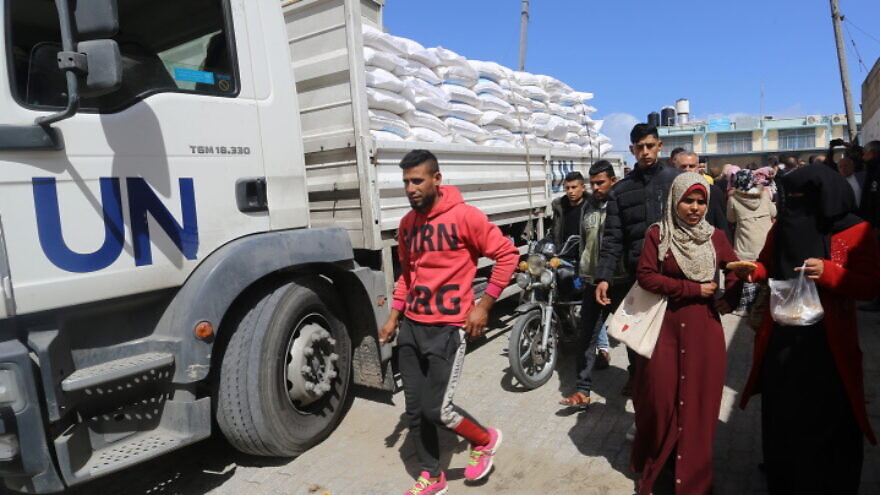 (July 19, 2021 / JNS) The United States transferred $135.8 million to the United Nations Relief and Works Agency for Palestine Refugees (UNRWA) on Saturday, after signing a framework agreement with the refugee agency on July 14.

UNRWA Commissioner-General Philippe Lazzarini said on Saturday, “The signing of the [2021-22] U.S.-UNRWA Framework and additional support demonstrates we once again have an ongoing partner in the United States that understands the need to provide critical assistance to some of the region’s most vulnerable refugees.”

In April, the Biden administration announced the restoration of $235 million in U.S. aid to Palestinians, including $150 million to UNRWA, restoring part of the $360 million in U.S. funding to the agency cut by former President Donald Trump in 2018.

U.S. State Department spokeswoman Heather Nauert was quoted by Reuters at the time as saying that the Trump administration had determined that UNRWA was an “irredeemably flawed operation.”

A letter from the State Department to Lazzarini dated May 19 states that “the Biden administration has stated its intent to resume the full range of assistance to the Palestinians.”