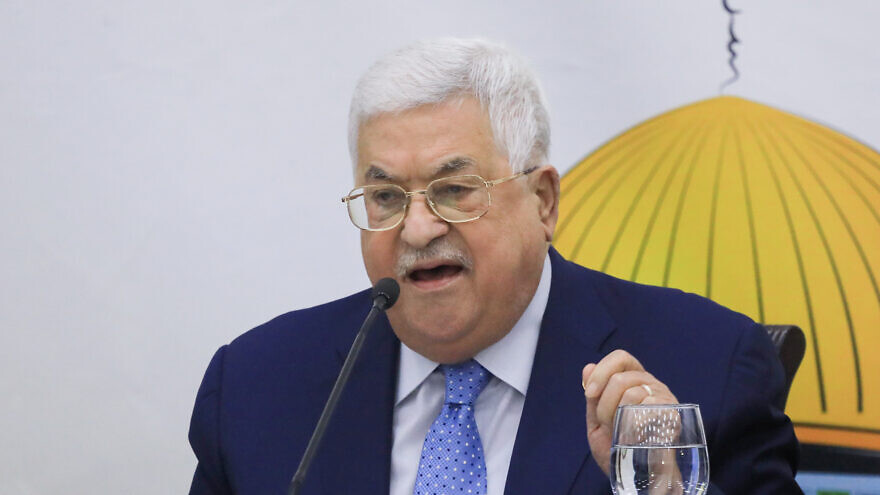 If Israel annexes “even a single centimeter” of land in Judea and Samaria and the Jordan Valley, the Palestinian Authority will consider itself no longer bound by any of the agreements it has signed with Israel or the United States, said P.A. leader Mahmoud Abbas last week.

In an address posted to Palestine TV’s Facebook page, Abbas said that there is no agreement on the source of the coronavirus pandemic and that no serious effort is being made to find a vaccine or treatment for it. He added that in the midst of the COVID-19 crisis, the P.A. has also had to deal with the U.S. administration’s peace plan and the potential Israeli annexation of the Jordan Valley and parts of Judea and Samaria.

“The Israelis still haven’t officially declared the annexation of the Jordan Valley, of the Dead Sea, of the settlements, and of the Cave of the Patriarchs,” said Abbas, adding, “They are now focusing—and I am saying this with the press present—the Israeli government is now focusing on the Cave of the Patriarchs. They want to take a few square meters to do something.”

This, said the P.A. leader, would be considered “the beginning of the annexation.”

The United States, said Abbas, could not claim that it is Israel calling all the shots.

“They cannot say to us: ‘We have nothing to do with this, Israel is making these decisions.’ The ‘deal of the century’ came from America. All of the American officials talked about it multiple times—the secretary of state and others. They said that this deal would be implemented. We will not wait for its implementation. The moment this is declared, we will consider ourselves to no longer be bound by all the agreements we signed and to which we committed ourselves—all of them, with no exception.”