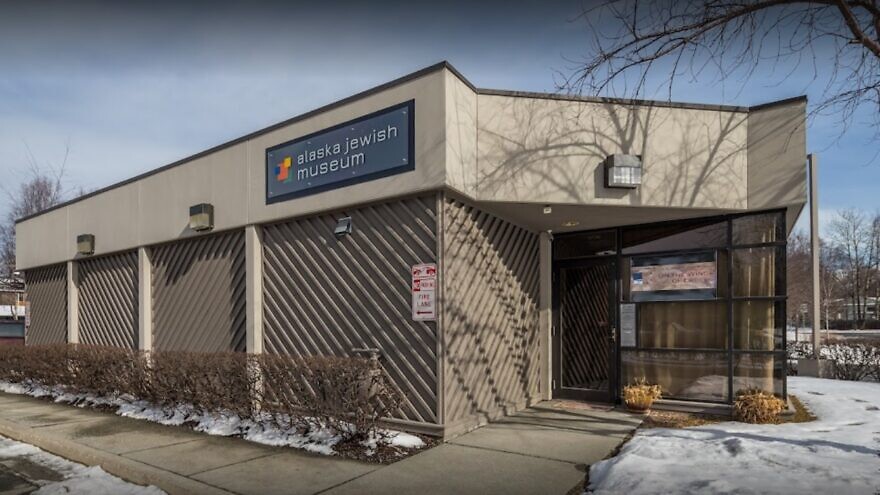 (October 25, 2021 / JNS) A $5,000 reward has been announced to help find the person who pasted stickers with an image of a swastika on them onto the exterior of the Alaska Jewish Museum in Anchorage in May and again in September.

During the latter incident, which occurred right before Rosh Hashanah, the Jewish New Year, the vandal carved a swastika through the sticker damaging a wooden door at the museum. The reward is being offered by the museum, along with StandWithUs and the Mizel Family Foundation.

A flyer announcing the reward includes several surveillance-video images of the suspect.

“I’m hoping that this will give people incentive to come forward if they know who this is,” said Leslie Fried, curator of the Alaska Jewish Museum.

She said both the local police and the FBI are investigating the incident, but that she wanted to be more proactive given the physical damage to the building and the fact that the museum is on the Esformes Campus of Jewish Life in Anchorage, which houses the Lubavitch Jewish Center of Alaska, its preschool and Hebrew school.

Randy Kessler, executive director StandWithUs Northwest, said it is important to take a stand and bring the perpetrator to justice because when anti-Semitic activity is left unchecked, it can “escalate into more serious hateful actions.” Also, he said, “remaining silent in the face of such bigotry only serves to further embolden that bigotry.” 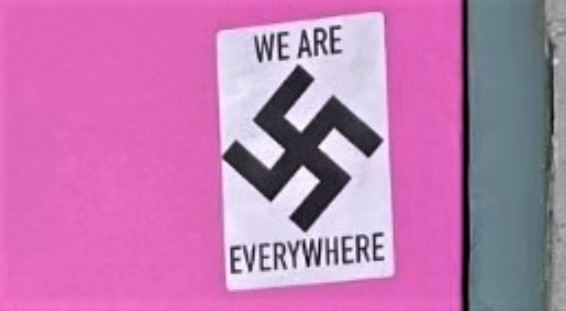 Swastika stickers were found on the Alaska Jewish Museum and “Mad Myrna’s” bar on May 26, 2021. Credit: Anchorage Police Department.

During the incident in May, not only was the Jewish museum vandalized but a gay bar was as well. In September, just the museum was targeted.

In response to questions about the suspect and investigation, a spokesperson for the Anchorage Police Department said, “These are open investigations; we will not comment on suspect information unless/until charges have been filed. That has not yet happened in these cases.”

In addition to the reward, more than 30 museums throughout Alaska have expressed their solidarity with the Jewish museum, issuing a letter of support.

“Museums Alaska, Alaskan museums and museum staff members across the state stand in solidarity with curator Leslie Fried, the Alaska Jewish Museum and the Alaska Jewish Campus—offering support as the museum seeks to address these crimes and ensure the safety of its facilities and community,” the statement read. “This vandalism is an attack on all of us and the inclusive Alaska history our institutions were founded to tell.

“History reveals that malicious acts increase during uncertain times, and they flourish when encouraged or ignored by people in leadership positions,” the letter continued. “We will not ignore this spiteful act, and we will work with the Alaska Jewish Museum to combat bigotry and prejudice in all its forms.”

Fried, who is a member of the Museums Alaska group, was touched by the backup given to her by colleagues.

“It made me feel so deeply, deeply warmed, and comforted and stronger,” she said. “And also more hopeful and unified with people in my profession who were standing up for me and for the Alaska Jewish Museum, and the right to be here.”