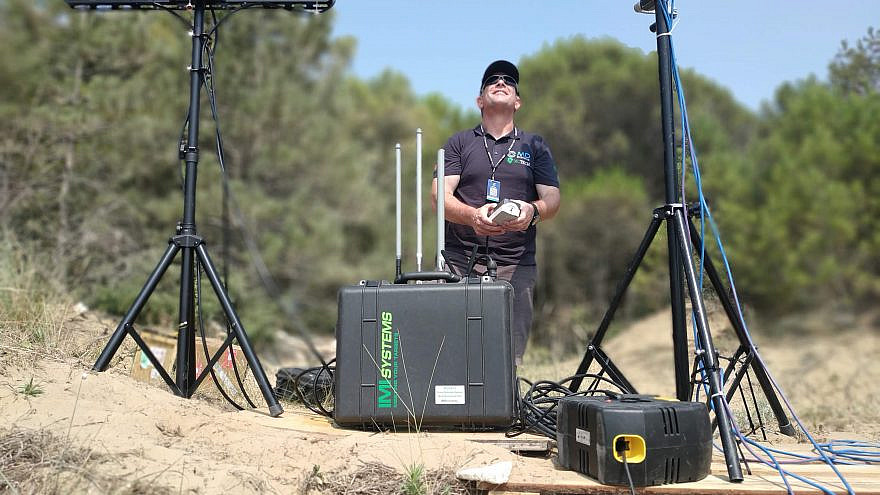 The anti-drone company uses an array of advanced technology to protect against enemy drones that can be used for intelligence-gathering, attacks, smuggling objects and weapons, and other types of air-space intrusion. Credit: MCTECH.
Republish this article
823 WORDS
Spread the word.
Help JNS grow!
Share now:

(January 5, 2021 / JNS) When Ido Bar Oz, the chief marking officer of the MCTECH RF Technologies Israeli anti-drone company, recently visited a prison in a European country, he saw a remarkable sight, but not one that surprised him.

A drone flew through the air, delivering smuggled goods over the prison’s barriers to the inmates.

“These are daily incidents, extremely common in countries like Germany, Holland and the United Kingdom,” he said. “It happens in Israel, too.”

During his visit, he noted that “the drones were delivering smuggled goods like Amazon, drugs, weapons and cell phones. The authorities in the prison could only try to catch the goods. They don’t have the jurisdiction to arrest people outside of the prison, so they call the police and wait.”

Terror organizations and criminals around the world are making increasing use of cheap available drone technology, and this trend will only increase into the century.

MCTECH established itself years ago as a radio frequency (RF) manufacturer that specializes in the design, development and manufacturing of high-end RF jammers, positioning itself early on as an anti-drone solutions provider.

“I have no doubt that in Israel’s area, adversaries will arrive at the next war armed with drones. Terrorist organizations are gaining lots of experience in drone use in places like Nigeria, Kenya and Ethiopia, though the world isn’t taking interest. This is categorically a huge and growing trend—and we haven’t seen anything yet,” said Bar Oz. “Militaries are heading that that direction, too. IT’s clear that the world of systems like ours will only grow.”

‘Mainly known for our anti-drone technology’

MCTECH was founded in 2014 by Chaim Meirovich and Bar Oz. It uses an array of advanced technology to protect against enemy drones that can be used for intelligence-gathering, attacks, smuggling objects and weapons, and other types of air-space intrusion.

Some 90 percent of the company’s customers are governmental, such as military land forces, air forces, counterterrorism units, units specializing in homeland security, close-protection units and prisons. 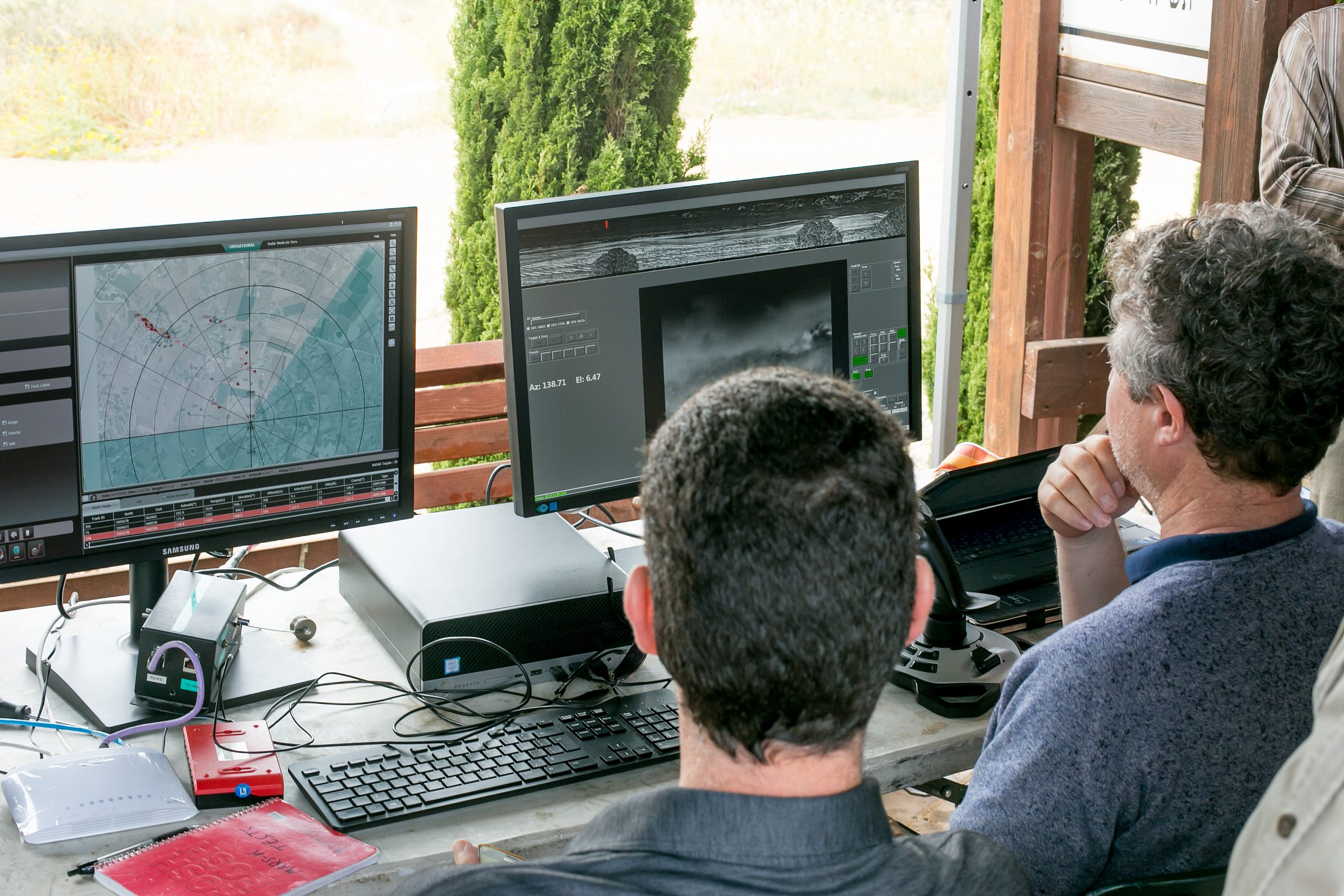 MCTECH established itself years ago as a radio frequency (RF) manufacturer specializing in the design, development and manufacture of high-end RF jammers, positioning itself early on as an anti-drone solutions provider. Credit: MCTECH.

One of the company’s flagship products is the MC-HORIZON D360, which jams a variety of drones and quadcopters, and is well-suited for civilian use.

The system protects facilities and audiences in various high-risk events by detecting the airborne threat from a distance and using disrupting frequencies to jam it.

“We are mainly known for our anti-drone technology. The main reason for that is that we were one of the first companies in the world that created anti-drone system,” explained Bar Oz. “We did this long before the big buzz about drone threats; our systems have been operational since 2014.”

The company’s products have operated in various countries around the world, such as the General Headquarters of the Indonesian National Armed Forces, the President’s Own Guard Regiment in Ghana, Portuguese Special Forces, the Royal Thai Air Force and Navy, prisons in Europe and more.

‘We have a lot of mileage in this area’

MCTECH also provided another system to special units in Eastern Europe and won a major contract for the protection of soldiers in an additional African state. It has also increased its activities in the United Arab Emirates.

“We have a lot of mileage in this area. We understand what the clients want, in addition to providing them with systems,” said Bar Oz. “It’s not about having one product that fits all. 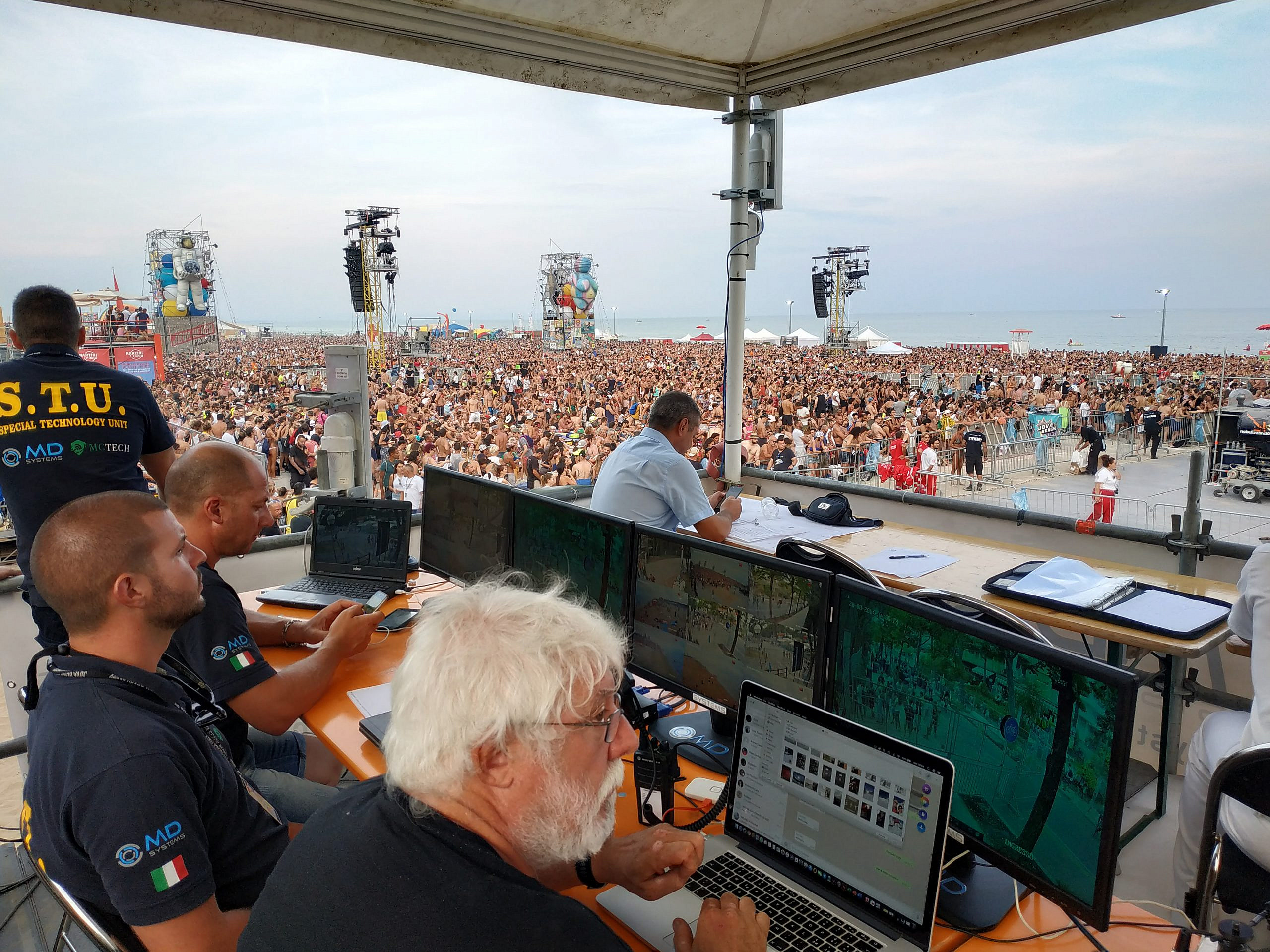 In 2019, the company used it to secure 21 musical performances in Italy by the famous artist Jovanotti as part of the JOVA Beach Party festival events attended by millions of spectators. Credit: MCTECH.

While militaries desire larger systems, that they connect to radars and advanced cameras—that kind of solution wouldn’t fit the need to protect a stadium, he said, where the “only goal is to prevent drones from entering that air space.”

MC-HORIZON D360 is the first system in Europe that has also been approved for civilian use by the Italian Carabinieri, the Italian Communications Authority (AGCOM) and the Italian Navy.

In 2019, the company used it to secure 21 musical performances in Italy by the famous artist Jovanotti as part of the JOVA Beach Party festival events attended by millions of spectators.

During the performances, the company neutralized 16 drones that posed a real threat to the event’s participants.

“We assume that the drones were operated by the paparazzi. The organizers don’t want them to film the show, but the second issue is public safety. Even a drone accidentally crashing could spark panic and lead to deadly crushes,” said Bar Oz.

“We created a roadblock around the protected area against drones. Once our systems detect them, it uses their same frequencies—used by the drones for control and for sending data, as well as for satellite navigation—to jam them. The drone either then goes back to the operator or it lands.”

Larger systems are for militaries, used for functions such as defending convoys or ships. These can detect large threats from a 20-kilometer radius and feed the data to Vulcan cannons to shoot them down.