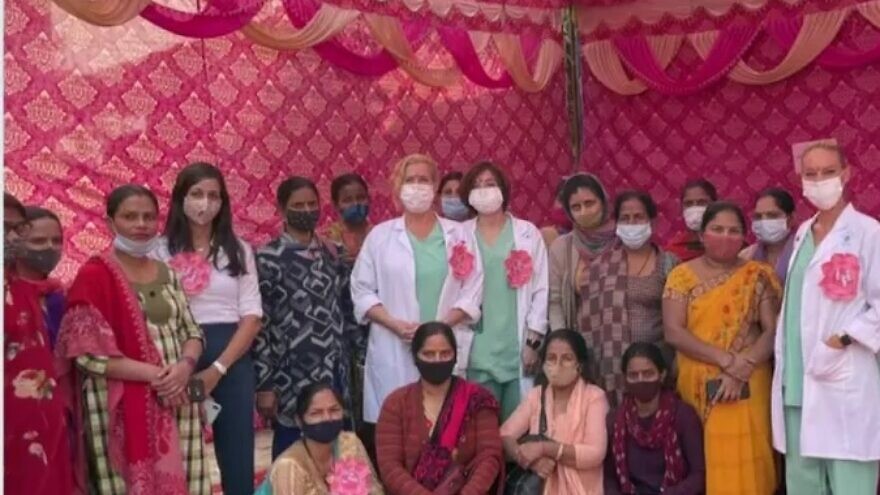 Dr. Ronit Almog, a senior gynecologist at Tel Aviv University’s Sourasky Medical Center, told i24News that in October—Breast Cancer Awareness Month—the Foreign Ministry asked her to assemble a delegation of female doctors that would be sent to India.

The delegation spent eight days in the country, during which they examined approximately 1,000 women and provided services that included pap smears, ultrasounds and breast exams. The doctors were sent to the South Asian country to “increase awareness of women’s health in general, especially for cancer,” according to Almog.

“India is a country where women are afraid to even mention the word cancer. It’s something maybe cultural, of shame, or maybe fear from not getting treatment and to have a stain on them and their family,” she said. “In India, the most common cancer is breast cancer, and the second most common cancer is cervical cancer. If you detect them early, it can really save lives.”

She told i24News that in the presence of the female doctors, many women opened up about their health issues and asked for assistance and advice.

Almog said “it was a great opportunity to encourage Israeli and Indian relations, as well as to help a lot of women who [often] die of something that we can prevent.”