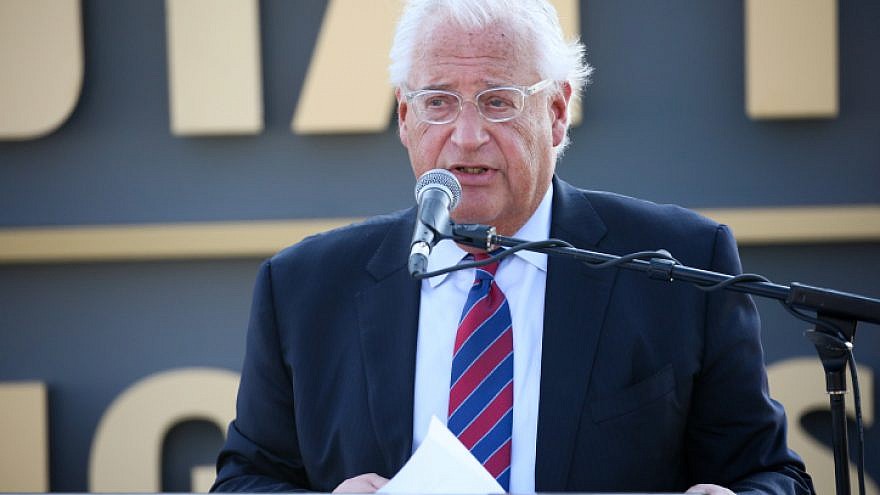 (September 17, 2020 / Israel Hayom) U.S. Ambassador to Israel David Friedman said on Wednesday that recent regional developments, and especially the peace treaties between Israel, Bahrain and the United Arab Emirates, mark the beginning of the end of the Arab-Israeli conflict.

Speaking aboard the Israeli delegation’s return flight from Washington, D.C.,  where Israeli Prime Minister Benjamin Netanyahu and the foreign ministers of the UAE and Bahrain signed the normalization accords on Tuesday, Friedman said that many more countries would soon follow suit and normalize relations with the Jewish state.

“We broke the ice and made peace with two important countries in the region,” he said, noting that more diplomatic breakthroughs are sure to follow. “When the dust settles, within months or a year, the Israeli-Arab conflict will be over.”

“I believe the people in Judea and Samaria want a better life,” he said, adding that the Palestinian people need to understand that it is possible for them to attain such a goal. Their leadership, however, is still clutching to old and irrelevant complaints, he added. “They need to join the 21st century. They are on the wrong side of history at the moment.”

On the matter of Israel’s now-paused sovereignty initiative in the Judea and Samaria, Friedman said, “I think it will happen.”

While the United States believes that the initiative was the right move, he said, “peace is a once-in-a-generation opportunity.”

Friedman said he thinks the sovereignty issue can be revisited in a less controversial manner at a later date after the peace initiative has been advanced and capitalized on fully.

“It’s a temporary suspension,” he said.

He noted that the current administration was the first to stipulate the legality of the settlements according to international law and the only administration to unveil a peace plan that rejects the removal of Jews from their homes in Judea and Samaria.

Asked what he would like to tell the citizens of Israel on the eve of the Jewish new year, Rosh Hashanah, Friedman wished for the pandemic to pass quickly for all of humanity’s sake, and for all “to have a good and sweet year.”