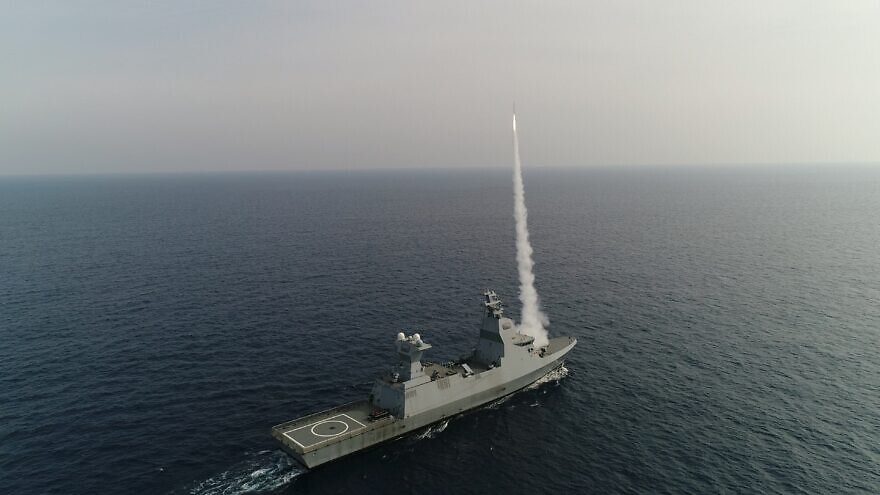 (February 21, 2022 / JNS) Israel has completed a series of live-fire tests of the naval version of its Iron Dome missile-defense system, called “C-Dome,” according to the Israeli Defense Ministry.

“The systems that we are developing as part of Israel’s multi-tier missile defense array enable us to operate against Iranian proxies in the region and defend against their weapon systems, which are constantly being upgraded. We continue to be two steps ahead of them and we will continue developing and upgrading our capabilities in order to maintain security superiority in the region and to defend the citizens and assets of the State of Israel,” he said, according to the statement.

IMDO Director Moshe Patel said, “Today we mark another historic milestone for the Iron Dome defense system—the completion of a series of successful offshore tests of the missile defense system onboard a naval vessel.”

The system had accurately identified rockets, cruise missiles and drones, he said, and intercepted them with “surgical precision.”

“The success of today’s tests further strengthens our confidence in our missile defense systems as well as the ability of the Israeli Navy to defend the maritime assets of the State of Israel,” said Patel.