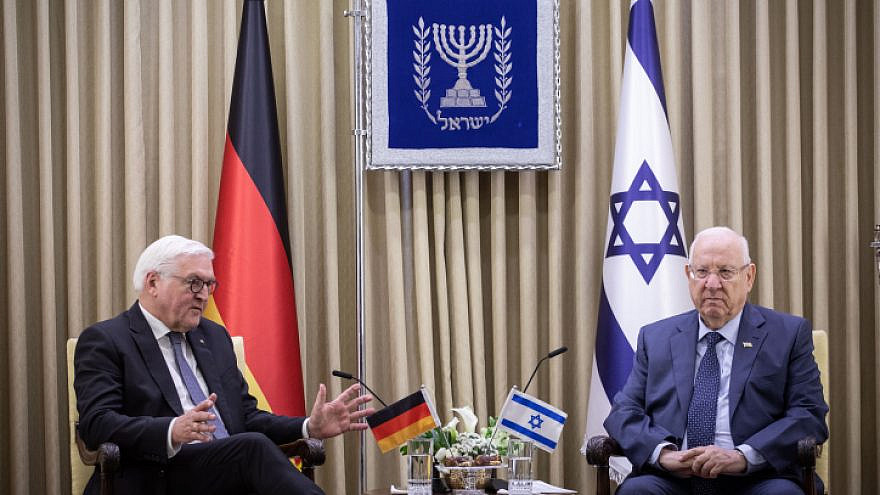 In addition to being the eve of International Holocaust Remembrance Day, the day also marked the 76th anniversary of the liberation of the Auschwitz-Birkenau concentration camp.

“We pay tribute to the survivors. Their testimonies will forever stand as a wall against those who would deny the past. We will work together to ensure that the lessons of the Holocaust and the sacred vow of ‘Never Again’ are passed down to our children, our children’s children and all future generations,” the statement read in part.

The leaders also emphasized that the survivors represent “the triumph of humanity over hate and whose inner strength inspires us all.”

In a tribute initiative, Germany shared with Israel a photographic exhibition from the Willy-Brandt-Haus of portraits of Holocaust survivors around the world. The exhibit is currently on display at the President’s Residence in Jerusalem, and at the German Museum of Holocaust Survivors.

As part of the initiative, called the Lonka Project, more than 250 of the world’s leading photographers from 35 countries donated their talents over the last two years to immortalize Holocaust survivors on film.

The project was named after Dr. Eleonora, or “Lonka,” who was born in Poland in 1926. As a young woman, Eleonora survived five concentration camps—Raghun, Plaszow, Auschwitz-Birkenau, Bergen-Belsen and Terezin. She passed away in Israel in 2018.

Rivlin also commemorated the Holocaust with his counterparts in Europe in 2020. At an event marking 82 years since the Kristallnacht pogrom on Nov. 9-10, 1938, he was joined at the President’s Residence by Steinmeier and Austrian President Alexander Van der Bellen.