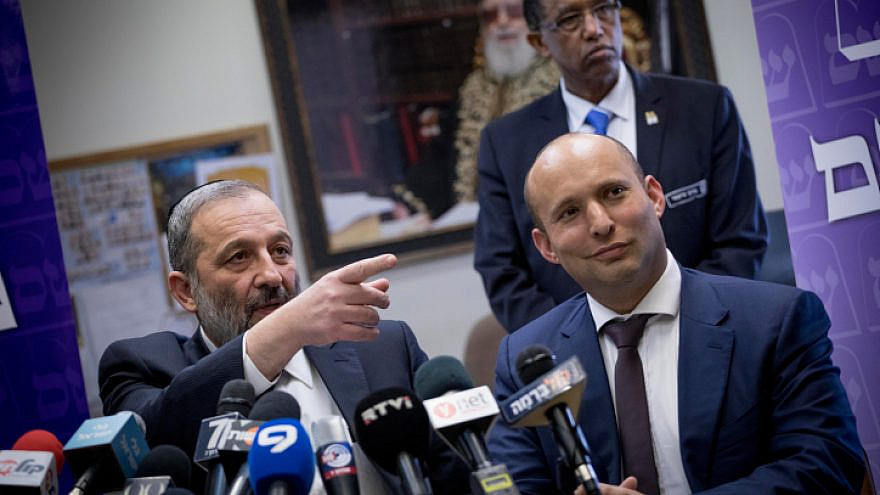 (April 19, 2021 / Israel Hayom) The Shas Party is pushing for a vote to reform Israel’s electoral system to enable a special election for prime minister, Israel’s Channel 12 reported on Sunday. The plan was the result of a meeting between Shas leader Aryeh Deri and Yamina leader Naftali Bennett, according to the report.

The idea behind the initiative is that the special vote would give Israel a way out of the political stalemate that resulted from the March 23 elections—Israel’s fourth general elections in two years.

According to the Channel 12 report, Netanyahu has lent his support to the special election bill.

Netanyahu called on New Hope leader and former Likud lawmaker Gideon Sa’ar to come back to the governing party on Sunday, but so far Sa’ar has only increased his attacks and criticized the prime minister for using the Diplomatic-Security Cabinet to “destroy Israel’s state institutions.”

Lapid hopes to get the presidential nod to form a government if Netanyahu fails to form a coalition by the May 4 deadline (though the president may grant a two-week extension), but has struggled to get the backing of right-wing lawmakers.