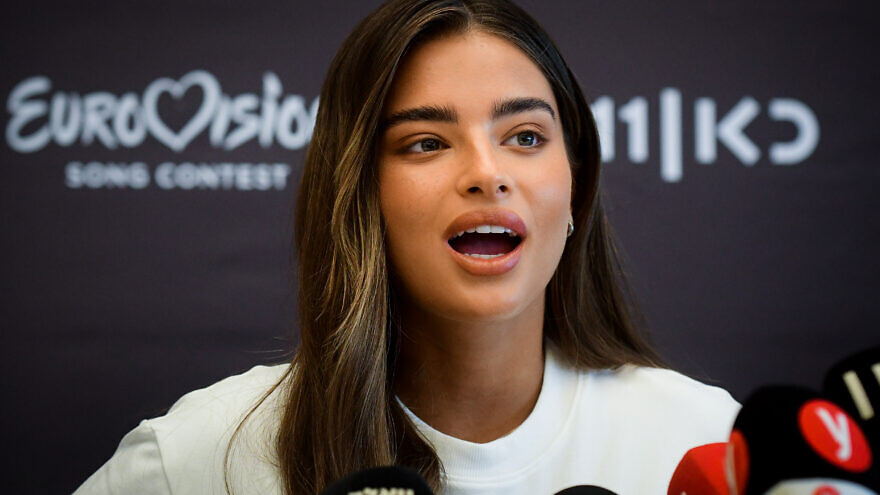 (January 17, 2023 / JNS) Israel’s entry for the 2023 Eurovision Song Contest is called “Unicorn” and will be released in full next month, the Kan public broadcaster announced on Tuesday.

The song will be performed at this year’s contest in Liverpool in May by Noa Kirel.

“With all of Israel behind me, I am embarking on this journey to bring great pride to this country. Thank you for this incredible honor….I am already starting today to work [on my Eurovision performance], and as you know about me, to work hard. Cross your fingers and fasten your seatbelts!” said Kirel in August, when she confirmed she would represent Israel at the event.

In July, she was chosen by a panel, convened by Kan, to represent Israel in the competition. However, she initially expressed hesitation about accepting the offer and said she would need time to consider the opportunity before deciding.

The Eurovision Song Contest is an internationally televised songwriting competition composed of three live shows: the First Semi-Final, the Second Semi-Final, and the Grand Final.

In each show, after all songs have been performed, each country with entrants gives two sets of points (1, 2, 3, 4, 5, 6, 7, 8, 10 and 12) to their favorite songs; one set is given by a jury of five music industry professionals from a given country, and one set is given by viewers watching the show in that country. Viewers vote by telephone, SMS and through the official app.

The five countries in each semi-final with the most points advance to the final, along with last year’s winner (Ukraine) and the “Big Five”: host nation the United Kingdom, France, Germany, Italy and Spain.