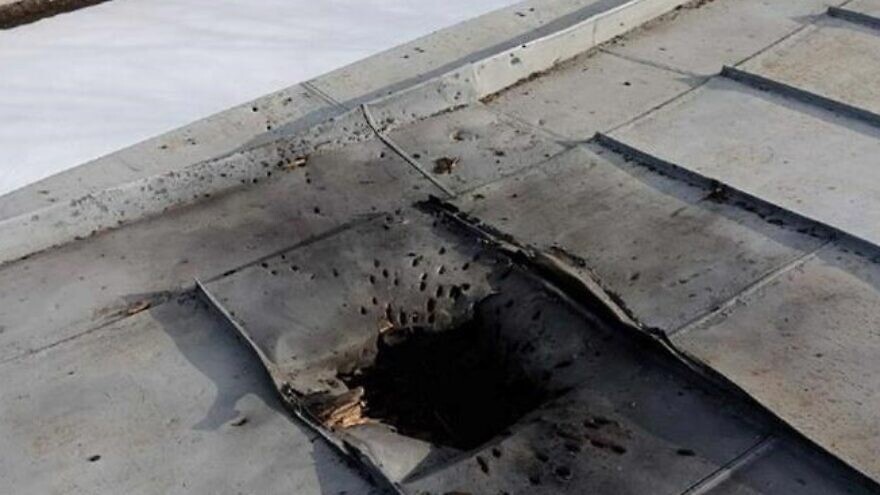 A close-up of the damage to the yeshivah, March 15, 2022. Credit: Chabad.org/News.
Spread the word.
Help JNS grow!
Share now:

(March 16, 2022 / JNS) A boys’ yeshivah in Kharkiv, Ukraine, that also serves as a synagogue was damaged on Tuesday after it was hit directly by rocket fire—the third Jewish communal building to be damaged in the city. Chabad-Lubavitch of Kharkiv’s kindergarten, the Ohr Avner Jewish day school and the main synagogue previously suffered damage from nearby bombings.

The yeshivah is housed in a historic synagogue that had been in use during Communist times. From 1919 to 1936, the congregation was led by Rabbi Aharon Turmarkin, who had been dispatched to the city by the fifth Chabad Rebbe, Rabbi Shalom DovBer Schneersohn.

After being confiscated by Soviet authorities in the 1930s, the building served as the Kharkiv headquarters of the traffic police, known as the GAI.

The synagogue structure was returned to the Jewish community in the late 1990s, and in the post-Communist era has housed the local yeshivah and other communal institutions.

“Despite the attacks on our institutions … we will, in the first opportunity, renovate and restore and expand all our buildings and programs more than ever before,” wrote Rabbi Moshe Moskovitz, chief rabbi and the Chabad emissary to Kharkiv since 1990. 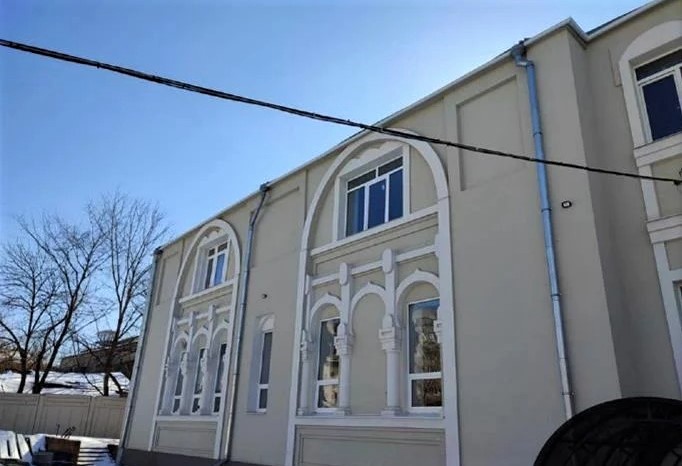 The yeshivah is housed in a historic synagogue that had been in use during Communist times. Credit: Chabad.org/News.

The second-largest city in Ukraine, Kharkiv has been the site of frequent rocket fire and bombardments in the last few weeks. Dozens of civilians have been killed, and hundreds of others have been hurt.

Despite the hardship there, Chabad has been working to help as many people in the city as possible.

“We are continuing to evacuate people daily, in addition to giving shelter and food to those who have moved into the synagogue,” he wrote. “We are also sending daily hot meals and medicine to the elderly and needy trapped in their homes.” 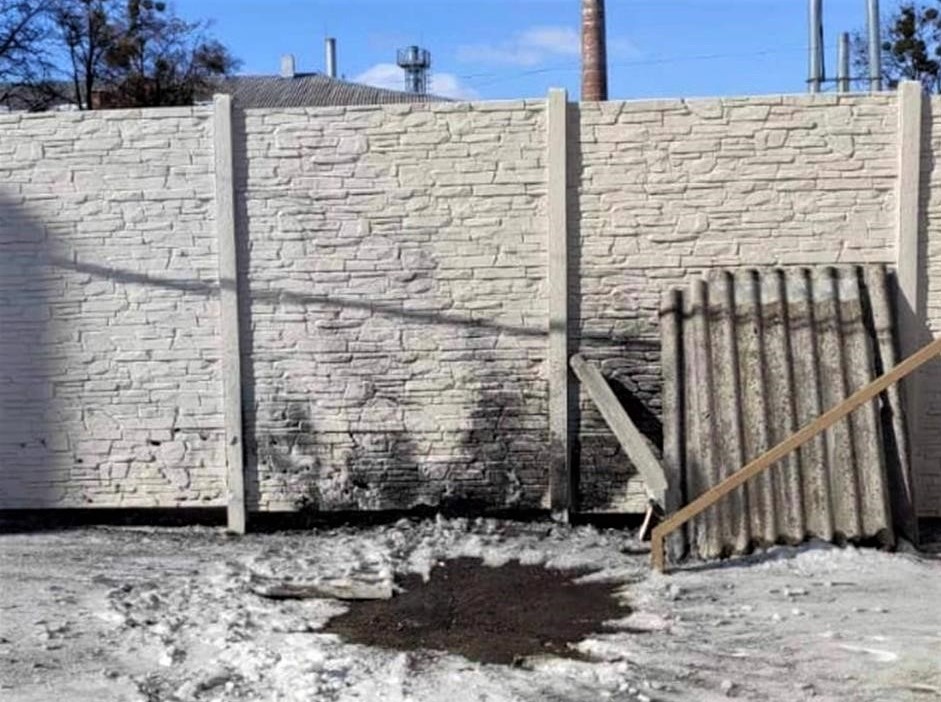 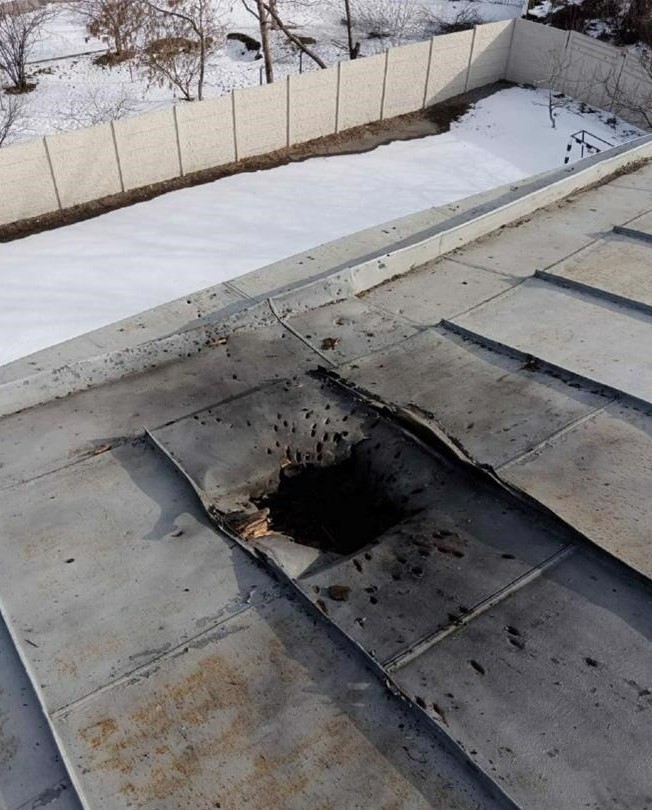 A close-up of the damage to the yeshivah, March 15, 2022. Credit: Chabad.org/News.
Republish this article in your newspaper or website