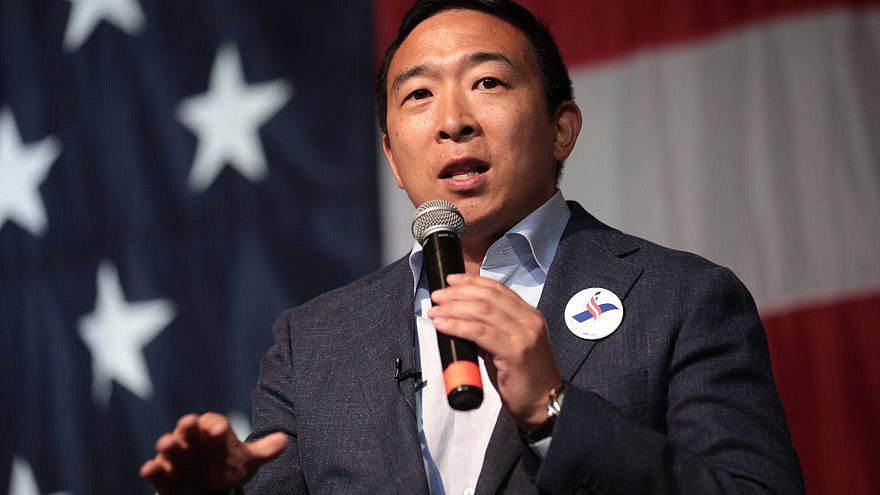 (May 11, 2021 / JNS) New York City mayoral candidate Andrew Yang said he supports Israel defending itself against the barrage of rocket attacks from Hamas in the Gaza Strip.

“I’m standing with the people of Israel who are coming under bombardment attacks and condemn the Hamas terrorists,” Yang, a Democrat, tweeted on Monday. “The people of NYC will always stand with our brothers and sisters in Israel who face down terrorism and persevere.”

Yang’s solidarity with Israel was praised by Republicans such as Sen. Ted Cruz. (R-Texas). The latter wrote on Twitter, “Bravo to Yang for opposing the rabidly pro-Hamas & anti-Israel attacks from fellow Dems Omar & Tlaib,” referring to Reps. Ilhan Omar (D-Minn.) and Rashida Tlaib (D-Mich.), who have both showed support for Palestinians amid the violence of the past few days.

Stephen Miller, who was a senior advisor to former President Donald Trump, tweeted that Yang was “exactly right.” Meghan McCain, co-host of “The View” and daughter of the late Republican Arizona Sen. John McCain, retweeted Yang’s message and added “#YANGGANG.”