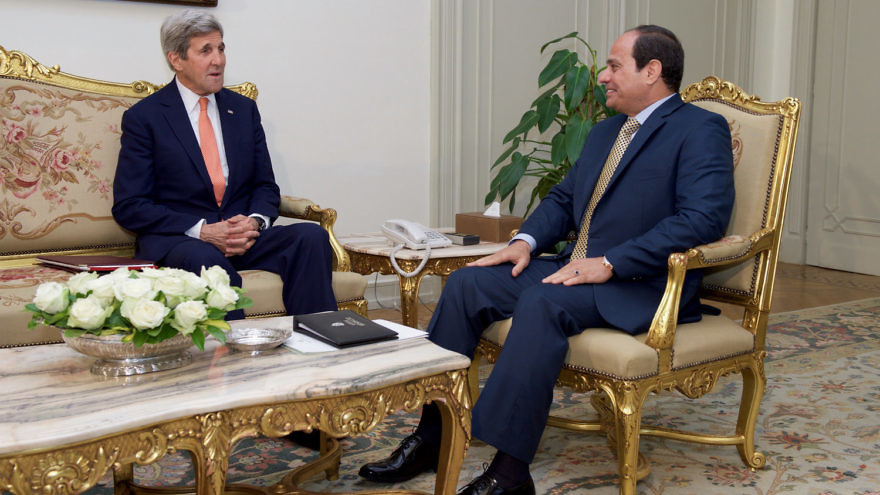 (January 11, 2018 / JNS) Four former senior Obama administration officials have reportedly claimed that Israeli Prime Minister Benjamin Netanyahu offered to implement a two-state solution in which the Jewish communities in Judea and Samaria would be absorbed into Israel in return for the Palestinians receiving land in Egypt’s northern Sinai Peninsula.

According to the officials, Netanyahu informed former President Barack Obama that Egyptian President Abdel Fattah El-Sisi would be happy to implement the deal, Haaretz reported Thursday. Yet one of the officials said that “by the time Netanyahu, [Secretary of State John] Kerry and Sisi met at the secret Aqaba summit [in January 2016], this idea was already off the table. No one talked about it in Aqaba.”

The Israeli Prime Minister’s Office stated that the Haaretz report “is not accurate.”

Last December, President Donald Trump mulled a proposal to create a Palestinian state in the Sinai that would significantly expand the territory of the Hamas-ruled Gaza Strip, the Egyptian newspaper Al-Masry Al-Youm reported at the time.

Reports of a Palestinian state being established in the Sinai have circulated since September 2014. At the time, El-Sisi reportedly offered Palestinian Authority President Mahmoud Abbas a state in the peninsula, but Abbas rejected the proposal.

“If you don’t accept this proposal, your successor will,” El-Sisi purportedly told Abbas in 2014.