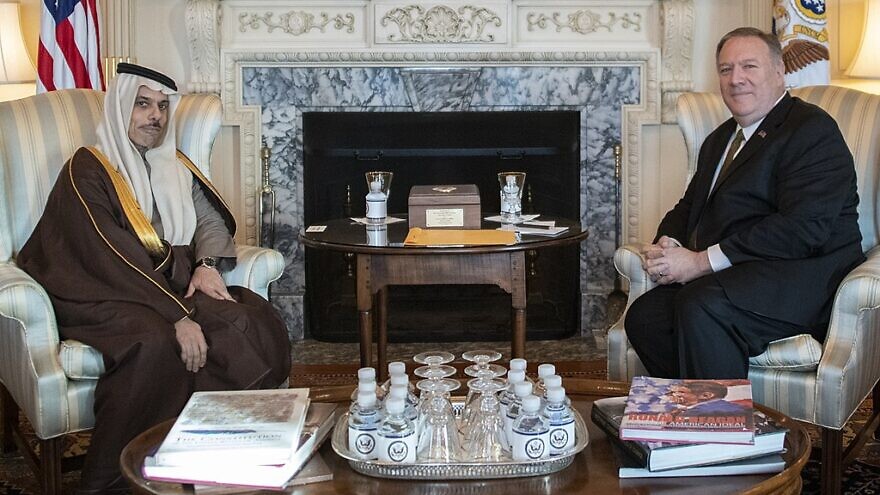 The Arab peace plan, also known as the Saudi Initiative, was proposed by Saudi Arabia as a framework for Israel normalizing relations with the Arab world in exchange for the establishment of an independent Palestinian state.

Speaking to the Saudi national news agency, bin Farhan also said that his country saw Israel’s plans to apply sovereignty in the Jordan Valley and over settlements in Judea and Samaria as an “illegitimate step.”

“The weapons embargo on Iran must continue,” he said.

The United Nations Security Council failed to extend the U.N. arms embargo on Iran last week due to a veto by China and Russia. The embargo is set to expire on Oct. 18. In response, The United States is reportedly planning to activate a mechanism in the 2015 Joint Comprehensive Plan of Action nuclear deal to reimpose so-called snap-back sanctions on the Islamic Republic, despite having withdrawn from the JCPOA in 2018.