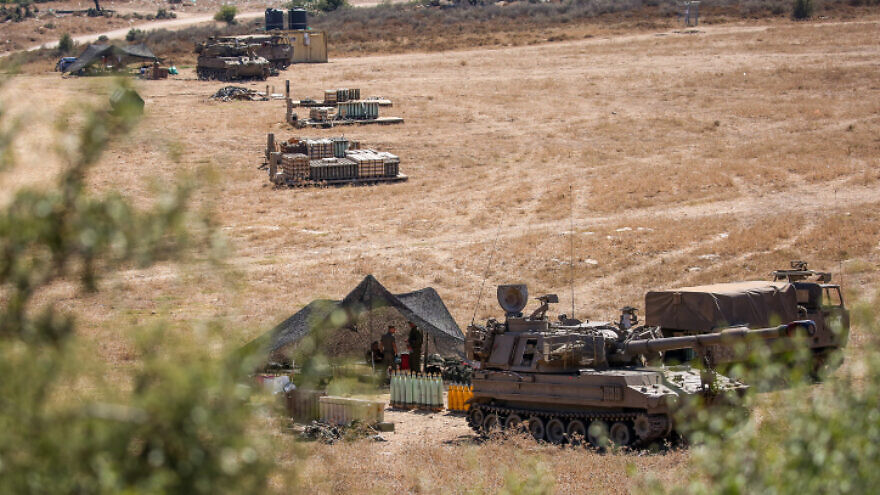 Israel’s Iron Dome air-defense system downed one of the rockets, while the second fell in an open area, according to the military. No injuries or damage were reported, and the IDF Home Front Command issued no special guidelines for residents of the north.

Israeli Defense Minister Benny Gantz warned on Tuesday that Israel would not tolerate the current Lebanese crisis spilling over into Israel, and reiterated that Israel holds Lebanon responsible for attacks emanating from its territory.

“We will not allow the social, political and economic crisis in Lebanon to turn into a security threat to Israel. I call on the international community to take action to restore stability in Lebanon,” he said.

“The state of Lebanon is responsible for the rockets fired overnight, as it allows terrorists to operate within its territory. Israel will act against any threat to its sovereignty and its citizens, and will respond in accordance to its interests—at the relevant time and place,” he added.

Lebanon is in the midst of a severe economic crisis, with shortages of fuel, medicine and basic goods. The Lebanese currency is foundering and banks have moved to restrict withdrawals and transfers.

Gantz offered Lebanon assistance in a July 4 speech, saying Israel was “ready to act and to encourage other countries to extend a helping hand to Lebanon so that it will once again flourish and emerge from its state of crisis.”

“As an Israeli, as a Jew and as a human being, my heart aches seeing the images of people going hungry on the streets of Lebanon,” said Gantz.

The crisis, which began in late 2019, is blamed by many in Lebanon on corruption and mismanagement by the political class.