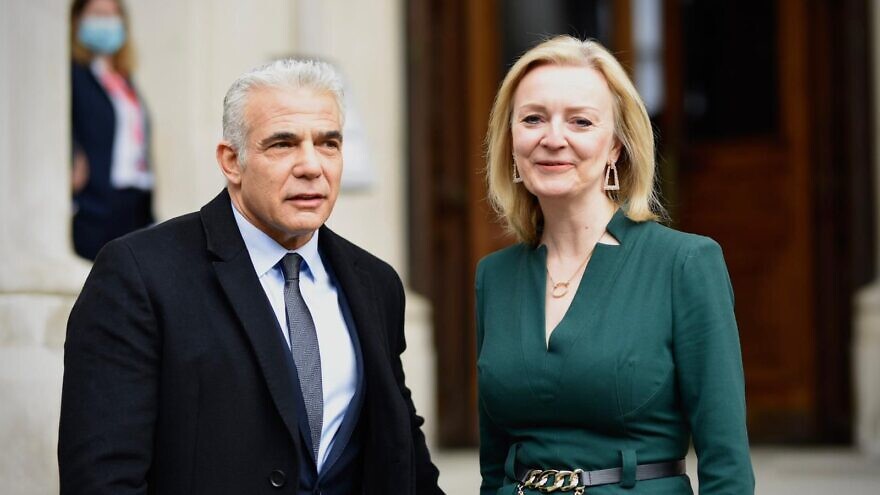 A British government spokeswoman said Truss had told Lapid “about her review of the current location of the British Embassy in Israel.”

Truss, who was the foreign secretary until Sept. 6, pledged during the Conservative Party leadership contest in August to review moving the embassy, adding that she was aware of “the importance and sensitivity” that surrounded the legation’s location.

In May 2018, the United States opened its embassy in Jerusalem, a year after President Donald Trump announced that he would move it to the Israeli capital from Tel Aviv.

In a video address at the time, Trump stated, “Israel is a sovereign nation, with the right like every other sovereign nation, to determine its own capital. Yet for many years, we failed to acknowledge the obvious. The plain reality that Israel’s capital is Jerusalem. Today we follow through on this recognition and open our embassy in the historic and sacred land of Jerusalem.”