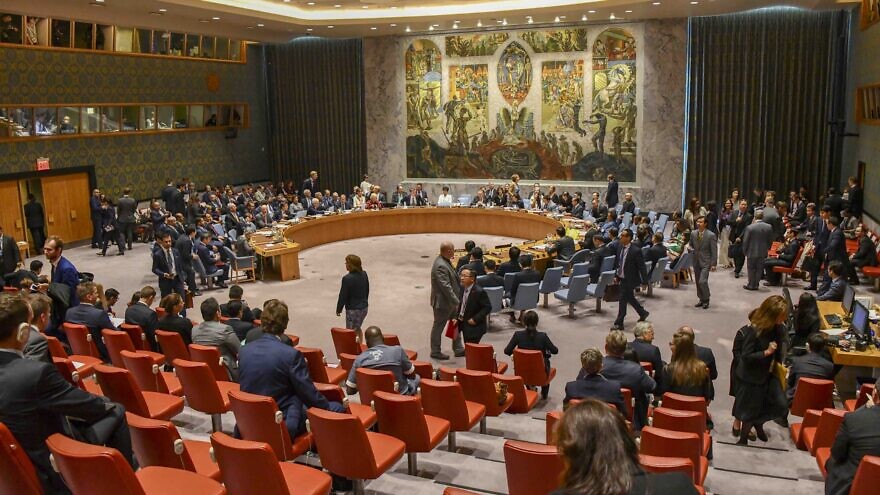 The United Arab Emirates submitted a request for the meeting on behalf of the Arab League and at the behest of Jordan and the Palestinians. The UAE was joined by China, France and Malta in its submission. It comes after Ben-Gvir, the Otzma Yehudit Party leader, ascended Judaism’s holiest site on Tuesday morning.

Ben-Gvir’s visit was widely and unsurprisingly criticized in the Arab world, including in the UAE and Jordan, which claim Ben-Gvir violated the status quo at the flashpoint holy site. The Temple Mount is also home to the Al-Aqsa Mosque and the Dome of the Rock.

This was the first Temple Mount visit by an Israeli minister since Uri Ariel, then the agriculture minister, ascended in July 2018 following the end of a three-year visitation ban on Knesset members applied by the Israeli government.

Gilad Erdan, then the public security minister, also went up to the Temple Mount in 2017, though that was for a security briefing following a deadly Palestinian terror attack at the site.

Erdan called Thursday’s meeting “a ridiculous and unnecessary discussion regarding the Temple Mount, which was set only because the U.N. is a distorted and biased body that discriminates against Israel.”

He called allegations that Jewish visits to the Temple Mount are violations of the status quo “misleading” and said they cause “security and stability to be undermined.”

An official in the office of Israeli Prime Minister Benjamin Netanyahu said that Netanyahu is fully committed to the Temple Mount’s status quo, which only allows Muslim worship there. The official said that Ben-Gvir’s tour around the site complied with an arrangement that allows non-Muslims to visit but not pray.

The U.S. was critical of Ben-Gvir’s visit, with a National Security Council spokesperson stating that “the United States stands firmly for preservation of the status quo with respect to the holy sites in Jerusalem. Any unilateral action that jeopardizes the status quo is unacceptable.”

State Department spokesperson Ned Price chimed in as well, saying, “We oppose any unilateral actions that undercut the historic status quo. They are unacceptable.”

The Palestinian Authority released a statement saying the Temple Mount compound is a “Muslim holy site” and that Israel has no claim to Jerusalem, including the Old City and its holy sites.

No resolution is expected to be issued by the Security Council, and a consensus statement is unlikely, given Washington’s relatively reliable backing of Israel in the chamber.