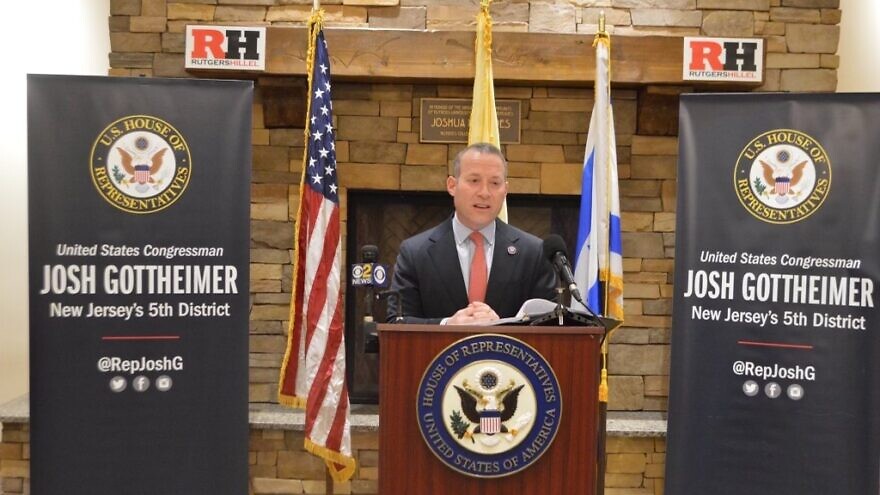 (December 14, 2021 / JNS) Rep. Josh Gottheimer (D-N.J.) addressed Jewish students at Rutgers University on Monday concerning the rise of anti-Semitism on campuses across the country, as well as support for the U.S.-Israel relationship.

“As we all know, anti-Semitism is nothing new. We have certainly faced more virulent, painful and punishing moments in our history. But in recent years, what had been simmering beneath the surface has now been uncorked, and we are seeing it rear its ugly head from extremists both on the far-right and the far-left,” said Gottheimer.

“That’s why we are counting on our community here at Rutgers—New Jersey’s flagship university—to stand strong in our shared fight against hate. Let me be as clear as I can be: no student deserves to be targeted because of who they are or what they believe, here or anywhere. When the Jewish community at Rutgers is confronted by hate or intolerance, this is an attack on all of us.”

The congressman discussed what happened last summer involving the school’s chapter of Students for Justice in Palestine (SJP).

SJP and Rutgers Mutual Aid released a statement on July 26 that called Zionism one of the “real threats to Jewish safety today,” attacked the university’s support of “apartheid Israel” and criticized Hillel’s support of Israel. The statement also argued that Zionism “purposely ties all Jews to the Israeli regime and, by extension, its crimes.”

In addition to that incident, Gottheimer noted that “many students have also witnessed hostile anti-Semitic tropes and rhetoric associated with aggressive BDS tactics here. For example, the campus student group Students for Justice in Palestine has not only called for BDS but has also vocally and repeatedly spoken out against fellow students, the Jewish community and Hillel for being Zionists.”

“BDS inherently denies the Jewish people’s 3,000-year-old connection to the land of Israel, while seeking to delegitimize Israel and deny its right to exist as a Jewish state,” he said. “This is anti-Semitism dressed up as political purity.”