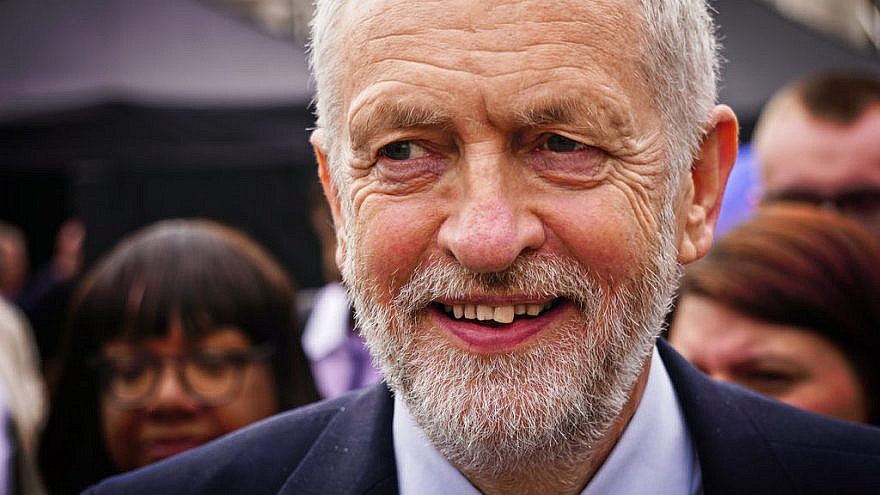 (December 10, 2019 / JNS) The Simon Wiesenthal Center released its annual list of the top 10 global anti-Semitic incidents, along with anti-Semitic people, and the No. 1 spot was given to the Jeremy Corbyn-led British Labour Party.

“No one has done more to mainstream anti-Semitism into the political and social life of a democracy than the Jeremy Corbyn-led Labour Party,” said the Simon Wiesenthal Center. “Members and staff who have dared to speak out against the hate were purged, but not those who declared ‘Heil Hitler’ and ‘F–k the Jews.’ ”

The list is normally published in late December or early January, but was released early this year, perhaps due to upcoming elections on Dec. 12, according to The Times of Israel.

Rabbi Marvin Hier, dean and found of the Simon Wiesenthal Center, told Daily Mail that if Corbyn becomes the new prime minister of the United Kingdom, he will make Britain “a pariah on the world stage.”

This is not the first time Corbyn made the Simon Wiesenthal Center’s annual list.

On Sunday, more than 3,000 people gathered in Parliament Square in central London to stand against anti-Semitism and to hear speeches about its dangerous rise. The square was filled with rally-goers holding signs that said “together against anti-Semitism” and “solidarity with British Jews.”